Rep. DeSantis: My encounter with the shooter

Lawmaker looks back at brief encounter with James T. Hodgkinson before the shooting when he asked him whether Democrats or Republicans were on the baseball field #Tucker

Politicians from both parties are calling for political unity in the wake of the shooting that left House Majority Whip Steve Scalise in critical condition -- and are looking to show that bipartisanship when the baseball game Scalise and colleagues were practicing for goes on as scheduled Thursday evening.

Scalise, R-La., his party’s No. 3 leader in the House, was among four wounded when James T. Hodgkinson, 66, opened fire at the ballfield at about 7 a.m. The gunman was armed with a rifle and was shot by police at the scene and later died.

Scalise was hit while standing on second base, witnesses said. The bullet “travelled across his pelvis, fracturing bones, injuring internal organs” and caused severe bleeding, MedStar Washington Hospital said in a statement.

"He underwent immediate surgery, and an additional procedure to stop bleeding. He has received multiple units of blood transfusion," the statement read.

News of the gunfire sent chills throughout Washington and prompted lawmakers from both sides of the aisle to issue statements calling for unity.

“For all the noise and fury, we are a family. An attack on one of us is an attack on all of us,” House Speaker Paul Ryan tweeted. 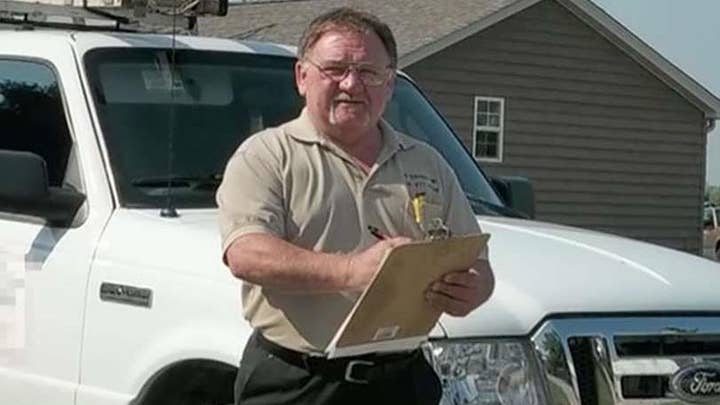 House Minority Leader Nancy Pelosi said, “We are not one caucus or the other in this House today.”

On Facebook, Hodgkinson was a member of a group called “Terminate the Republican Party,” a fact that seemed to take on chilling new meaning in light of an account from South Carolina Rep. Jeff Duncan. He said he was preparing to leave the baseball field when a man politely asked him whether it was a Democratic or Republican team before quietly walking off.

The Capitol Hill police officers, Crystal Griner and David Baily, were praised for preventing what could have been a massacre. There were a dozens of people—congressmen and staff—at the field.

Kentucky Senator Rand Paul gave a first-hand account in an interview, saying, "Everybody probably would have died except for the fact that the Capitol Hill Police were there."

Until recently, Hodgkinson ran a home-inspection business out of his house in southern Illinois. His Facebook page shows that he was a fan of Vermont Sen. Bernie Sanders, who last year made an unsuccessful bid for the Democratic presidential nomination.

Sanders acknowledged Wednesday that Hodgkinson had apparently been among many volunteers on his 2016 campaign.

“I am sickened by this despicable act, and let me be as clear as I can be…I condemn this action in the strongest possible terms,” Sanders said.

The Wall Street Journal, in an op-ed, wrote, “Politically motivated attempts at mass murder aren’t common but they do happen and too often they’re exploited for partisan ends. The good news is that on Wednesday most political leaders rose to higher ground.”