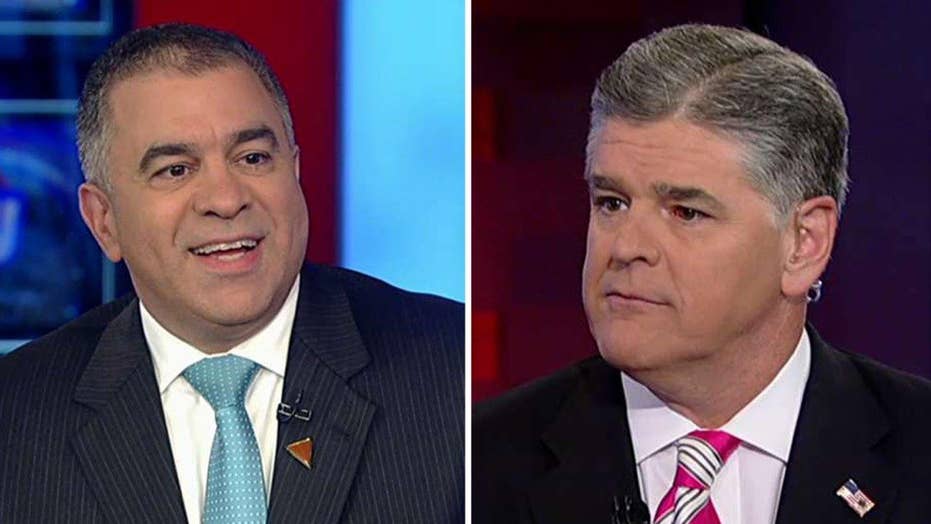 David Bossie: Trump is showing a willingness to listen

President-elect Donald Trump’s Deputy Campaign Manager said on Wednesday that Trump wants “to show America that he wants to be president of all of the people.”

In an interview with Fox News' "Hannity," David Bossie discussed President-elect Trump’s decision to meet with people such as Former Vice President Al Gore and Former Governor Mitt Romney. Bossie said what Trump “has done is an incredibly deliberative process. He has really cast a wide net.”

“He will take guidance and advice,” Bossie said of Trump. “He will at least listen from a lot of wide ranging voices.”

When asked if some of these people Trump has been talking to will have a negative influence on him and his agenda, Bossie defended Trump’s decision to have the meetings. “The people he is bringing together-- his cabinet,” Bossie said. “Is going to really allow him to get that agenda forwarded for the American people.”

“The President- elect will make the right decision for him,” Bossie said.

“We’re going to have some tough times in the White House,” Bossie acknowledged. “President-elect Trump and when he becomes president, President Trump will obviously be challenged… as he engages all of the problems that we have today.”