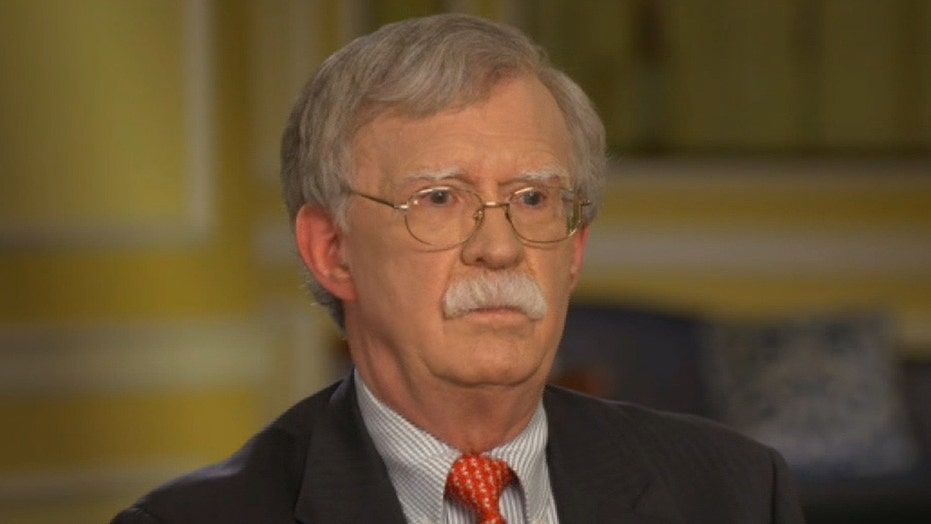 Bolton: Trump's coronavirus response demonstrates exactly the kind of fear I have about his decision-making

Former National Security Adviser John Bolton, in an interview with Fox News’ Bret Baier, blasted President Trump's coronavirus response as "incoherent" as he tore into what he labeled the unpredictable nature of the president's decision-making.

"The difference between [Joe] Biden and Trump is that Biden has a view, and Trump has no view," Bolton said, when asked who would be better on foreign policy. "On any given day, any decision is possible. And I find that frightening. I find the response to the coronavirus demonstrates exactly the kind of fear that I have."

The interview, airing Tuesday at 6 p.m. ET on Fox News' "Special Report with Bret Baier," comes as Bolton's tell-all memoir "The Room Where It Happened," is released to the public.

BOLTON, IN BOOK, ACCUSES TRUMP OF 'OBSTRUCTION OF JUSTICE AS A WAY OF LIFE,' ASKING CHINA'S XI FOR HELP

In the book, Bolton reveals sensitive details of his time in the Trump administration and levels damning accusations against the president, including that he allegedly asked China to help him get reelected and wanted to intervene in an investigation of a Turkish-owned bank.

Despite those allegations, however, Bolton said he does not regret his time in the White House.

"I did the best I could and, given the opportunity, I would do it again," he said. "I'm sure I made a lot of mistakes, I have no doubt of that. I wish I could correct them in retrospect. But I think the kind of security for America that I advocate, it's the mainstream of the Republican Party, and my disappointment is that Trump is so far outside."

Secretary of State Mike Pompeo criticized Bolton over the book in a recent "Hannity" interview, going so far as to compare him to intelligence whistleblower Edward Snowden. Bolton disagreed, but did not appear to put much stock in the remark because, he says, Pompeo has made a habit of going along with the president:

"That's complete nonsense, but on the other hand the president was quoted months ago calling me a traitor, so the fact Pompeo does is par for his course."

For his part, Trump has railed against Bolton and said he should face jail time for allegedly including classified material in his book -- something Bolton denies.

“Washed up Creepster John Bolton is a lowlife who should be in jail, money seized, for disseminating, for profit, highly Classified information,” Trump tweeted early Tuesday. “Remember what they did to the young submarine sailor, but did nothing to Crooked Hillary. I ended up pardoning him - It wasn’t fair!”