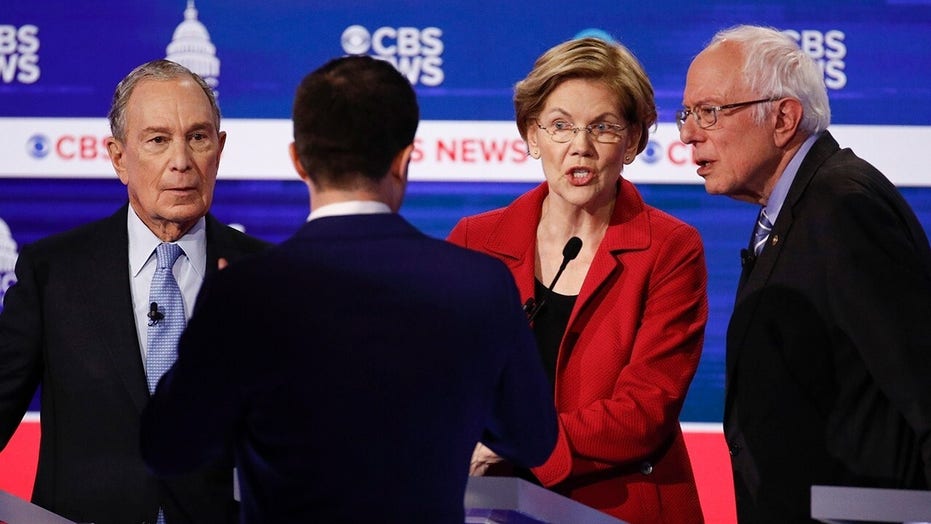 Griff Jenkins reports from Charleston with a recap of the night's biggest moments.

Former New York City Mayor Mike Bloomberg has vowed to stay in the 2020 Democratic presidential race until "the bitter end."

“I am going to stay right to the bitter end, as long as I have a chance,” Bloomberg told MSNBC in an interview scheduled to air on Friday.

Saturday's Democratic primary in South Carolina is the last of four early-voting contests in which Bloomberg does not appear on the ballot. Sen. Bernie Sanders, I-Vt., has won the previous two contests in New Hampshire and Nevada following a close second-place finish in Iowa.

Bloomberg added that he wouldn't give up at the Democratic National Convention even if Sanders garnered a plurality of pledged delegates.

"If Bernie Sanders were to get a majority, then of course not," Bloomberg clarified.

Sanders has attacked Bloomberg for allegedly buying his way into the race after other candidates had already been running for months.

"I'm running a race and I'm behind with one lap to go," Bloomberg said. "What? Am I going to quit? No, you run harder."