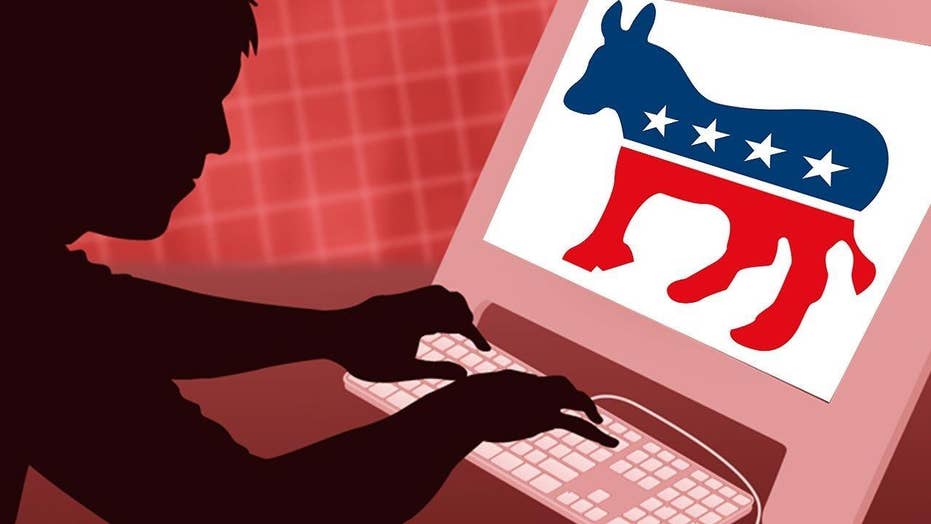 On its Facebook page, BLM said officials should "stop pacifying" them.

“We are disappointed at the DCCC’s placating response to our demand to value all Black life. Black communities deserve to be heard, not handled. People are dying,” the organization said, in response to the leaked document.

The leaked files were posted along with other Democratic documents by Guccifer 2.0, a hacker of unknown origin who the U.S. says could be working out of Russia and is intent on disrupting the U.S. presidential election. Guccifer 2.0 claims the documents were taken from House Minority Leader Nancy Pelosi’s personal computer.

Pelosi spokesman Drew Hammill, in a statement, called the leak an “attempt by Russia to influence our election,” while saying Pelosi “does not support the content or attitude of this memo. On many occasions, Leader Pelosi has publicly supported the ideals embraced by the Black Lives Matter movement and continues to do so.”

He also noted Pelosi “does not have a personal computer at the DCCC so no hacked, dumped or doctored documents can be attributed to her computer.”

It's the latest leak to dog Democrats, after another document dump exposed discussions in the upper reaches of the party about undermining Hillary Clinton primary foe Bernie Sanders.

The Nov. 19, 2015, memo was sent to DCCC staff by Troy Perry, who was the DCCC director of diversity but now works for the Clinton campaign. The DCCC is House Democrats' campaign arm.

In the email, he lays out the “best practices” for dealing with Black Lives Matter members.

“If approached by BLM activists, campaign staff should offer to meet with local activists. Invited BLM attendees should be limited,” the email said. “Please aim for personal or small group meetings. Listen to their concerns, don’t offer support for concrete policy positions.”

The memo also urged against mentioning "black on black crime" or "all lives matter."

"This response will garner additional media scrutiny and only anger BLM activists," the memo said.

Meredith Kelly, national press secretary for the DCCC, said in a statement Wednesday that the organization “highly respects and values the leadership of the Black Lives Matter movement.”

“In less than two years, BLM has evolved from three words into a political force that is changing and waking our nation,” she said. “At the DCCC, we highly encourage our candidates to not only embrace the importance of this movement, but to meet with and listen to community activists to partner social change.”

Black Lives Matter is a national organization that was created in 2012 after the shooting death of 17-year-old Trayvon Martin. The movement has since grown and the group has been at the forefront of documenting and protesting the killings of Alton Sterling, a black man shot several times during an encounter with police officers outside a convenience store, and Philando Castile, a Minnesota man whose death was livestreamed on the Internet.

Its members have also gotten into confrontations with political candidates, including Democrats.