The Democratic National Committee is moving forward with a convention this summer in Milwaukee, but has scaled back the venue and asked state delegates to stay home as the country continues to grapple with the coronavirus pandemic.

The convention, which will take place between Aug. 17 and 20, has been moved from Fiserv Forum, home to the NBA’s Milwaukee Bucks, to the smaller Wisconsin Center, which is the city’s convention center, the DNC said in a news release.

The statement said Democratic nominee Joe Biden will "accept his party’s nomination in Milwaukee." The DNC, though, also remained mum on how many people will be allowed to be in the audience inside the Wisconsin Center come August, though said delegates will be asked to stay at home and do their business remotely.

“Vice President Biden intends to proudly accept his party’s nomination in Milwaukee and take the next step forward towards making Donald Trump a one-term president,” Jen O’Malley Dillon, Biden’s campaign manager, said in a statement. “The city of Milwaukee has been an incredible partner and we are committed to highlighting Wisconsin as a key battleground state at our convention this August.

She added: “This will be a convention for all Americans who wish to join our mission to win the battle for the soul of this nation and build a fairer, more united country for us all.” 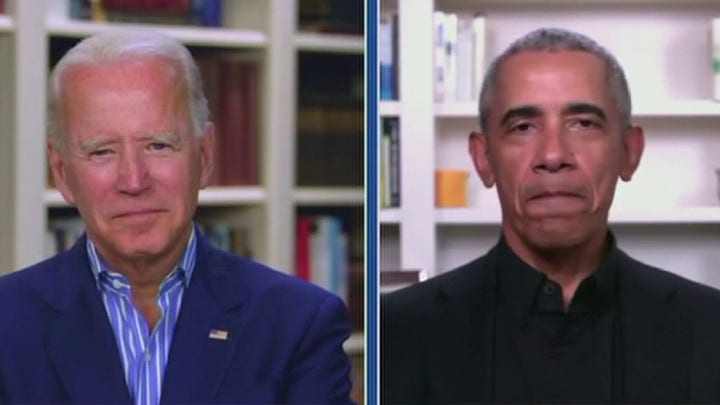 The news release said the convention will include "live broadcasts and curated content from Milwaukee and other satellite cities, locations and landmarks across the country."

Wisconsin is a perennial bellwether state and one that went to Donald Trump in the 2016 presidential election after the Democratic nominee, Hillary Clinton, infamously failed to make a campaign stop there.

The coronavirus pandemic has thrown both major political parties’ conventions into a state of flux, as both the DNC and GOP work to scale back events that draw thousands of people from across the country to particular cities every four years.

The RNC recently called a last-minute audible to change the site of its convention after dispute between North Carolina Gov. Roy Cooper, President Trump and the RNC over whether Charlotte, the original site, could accommodate a full-scale convention because of the state's coronavirus social-distancing guidelines.

When it became clear the RNC would be unable to host a full-fledged event as desired in North Carolina, Trump called for a change in venue and the committee went looking for another host city to handle the celebration and festivities.

Instead, the convention will now run from Aug. 24-27 in both Charlotte and Jacksonville, Fla. The RNC emphasized that much of the "business" will take place in North Carolina, but some of the more celebratory events, including President Trump's acceptance of the party's nomination, will take place in Florida — most likely at VyStar Veterans Memorial Arena.