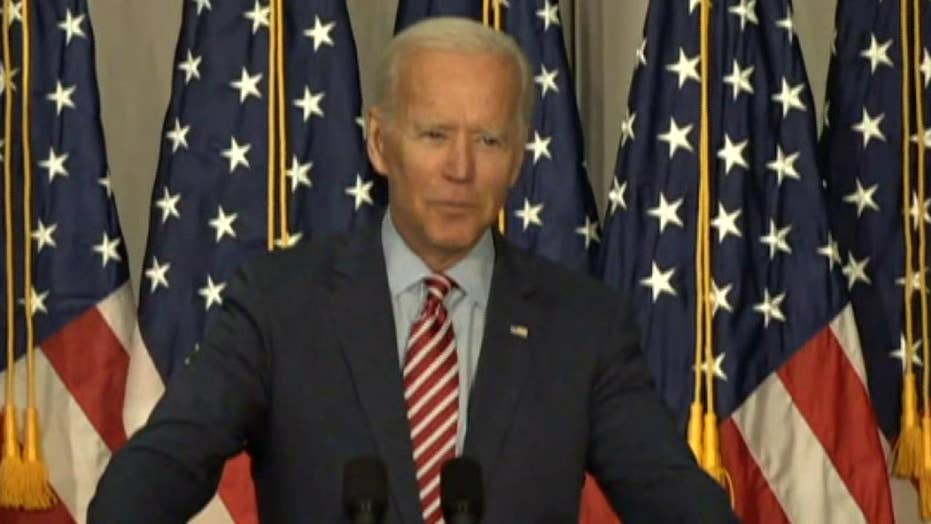 In his opening remarks, Biden tells the audience 'I'm not going anywhere.'

Biden’s haul is a drop of more than $6 million from the $21.5 million he raised in the April-June second quarter of fundraising, and is far behind the $25.3 million that nomination rival Sen. Bernie Sanders of Vermont brought in the past three months. It’s also less than the $19.1 million that South Bend, Ind., Mayor Pete Buttigieg raised in the third quarter.

SANDERS HAULS IN AN EYE-POPPING $25.3 MILLION IN THIRD QUARTER

Highlighting the numbers, Biden campaign manager Greg Schultz noted that “today’s fundraising totals put the campaign in a strong position as we enter the fall. The question any campaign faces at this point is whether or not you have the resources to compete in early states and sustain your efforts beyond. Our campaign unequivocally does, and builds on our strength each week.” 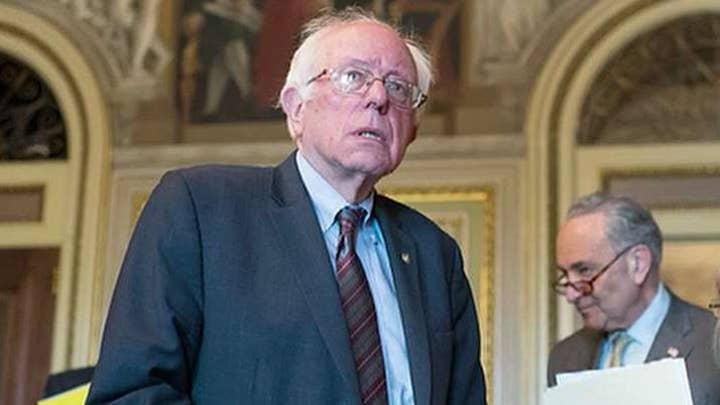 The Biden camp emphasized that 98 percent of all donations were from grassroots donors giving $200 or less, and that 56 percent of contributors in the past three months were new to the campaign.

Sen. Kamala Harris of California reported bringing in $11.6 million in the third quarter, with tech entrepreneur Andrew Yang hauling in $10 million, triple what he raised in the second quarter. Sen. Cory Booker of New Jersey announced he raised over $6 million.

Among those yet to report third-quarter fundraising figures is Sen. Elizabeth Warren of Massachusetts, who is tied with Biden for the lead position in most the recent national and early-voting-state Democratic nomination polls.

President Trump’s reelection team announced that it and the Republican National Committee combined had brought in a massive $125 million in the third quarter.

Tuesday was the first day campaigns could announce their third-quarter numbers, but they have until Oct. 15 to officially file their fundraising reports with the Federal Election Commission.

Campaign cash is a crucial barometer of a candidate’s appeal and popularity and of his or her campaign’s strength. The third-quarter fundraising figures of the Democratic presidential candidates will be heavily analyzed and scrutinized. Fundraising dollars can be used by the candidates to pay for campaign staff and grassroots outreach efforts, travel, and ads.