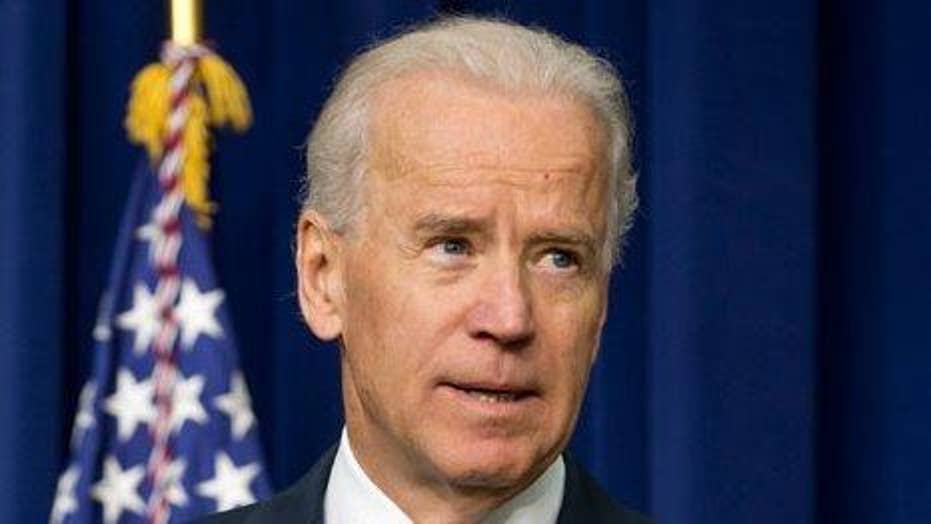 Reaction from Josh Kraushaar, politics editor for The National Review

WASHINGTON – Vice President Joe Biden is developing a partnership with the University of Delaware that will focus on economic and domestic policy, a Biden aide said Wednesday, rounding out the vice president's plans for after he leaves the White House.

In addition to working with the Delaware school, Biden's alma mater, he also plans an affiliation with the University of Pennsylvania. The Ivy League school in the state of his birth will house Biden's activities on foreign policy and global engagement initiatives, said the aide, who requested anonymity because the partnership hasn't yet been publicly announced.

The two partnerships shed new light on how Biden will spend his time as a private citizen after more than four decades in public office. First elected to the Senate in 1972, Biden served there until becoming the vice president in 2009.

Over the years, Biden has focused intensely on foreign policy, becoming the Senate Foreign Relations Committee chairman, and on domestic issues including violence against women and middle-class economic issues. All are expected to remain part of Biden's work after the Obama administration.

He also plans to continue with his more recent "cancer moonshot" effort to accelerate developments toward a cure. The initiative was launched after his son, former Delaware Attorney General Beau Biden, died from brain cancer in 2015. With backing from President Barack Obama, it has focused on trying to streamline efforts of the many cancer research institutions and increase sharing of data about specific tumors that can be used to develop targeted treatments.

Biden was driven to establish a relationship with the University of Delaware because of his fondness for his alma mater and desire to stay connected to the state he represented in the Senate, the aide said.

The vice president graduated in 1965 from the school, which has its main campus in Newark and campuses in other Delaware communities. He was born in Scranton, Pennsylvania, a two-hour drive from Philadelphia, where the University of Pennsylvania is located.

The vice president appeared to reference the project at Penn on Tuesday when he was heard on a hot mic discussing his plans while swearing in new senators at the Capitol. He's expected to release more details about the work he'll perform at both universities after his term as vice president ends on Jan. 20.

Biden, who considered running for president in 2016, has said recently he could consider running again in 2020.