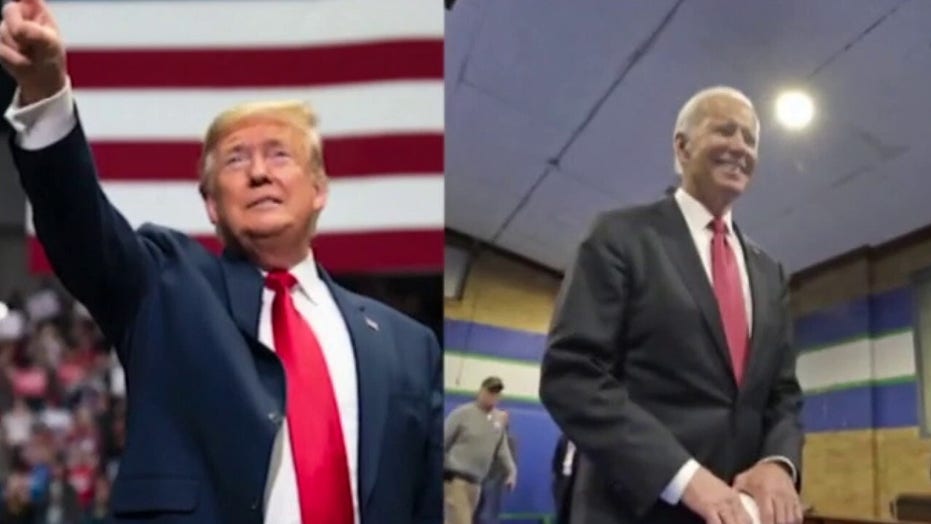 A new poll in the crucial general election battleground state of Wisconsin indicates Democratic challenger Joe Biden opening up a lead over President Trump. And a new survey in the swing state of Ohio shows the presumptive Democratic presidential nominee virtually tied with the GOP incumbent in the White House.

Biden tops the president 49-41 percent among registered voters in Wisconsin, according to a Marquette Law School poll released on Wednesday. And the former vice president edges Trump 46-45 percent in Ohio in a Quinnipiac University poll also out on Wednesday. Biden’s 1-point advantage is well within the survey’s sampling error.

The release of the two surveys comes four and a half months before the November general election, which is an eternity in campaign politics.

Biden’s 8-point lead in the Marquette poll is up from a 3-point edge in the previous survey, which was conducted last month.

“We saw very stable polling through the spring, but in this poll there’s a bigger move towards Biden,” noted Charles Franklin, the poll’s director. “It’s a relatively widespread gain. He’s picking up across different regions and different groups.”

The poll shows Biden with overwhelming Democratic support and the president easily capturing GOP voters, with independents breaking for Biden by a 38-30 percent plurality. In last month’s survey, Trump held the edge among independent voters.

The president’s approval rating in the survey stands at 45-51 percent, down from 47-49 percent last month.

Wisconsin is one of three of the so-called "Rust Belt" states – along with Pennsylvania and Michigan – that Democrats carried in presidential elections dating back a quarter-century until Trump narrowly flipped them from blue to red in 2016, helping him upset Democratic nominee Hillary Clinton to win the White House.

The Marquette Law School poll was conducted June 14-18, with 805 registered voters in Wisconsin questioned by live telephone operators. The survey’s sampling error is plus or minus 4.3 percentage points.

A Fox News poll in Wisconsin conducted three weeks ago indicated Biden with a 9-point lead over the president.

A Fox News poll also in the field at the same time showed Biden with a 2-point edge in Ohio, which was basically a tie as the margin was well within the survey’s sampling error.

Quinnipiac’s new poll in Ohio also showed the race all knotted up. It indicated the expected extremely wide partisan divide, with the president narrowly edging Biden 44-40 percent among independent voters.

Ohio has long been a crucial battleground state in presidential general elections. It’s been won by the victor in each election dating back to 1964. President Obama carried the state by 3 points in his 2012 re-election, but Trump turned Ohio red in 2016, winning by 8 points.

"You have to go back 60 years to find an election where Ohio was NOT a lynchpin or a pathway to the presidency. That is why this very close horse race is so deeply consequential,” Quinnipiac University Polling Analyst Tim Malloy highlighted.

The Quinnipiac University poll was conducted June 18-22, with 1,139 self-identified registered voters in Ohio questioned by live telephone operators. The survey’s sampling error is plus or minus 2.9 percentage points.