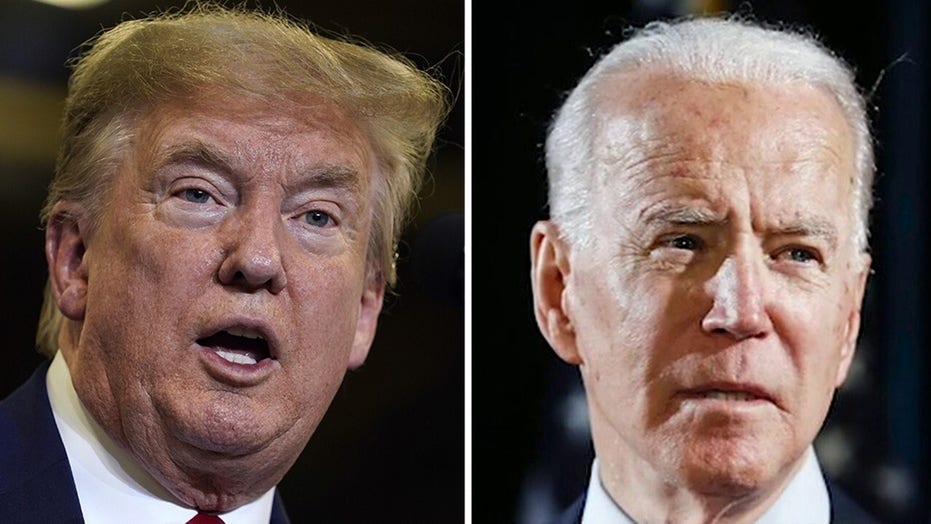 “It's great to be in Jacksonville,” the presumptive Democratic presidential nominee said from his home in Delaware as he held an online roundtable discussion with roughly 27 African-American leaders in the northeast Florida city.

“I’m anxious to get down in person, campaign in person with you all,” Biden said.

But that’s going to have to wait.

Due to social distancing restrictions to prevent the spread of the coronavirus, traditional in-person campaigning -- such are rallies, town halls and fundraisers -- are currently out of the picture.

Biden highlighted his "Plan for Black America," which he unveiled on Monday, and he stressed how the pandemic is disproportionately hurting African-Americans.

“This disease has magnified some of the worst systemic inequities wrenching those gaps even wider. And it's shining a bright light on the structural racism that plagues our lives plagues our laws our institutions, and our culture,” Biden said. “We need an overwhelming moral response to right the wrong to heal the fissures in our society to close these gaps, not only to get us through this crisis but to resurrect America, restore its soul by grace never been in a way that reflects our values.”

And for the third day in a row, the former vice president also spotlighted the case of Ahmaud Arbery, the 25-year old black man in southern Georgia who was fatally shot in February after being pursued by two armed white men. The controversial killing -- which Biden termed a “tragedy” -- is gaining widespread national attention, particularly after a graphic video of the incident was released this week.

“Many of us have seen that harrowing footage of Ahmaud Arbery on a jog on a beautiful day in February in Georgia shot down in cold blood, essentially lynched before our very eyes. 2020 style... So plainly unmistaken without mercy. He would have turned 26 years old tomorrow. Tomorrow. His family and the country deserve justice. They deserve it now. They deserve a set full and transparent investigation of this brutal murder. Our nation deserves it as well,” Biden said.

The roundtable in Jacksonville was followed by a virtual rally with supporters in Tampa. The former vice president beamed in live for that event from what appeared to be a screened in porch or deck at his home in Delaware - rather than the basement studio he's been using for nearly two months.

Thursday's events appear to be Biden’s first since becoming the all-but-certain nominee and moving to a general election battle against President Trump to specifically target a key battleground state.

For a quarter-century, Florida has been the nation’s most populous general election battleground state. Barack Obama captured the state by razor-thin margins in 2008 and 2012, respectively, with Trump narrowly winning the state’s 29 electoral votes almost four years ago.

General election polls from Fox News and Quinnipiac University that were conducted in Florida in mid-April showed Biden with a slight single-digit edge over Trump.

The virtual events in Florida come just a couple of days after two of the political masterminds behind Obama’s historic 2008 presidential election victory urged Biden to beef up his digital game and be more aggressive in taking the fight to Trump amid the unique 2020 political circumstances transformed by the coronavirus pandemic.

David Axelrod -- who was the senior strategist for Obama’s 2008 campaign and 2012 reelection -- and Obama's 2008 campaign manager David Plouffe, in an opinion piece in The New York Times, also urged the candidate to break out of the “Biden in the basement” setting from his TV studio in the basement of his Delaware home.

The president flew to Arizona on Tuesday -- his first major trip away from the nation’s capital and the East Coast since coronavirus shut down the country -- to highlight how his administration has handled combating the pandemic. While the visit was an official White House trip, it did benefit his reelection campaign. While Trump’s anxious to resume campaigning, there’s no word on when campaign swings would restart.

"The President is optimistic and wants to get back on the campaign trail as soon as it’s safe," Trump campaign and Republican National Committee spokesman Rick Gorka told Fox News. 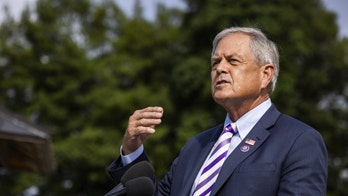