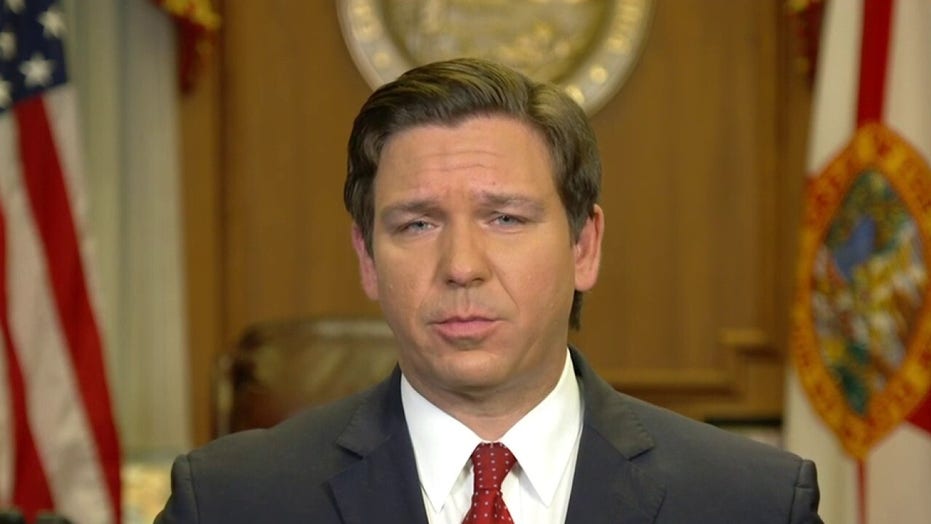 Gov. DeSantis: Florida getting back to work without imposing 'draconian' restrictions

The vast majority of Floridians don’t want the state’s social distancing rules – enacted to prevent the spread of the coronavirus pandemic – to be loosened at the end of April, according to a new poll.

The survey by Quinnipiac University was conducted before and released the day after Florida Gov. Ron DeSantis declared on Tuesday in an appearance on "Fox and Friends" that his state "has flattened the curve” without "draconian orders" like other states.

The state’s first-term Republican governor -- a major supporter of President Trump -- issued a statewide stay-at-home order earlier this month and was one of the last governors to do so.

Now DeSantis is anxious to reopen the economy in his state  – which like the rest of the nation has been devastated as most Americans huddle in their homes. 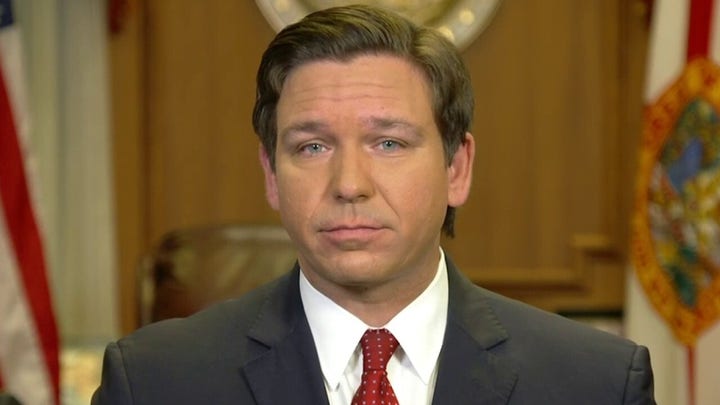 But unlike in neighboring Georgia, Florida’s governor has yet to announce steps to slowly lift restrictions. The governor’s task force is expected to make recommendations on Friday on how and when the first steps can be taken to reopen businesses and commerce.

The president’s been pushing to restart the economy following massive job layoffs due to the shuttering of much of the economy to limit the spread of the virus. Last week, Trump unveiled guidelines for greenlighting when states can get back to business.

"The state's stay-at-home order is scheduled to expire at the end of the month of April, but nearly three-quarters of Floridians are not ready to drop their guard," Quinnipiac University Polling Analyst Tim Malloy emphasized.

Half of those questioned approve of the way DeSantis is handling his state’s response to the coronavirus outbreak, with 41 percent disapproving. But by a 61-34 percent margin, Florida voters say that DeSantis should have acted quicker in reacting to the coronavirus crisis. There’s an expected large partisan divide on that question.

The president’s slightly underwater in Florida when it comes to his response to the pandemic, with 46 percent approving and 51 percent disapproving of how he’s handled the crisis.

For a quarter century, Florida’s been the nation’s most populous general election battleground state. Barack Obama captured the state by razor thin margins in 2008 and 2012, with Donald Trump narrowly carrying it four years ago.

The Quinnipiac poll indicates presumptive Democratic presidential nominee Joe Biden with a 46-42 percent edge over Trump in Florida if the November election were held today.

“The candidates are holding their bases just about equally well, as Biden wins among Democrats 91-4 percent and Trump wins among Republicans 89-7 percent. The race is close among the key swing group, independents, with Biden getting 44 percent of the vote and Trump receiving 37 percent,” the poll’s release spotlighted.

Half of Floridians hold an unfavorable view of the president, with 43 percent seeing him in a positive light. Biden is slightly above water, at 43-40 percent favorable/unfavorable.

The Quinnipiac University poll was conducted April 16-20, with 1,385 self-identified registered voters in Florida questioned by live telephone operators. The survey’s sampling error is plus or minus 2.6 percentage points.