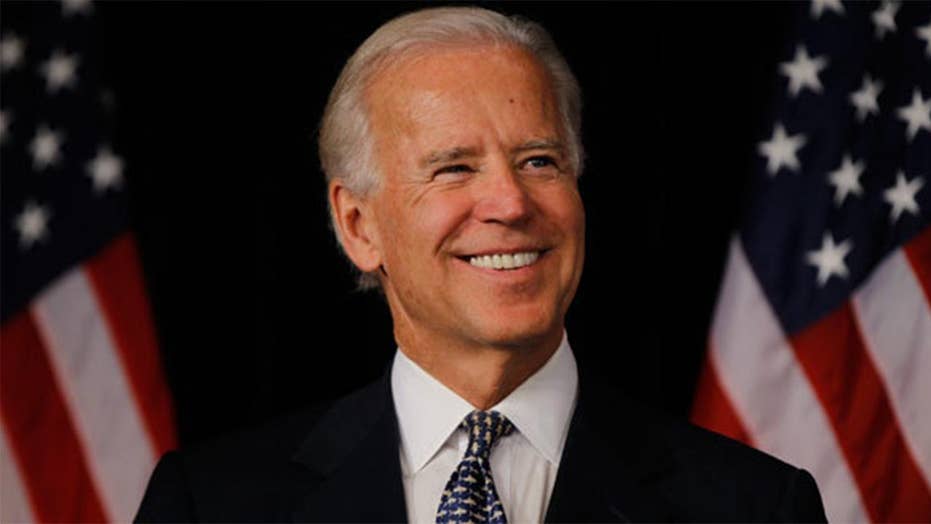 Report: Joe Biden believes he is the 'best hope' for 2020

Former Vice President Joe Biden is almost certain to run for president in 2020, a source with direct knowledge told Fox News on Thursday.

The source said the timing of an announcement is still up in the air. With such a crowded field of Democratic hopefuls, Biden wants to keep big donors and potential staffers with him, and has been conducting outreach to former colleagues, grassroots activists and contributors, the source said.

A “Friends of Joe” group, which has been inactive since 2016, has been busy with a flurry of emails, conversations and activities, the source said. The group comprises longtime aides, donors, supporters and friends.

But some close to Biden suggest with his name recognition and long record of public service, he can afford to wait before moving forward.

Earlier Thursday, The Hill ran a story citing a source who said “it’s pretty clear he’s jumping in,” saying Biden is “95 percent there.”

In January, Biden seemed to try to distinguish himself from a largely liberal field of Democratic 2020 candidates by joking “that one of my problems is, if I ever run for president, I like Republicans.”

“Where I come from, I don’t know how you get anything done until we start talking to one another again,” Biden said.

Biden, a former Delaware senator, unsuccessfully sought the Democratic nomination in 1988 and 2008.

According to a Morning Consult survey released this week, Biden and Vermont Sen. Bernie Sanders – he's also said to be weighing another run for the presidency – lead the field in the race for the 2020 Democratic nomination.