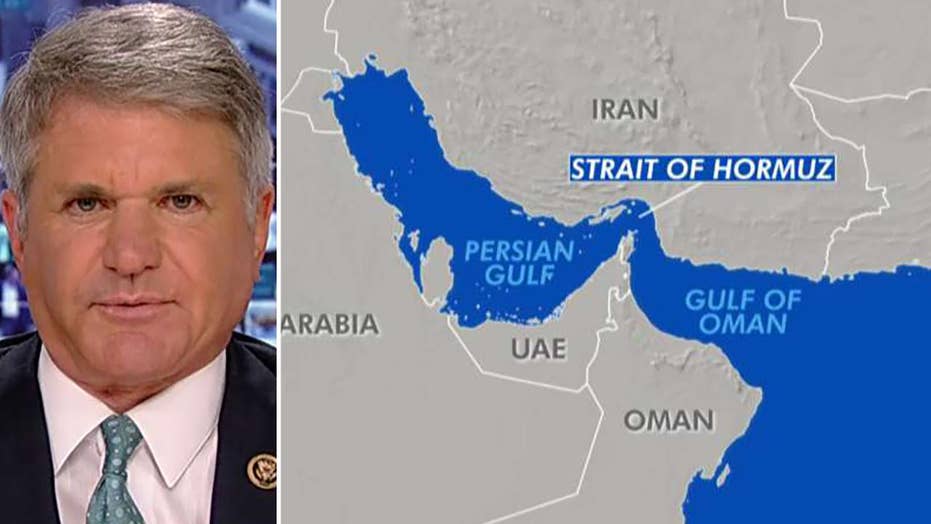 Former Rep. Beto O'Rourke, D-Texas, accused President Trump's administration of pursuing war with Iran as tensions mounted in the Middle East and Secretary of State Mike Pompeo blamed the rogue nation for an assault on oil tankers in the Gulf of Oman.

"What I believe is that this is an administration that is gunning for war in Iran," O'Rourke, a 2020 presidential candidate, told PBS host Judy Woodruff on Thursday.

O'Rourke, while appearing on PBS' "Newshour," went on to call for peace and diplomacy in the region. "What I believe is that we can resolve our differences with that country, which are significant, peacefully without invading yet another country in the Middle East. I want to make sure that we get to the bottom of the facts and find the evidence that the secretary of state is talking about," he said.

During a news conference on Thursday, Pompeo accused Iran of engaging in a "blatant assault," citing as corroboration "intelligence, the weapons used, the level of expertise needed to execute the operation, recent similar Iranian attacks on shipping, and the fact that no proxy group operating in the area has the resources and proficiency to act with such a high degree of sophistication.”

RICK PERRY: IRAN CONTINUES TO BE A BAD NEIGHBOR

Acting Defense Secretary Patrick Shanahan piled onto the criticism of Iran but the nation denied responsibility.

That was followed up by President Trump on Friday, who told Fox & Friends that the attack had "Iran written all over it."

O'Rourke, on Thursday, seemed to take a shot at the president, indicating that he wanted to rejoin allies in the region that Trump allegedly alienated.