Rep. Dan Crenshaw of Texas slammed former top Obama adviser Ben Rhodes for questioning U.S. claims that Iran attacked oil tankers near the Strait of Hormuz and downplayed the threat from the regime.

Rhodes, a leading figure within the Obama administration who pushed for the 2015 nuclear deal with Iran, suggested the U.S. official assessment of the tanker attacks shouldn’t be taken for granted, saying only an international investigation can get to the bottom of the incident.

“This definitely feels like the kind of incident where you'd want an international investigation to establish what happened. Huge risk of escalation,” Rhodes said in a tweet.

This prompted a stark rebuttal from Crenshaw, the freshman congressman and former U.S. Navy SEAL officer, who blasted Rhodes for downplaying the danger posed by the Iranian regime and doubting the intelligence community.

“So, do or don’t believe the Intel community? And you’re not really a trusted source to weigh in on Iran,” Crenshaw wrote in a tweet. “You sold the public the falsehood of a moderating Iranian regime - using your media ‘echo chamber’ (your words)- & ignoring the true danger Iran presents in the region.”

“I’ve been watching for years as Iran moves weapons to proxies around the region, looking for opportunities to destabilize & wreak havoc, and then claim innocence. This is not new. And the Administration is right to strengthen our regional presence as a deterrence,” Crenshaw added.

“We created an echo chamber,” Rhodes told the New York Times Magazine in 2016 when asked about arms-control experts that appeared at think tanks and were then used as sources for hundreds of reporters – whom the article described as “clueless.”

Of those experts, Rhodes said: “They were saying things that validated what we had given them to say.”

TANKER CREW DETAINED BY IRAN AFTER FIRST BEING RESCUED BY ANOTHER VESSEL: US OFFICIALS 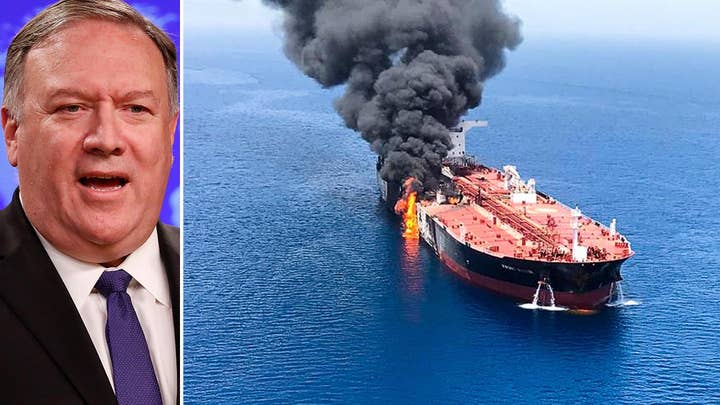