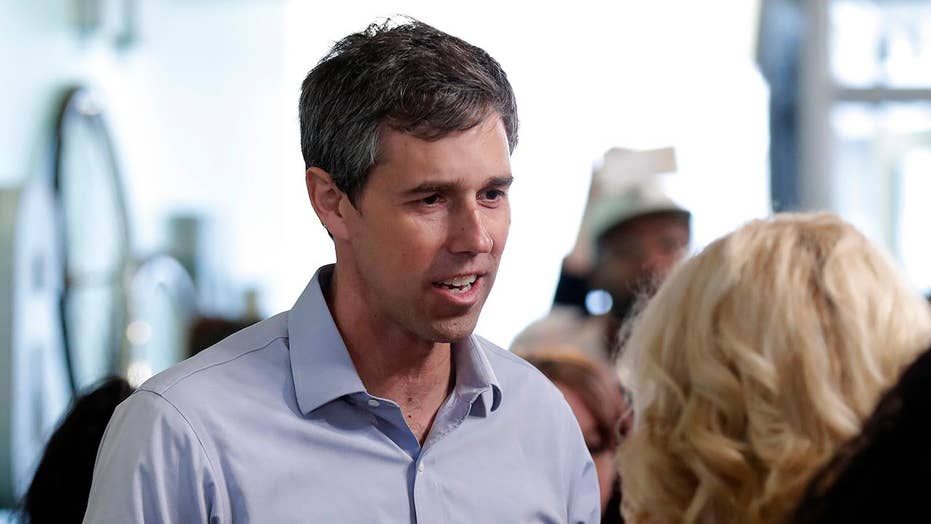 Does Beto O'Rourke have a shot at being a big contender in 2020?

Beto O’Rourke kicked off the first day of his now-official 2020 presidential campaign by comparing those fighting against climate change to American soldiers storming the beaches of Normandy during World War II.

The El Paso Democrat, who announced his decision to run for president on Thursday following months of deliberations after his failed Texas Senate bid, made the comparison during an Iowa rally in response to a question on climate change.

“How can we, who used to be the indispensable nation, be the only country that has removed itself from any obligation to work with anyone on perhaps the most pressing problem,” O’Rourke said, alleging that President Trump doesn’t believe in climate change.

“When you think about leadership, those who preceded us — those who were on the beaches in Normandy, those who faced an existential threat to Western democracy and our way of life, they showed us the way. We can all come together. We can unite. We can marshal the resources. And we can convene the countries of the world around otherwise unsolvable problems,” he continued.

“That’s who we are. That’s why they call us the indispensable nation. Well, that moment is now for us on this issue. So, if there’s a time to reassert global leadership and make friends instead of enemies, it’s today because the challenges are too great to do otherwise.”

But the comparison of the fight against climate change to the war against the Nazis is not new. New York Rep. Alexandria Ocasio-Cortez called last year for the immediate all-out mobilization of American industry to combat climate change, saying the “direct existential threat” it poses to the world is similar to the danger posed by Nazi Germany during World War II.

Democratic Sen. Cory Booker of New Jersey, who’s also running for president, also made the comparison last month, saying that the world faced catastrophes in the past.

“When the planet has been in peril in the past, who came forward to save Earth … from the scourge of Nazis and totalitarian regimes? We came forward,” Booker told his supporters in Iowa.