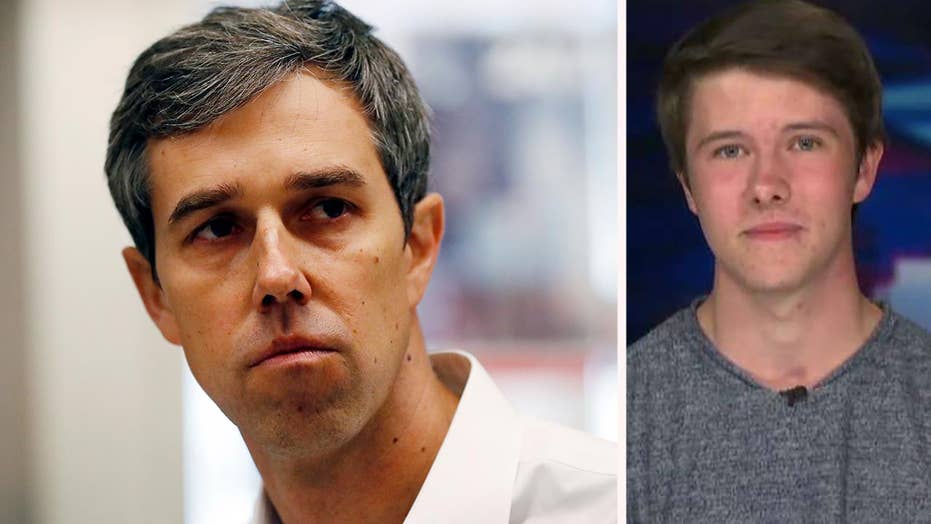 Former Beto staffer: Beto is not the future of the Democratic Party

Beto O’Rourke didn’t eat crow, humble pie or even his words after losing to Ted Cruz. He ate dirt instead.

O’Rourke, who came up short in his bid to unseat Sen. Cruz, R-Texas, despite raising $80 million for the Senate push, told the story of his earthy snack in a sprawling 3,000-word profile published by The Washington Post.

“In January, Beto hit the road, much as his father had done before him, and drew energy from the people he met, and — on one stop in New Mexico he didn’t write about in his blog — by eating New Mexican dirt said to have regenerative powers,” the profile reads.

“He brought some home for the family to eat, too.”

WHERE BETO O'ROURKE STANDS IN THE LATEST 2020 POLL

The profile was published as O’Rourke joined other Democrats in signaling his support for a range of controversial ideas, including abolishing the Electoral College.

“I think there’s a lot to that. Because you had an election in 2016 where the loser got 3 million more votes than the victor,” O’Rourke said in a video posted online on Tuesday.

“It puts some states out of play altogether, they don’t feel like their votes really count.

“If we really want everyone to vote, to give them every reason to vote, we have to make sure their votes count and go to the candidate of their choosing. So I think there’s a lot of wisdom in that.”

“Every vote matters and the way we can make that happen is that we can have national voting, and that means get rid of the Electoral College,” Warren told an audience at the historically black Jackson State University in Mississippi.

O’Rourke, whose entry into the 2020 presidential race last week was accompanied by immense media fanfare, is already rolling in campaign cash.

The 46-year-old reported raising a whopping $6.1 million online in the first 24 hours after his announcement, marking a new record for the 2020 Democratic primary race.

“In just 24 hours, Americans across this country came together to prove that it is possible to run a true grassroots campaign for president -- a campaign by all of us for all of us that answers not to the PACs, corporations and special interests but to the people,” O’Rourke said in a statement.

The previous record this year was set by Sen. Bernie Sanders, I-Vt., whose campaign posted a $5.9 million haul in the first 24 hours after his 2020 launch.