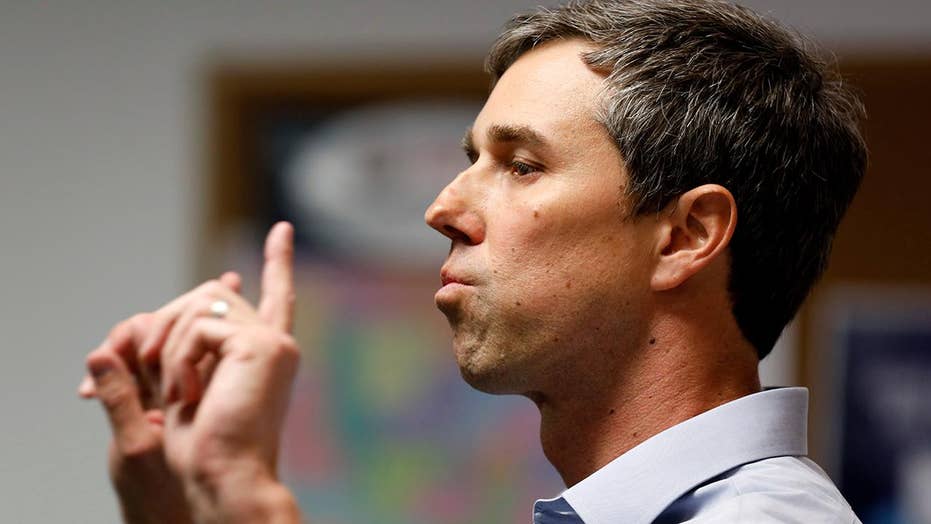 A 15-year-old Beto O’Rourke once wrote a "murder fantasy" short story about running over two children with a car, according to a new report that also revealed the now-presidential candidate was a member of a famous hacking group.

The details were uncovered in a Reuters report on the “Cult of the Dead Cow,” a famous group of hackers credited with inventing the term “hacktivism.” Reuters revealed that O'Rourke, who joined the Democratic presidential primary race on Thursday, was a member, while reporting, "there is no indication that O’Rourke ever engaged in the edgiest sorts of hacking activity, such as breaking into computers."

But the report also revealed that teenage Beto, in connection with the group, wrote stories under the name “Psychedelic Warlord” -- writings that remain online.

One piece in particular detailed the narrator's murder spree, as part of his goal seeking "the termination of everything that was free and loving." The piece described the first kill as the murder of two children crossing the street.

BETO'S IDENTITY CRISIS: IS DEM DARLING A LIBERAL OR A MODERATE?

As I neared the young ones, I put all my weight on my right foot, keeping the accelerator pedal on the floor until I heard the crashing of the two children on the hood, and then the sharp cry of pain from one of the two

“This happiness was mine by right. I had earned it in my dreams. As I neared the young ones, I put all my weight on my right foot, keeping the accelerator pedal on the floor until I heard the crashing of the two children on the hood, and then the sharp cry of pain from one of the two. I was so fascinated for a moment, that when after I had stopped my vehicle, I just sat in a daze, sweet visions filling my head.

“My dream was abruptly ended when I heard a loud banging on the front window. It was an old man, who was using his cane to awaken me. He might have been a witness to my act of love. I was not sure, nor did I care. It was simply ecstasy. As I drove home, I envisioned myself committing more of these 'acts of love,' and after a while, I had no trouble carrying them out. The more people I killed, the longer my dreams were. ... I had killed nearly 38 people by the time of my twenty-third birthday, and each one was more fulfilling than the last.”

O'ROURKE BACKS OFF IMPEACHMENT, SAYS VOTING TRUMP OUT OF OFFICE IN 2020 IS BETTER IDEA

In another piece, he challenged the perspective of a neo-Nazi who was defending Hitler’s actions.

The Reuters report reads: “In another piece, he took on a self-proclaimed neo-Nazi who maintained that Hitler was misunderstood and didn’t personally want Jews killed. O’Rourke and a Jewish friend questioned the man about his theories and let him ramble about Jews and African Americans, an attempt to let him hang himself with his own words.

"We were trying to see what made him think the horrible things that he did," he wrote in the piece.

It's unclear whether the piece reflected a real interview, or was fictional.

The Reuters report included quotes from members of the hacker group, many of whom kept O’Rourke’s secret for decades.

The news agency spoke to more than a dozen people who were part of the group for a book from the same reporter titled, “Cult of the Dead Cow: How the Original Hacking Supergroup Might Just Save the World.”

O’Rourke said he gave up hacking when he was 18 years old and enrolled in college.

He told Reuters he got into the habit and visited boards frequented by other hackers because it was a “great way to get cracked games” – meaning video games that had been altered in some way.

Of the latest revelations, O'Rourke, 46, told Fox News, "It was stuff that I was a part of as a teenager that I’m not proud of today, and I mean that’s the long and short of it.”

Asked about the potential impact on his 2020 campaign, he had this to say: "I can’t control anything I did in the past. All I can do is control what I do going forward, and what I plan to do is give this my best; bring as many people together around the solution we face. That’s what I hear the people of Iowa saying as well.”