U.S. Sen. Bernie Sanders, I-Vt., rallied California’s Disneyland Resort workers in Anaheim on Saturday in support of a state wage-increase measure that some say would cost the state “thousands” of jobs.

In the same speech, Sanders also praised Disney CEO Bob Iger for canceling ABC's “Roseanne” after its star's recent Twitter meltdown -- even though the sitcom's shutdown reportedly threw hundreds of crew members out of work.

So it may be no surprise that some observers were left skeptical of Sanders' credentials as an advocate for working Americans.

“While touting himself as a friend of the working man, Bernie has come all this way to support a measure that will result in thousands of lost jobs for the people of Anaheim,” Todd Ament, CEO of the Anaheim Chamber of Commerce, said in a written statement.

Ament has previously criticized minimum-wage hikes in Seattle and Los Angeles, saying they led to workers either losing their jobs or seeing their hours cut, the Orange County Register reported.

"While touting himself as a friend of the working man, Bernie has come all this way to support a measure that will result in thousands of lost jobs."

The California proposal Sanders championed Saturday would raise the minimum wage for affected workers to at least $15 an hour beginning in 2019, with $1 increases annually until reaching $18 an hour by Jan. 1, 2022, the Register reported. 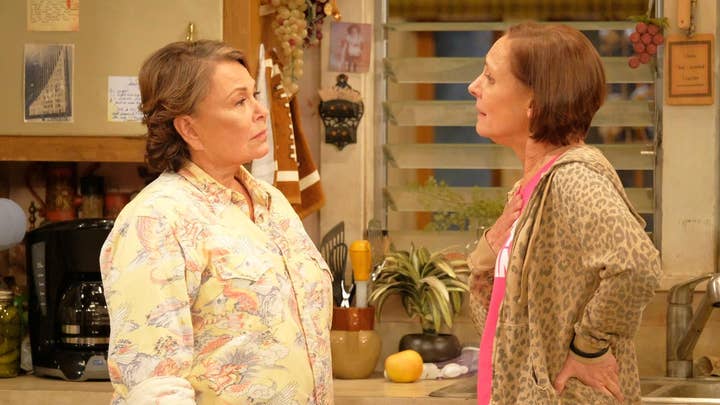 Those workers, however, apparently won't include as many as 300 Californians that TMZ reported likely lost their jobs in the "Roseanne" shutdown. Nevertheless, the socialist democrat praised Iger for ending the comedy series. The ABC network operates under the Disney umbrella.

“Recently, Disney CEO Bob Iger did the right thing and canceled Roseanne after her racist tweet,” Sanders wrote, referring to comedian Roseanne Barr's post aimed at a former adviser to former President Barack Obama. He also called on Iger to “lead corporate America away” from the greed “destroying” the country.

“While Mr. Sanders continues to criticize Disney to keep himself in the headlines, we continue to support our cast members through investments in wages and education," Disneyland spokeswoman Suzi Brown said.

“While Mr. Sanders continues to criticize Disney to keep himself in the headlines, we continue to support our cast members through investments in wages and education."

The Disneyland Resort announced last week that it previously offered a 36 percent pay increase to about 9,500 resort workers over three years, the Los Angeles Times reported. The offer would provide a minimum salary of $15 an hour by 2020, one year later than the proposed measure.

“We are proud of our commitment to our cast," Brown said, "and the fact that more people choose to work at Disneyland Resort than anywhere else in Orange County."