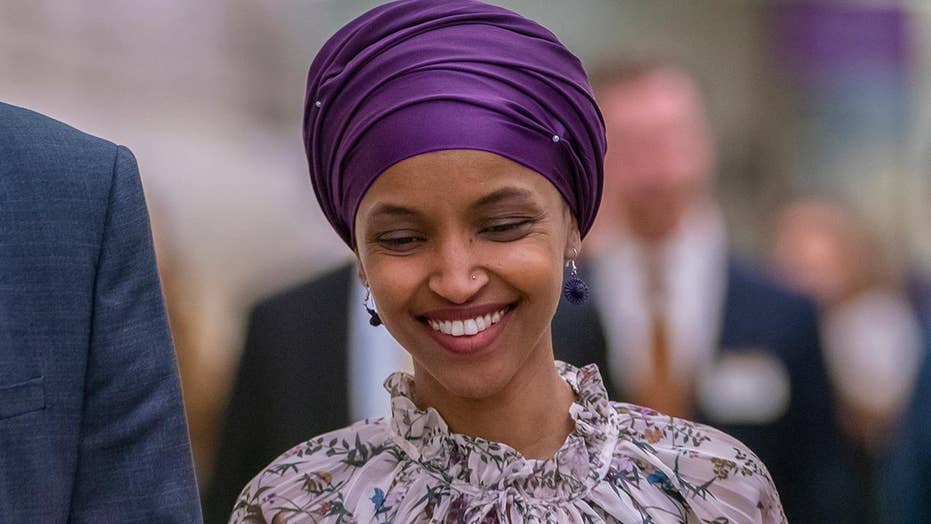 He might not officially be a Democrat, but that hasn’t stopped Bernie Sanders from entering the party's growing fray over how to deal with Ilhan Omar.

Sanders came to the defense of Rep. Omar, D-Minn., on Wednesday amid growing pressure from within her party over a series of recent remarks that have been viewed by some as anti-Semitic.

“Anti-Semitism is a hateful and dangerous ideology which must be vigorously opposed in the United States and around the world,” the Independent Vermont senator said in a statement.

“We must not, however, equate anti-Semitism with legitimate criticism of the right-wing, Netanyahu government in Israel.

“Rather, we must develop an even-handed Middle East policy which brings Israelis and Palestinians together for a lasting peace.”

After that attack on Israeli Prime Minister Benjamin Netanyahu, the 77-year-old socialist - who is Jewish - then got to the crux of his Omar defense.

“What I fear is going on in the House now is an effort to target Congresswoman Omar as a way of stifling that debate…That’s wrong,” the statement read.

Sanders statement came as House Speaker Nancy Pelosi was "taken aback" by the growing dissent and anger among rank-and-file Democrats over a possible resolution to formally condemn anti-Semitism, a Democratic source told Fox News on Wednesday -- highlighting Pelosi's tenuous grip on control over the House and underscoring the growing power of the party's nascent far-left progressive wing.

Pelosi even reportedly walked out of a meeting Wednesday with Democrat House members, setting down her microphone and telling attendees, “Well if you're not going to listen to me, I’m done talking."

The stalled resolution originated after freshman Democratic Rep. Ilhan Omar of Minnesota, for at least the second time in recent months, ignited an uproar for echoing tropes critics have deemed anti-Semitic.

Meanwhile, debate over how to address her latest remarks has overtaken House Democrats in recent days.

A vote on the resolution, which was originally planned for earlier this week, did not appear on the House's official docket for Thursday.

Fox News has been told that the Democratic caucus is trying to get the language of the proposed anti-Semitism language “right," and that there is concern about mentioning Omar by name -- a non-starter for many members of the Congressional Black Caucus.

Two knowledgeable sources said such a scenario could increase security threats against Omar, who is a Muslim.