In remarks at the NOI's annual Saviours' Day celebration Sunday at Chicago's United Center, Farrakhan condemned lawmakers who pressed Omar to apologize in the wake of her remarks. 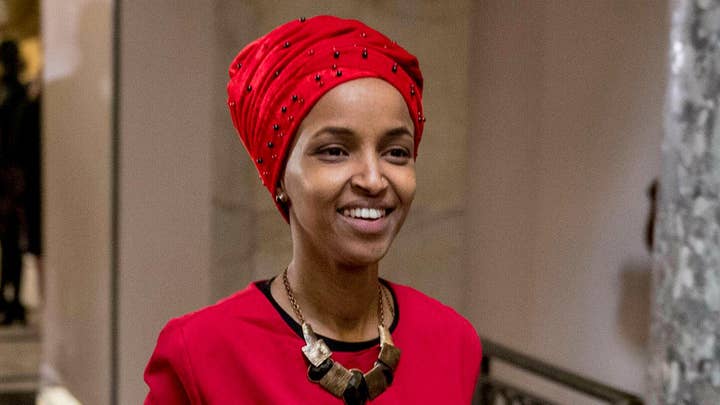 "Sweetheart, don't do that," Farrakhan said, addressing Omar. "Pardon me for calling you sweetheart, but you do have a sweet heart. You sure are using it to shake the government up, but you have nothing to apologize for."

Omar tweeted on Feb. 10 that congressional support of Israel was "all about the Benjamins, baby," a reference to a 1997 rap song by Puff Daddy. When Batya Ungar-Sargon, the opinion editor of The Forward newspaper, asked Omar who she thought "is paying American politicians to be pro-Israel," the congresswoman answered: "AIPAC!"

BILL MAHER DEFENDS ILHAN OMAR'S ISRAEL COMMENTS: 'I DON'T KNOW WHY THIS HAS TO BE SEEN AS ANTI-SEMITIC'

The tweets were met with backlash from members of both parties. President Trump called on Omar to "resign from Congress or ... certainly resign from the [House] foreign affairs committee." The chairman of that committee, Rep. Eliot Engel, D-N.Y., said it was "shocking to hear a Member of Congress invoke the anti-Semitic trope of 'Jewish money,'" while House Judiciary Committee Chairman Jerrold Nadler, D-N.Y., called the comments "deeply disappointing and disturbing." 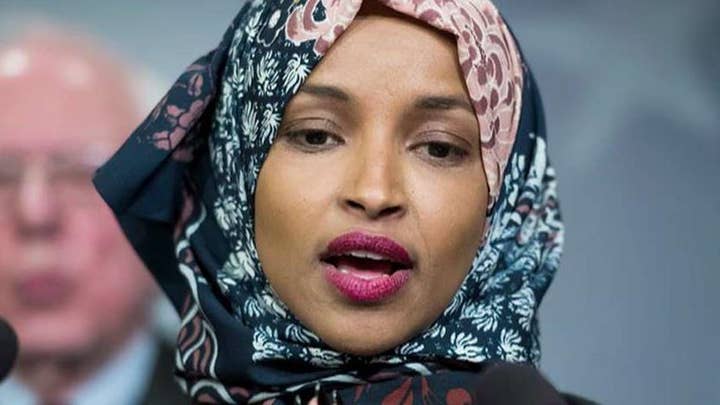 On Sunday, Farrakhan insisted that "Israel and AIPAC pays off senators and congressmen to do their bidding, so [Omar is] not lying. So if you're not lying, stop laying down. You were sent there by the people to shake up that corrupt House. Shake it up!"

Farrakhan has a long history of anti-Semitic comments. Last year, he lost his verified status on Twitter after posting a video in which he asked: "I wonder, will you see the Satanic Jew and the Synagogue of Satan, which has many races in it because Satan has deceived the whole world?" Farrakhan has also said that he is not an anti-Semite, but rather "anti-termite," and led a "Death to Israel" chant during a visit to Iran in November.

Last month, Farrakhan posted a clip from a 2015 interview to Instagram in which he called for a separate nation-state for black Americans, saying: "Most of our people don't want it here ... God has something else for us."