The new guidance argues that under the Immigration and Nationality Act, the administration is permitted to detain all undocumented immigrants until a hearing before an immigration judge; Kevin Corke reports from the White House.

Attorney General William Barr has ruled that asylum seekers facing removal who show they have a “credible fear” of being returned to their homeland will no longer be eligible for release on bond -- meaning they will have to remain in detention while their cases are pending.

The decision is Barr’s first immigration-related ruling since being confirmed as attorney general and comes as the Trump administration clamps down on illegal immigration amid a surge at the border. The attorney general has the authority to overturn prior rulings made by immigration courts, which fall under the Justice Department.

"The question presented is whether aliens who are originally placed in expedited proceedings and then transferred to full proceedings after establishing a credible fear become eligible for bond upon transfer. I conclude that such aliens remain ineligible for bond, whether they are arriving at the border or are apprehended in the United States," the decision states.

The ruling was almost immediately panned by civil rights and immigration rights groups, with the American Civil Liberties Union calling it unconstitutional and vowing to sue. 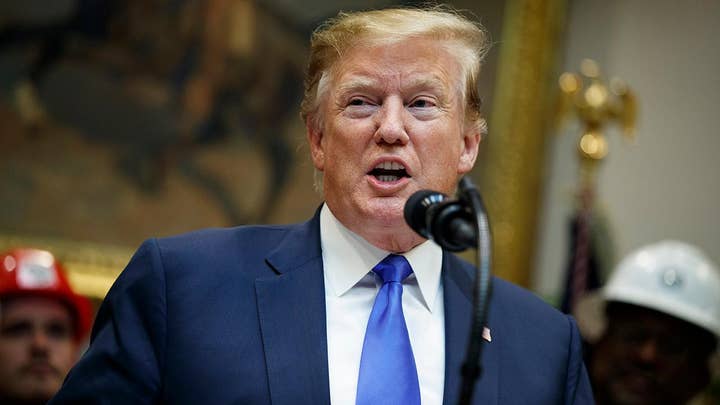 "This is the Trump administration’s latest assault on people fleeing persecution and seeking refuge in the United States,” Omar Jadwat, director of the ACLU’s Immigrants’ Rights Project, said in a statement. “Our Constitution does not allow the government to lock up asylum seekers without basic due process. We'll see the administration in court."

Barr's ruling pertains to those who clear a "credible fear" interview and are facing removal.

The decision doesn't affect asylum-seeking families because they generally can't be held for longer than 20 days. It also doesn't apply to unaccompanied minors.

Barr's ruling takes effect in 90 days and comes amid a frustrating time for the administration as the number of border crossers has skyrocketed. Most of them are families from Central America who are fleeing violence and poverty. Many seek asylum. 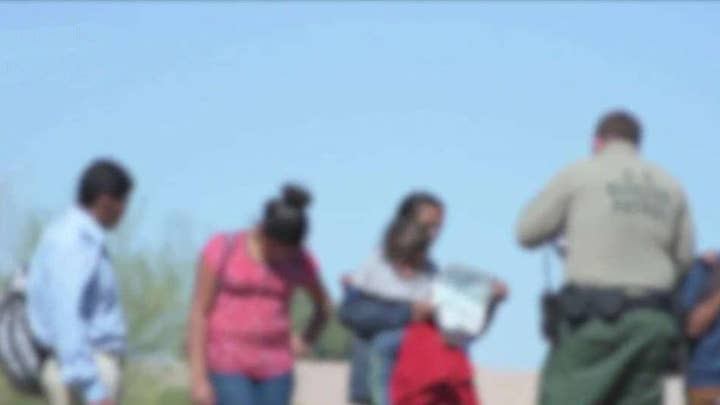 There were a total of 161,000 asylum applications filed in the last fiscal year and 46,000 in the first quarter of 2019, according to the Executive Office for Immigration Review, which oversees immigration courts.

Sarah Pierce, policy analyst for the Migration Policy Institute, said the number of decisions by immigration judges that the administration of President Trump has referred to itself for review is unprecedented. The administration — under both Barr and former Attorney General Jeff Sessions — has reviewed a total of 10 immigration rulings. That's compared to four under all of President Barack Obama's tenure and nine during George W. Bush's.

"This has been a really unprecedented use of power to influence the immigration system," Pierce said.