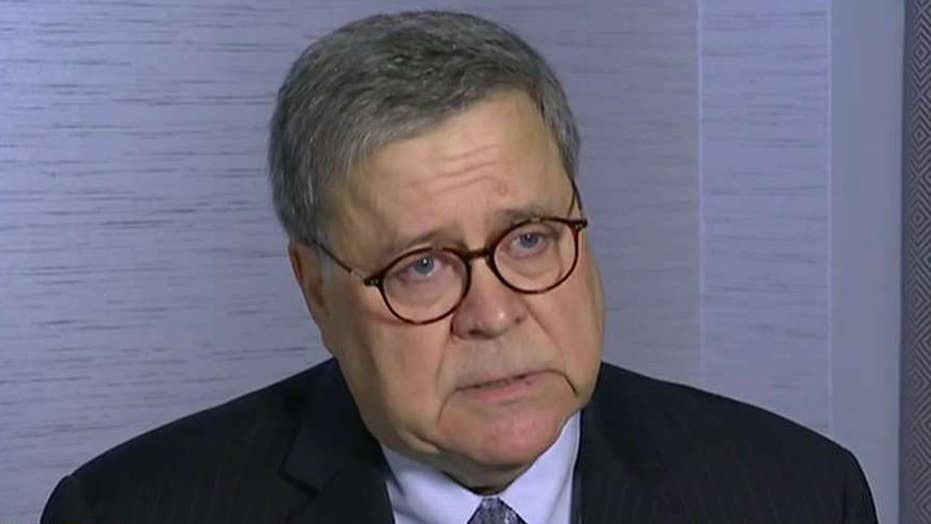 EXCLUSIVE -- Attorney General Bill Barr, in an interview with Fox News, defended the independence and integrity of the politically contentious probe being led by U.S. Attorney John Durham into the handling of the Russia investigation – while taking a swipe at James Comey’s past leadership of the FBI.

Fox News reported last week that the probe into the 2016 origins of the Russia meddling case has escalated from a review to a criminal investigation, a development that spurred Democratic claims that the department was becoming a tool for President Trump’s “political revenge.”

Barr, speaking Monday to Fox News on the sidelines of a law enforcement event in Chicago, rejected Democrats’ claims he is acting as Trump’s personal lawyer.

"That's completely wrong and there is no basis for it, and I act on behalf of the United States," Barr said.

The attorney general said that while he’s assisting in connecting Durham with countries that could have valuable information, Durham is running the show. 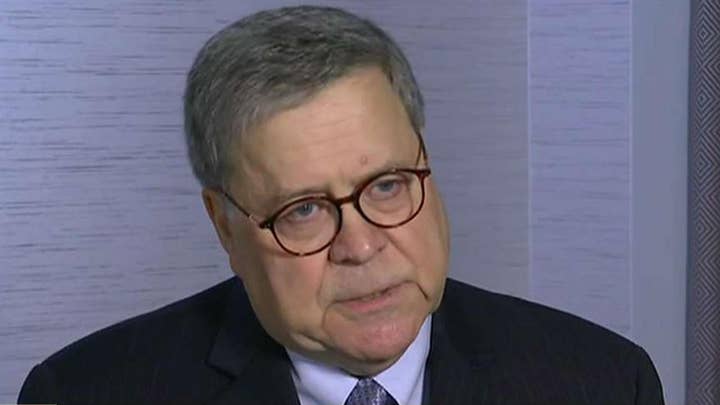 “I do want to say that one of the reasons Mr. Durham is able to make the kind of progress he’s making is because Director Wray and his team at the FBI have just been outstanding in support and responsiveness given to Mr. Durham,” Barr said. “As you know, I’ve said previously that I felt there was a failure of leadership at the bureau in 2016 and part of 2017, but since Director Wray and his team have taken over there’s been a world of change. I think that he is restoring the steady professionalism that’s been a hallmark of the FBI. I really appreciate his leadership there.”

When it was first reported that Durham’s investigation had evolved into a criminal probe, Democrats claimed the DOJ was essentially being weaponized against Trump’s political opponents. 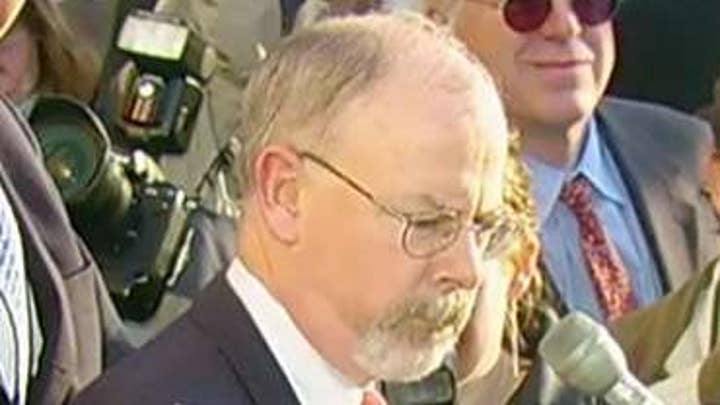 “These reports, if true, raise profound new concerns that the Department of Justice under AG Barr has lost its independence and become a vehicle for President Trump’s political revenge,” said a joint statement by House Judiciary Committee Chairman Rep. Jerrold Nadler, D-N.Y., and House Intelligence Committee Chairman Rep. Adam Schiff, D-Calif., released last Thursday. “If the Department of Justice may be used as a tool of political retribution, or to help the President with a political narrative for the next election, the rule of law will suffer new and irreparable damage.”

Democratic Sen. Mark Warner also spoke out against Durham’s probe, saying Friday that the Senate Intelligence Committee “is wrapping up a three-year bipartisan investigation, and we’ve found nothing remotely justifying this.”

He called on Barr to testify before Congress.

In response to such criticism, Barr said, "It wouldn't be appropriate at this stage for me to discuss the Durham investigation." He said he'd "certainly inform the public and Congress" when possible.

As for the direction of the investigation, he said: "We’ll let the chips fall where they may.”

He also responded to questions about a recent trip to Italy he took in relation to Durham’s investigation, explaining that they visited to help Durham establish ties with countries that might have helpful information.