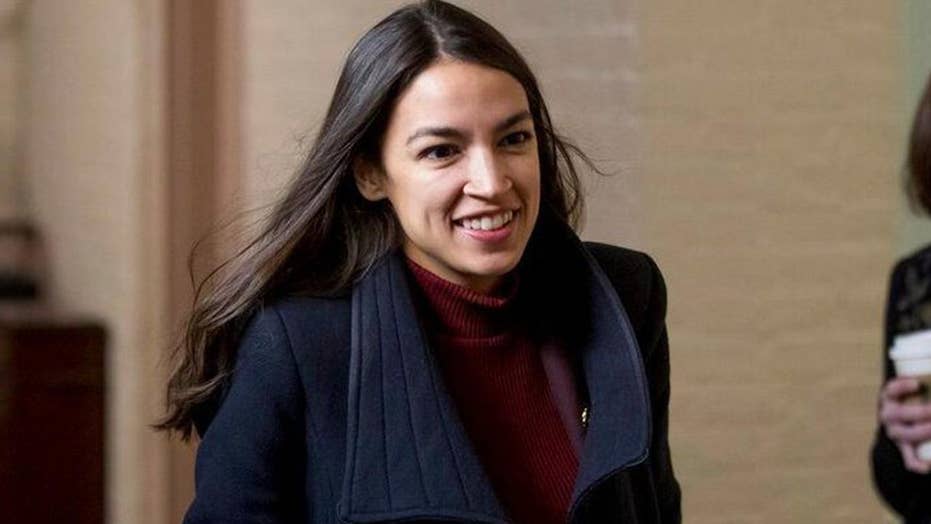 Fox Business host Charles Payne says the freshman lawmaker has dramatically changed the Democrat Party by throwing her weight around on the Green New Deal and Rep. Omar controversy.

In an interview Tuesday night at an event in his home state, Wisconsin, former House speaker Paul Ryan told attendees he offered New York Democrat Rep. Alexandria Ocasio-Cortez some pointers for life in Congress as a young freshman representative -- and insisted that she didn't appear to listen to "a thing" he said.

Ryan, addressing several hundred members of the business and civic organization Forward Jainesville, began by reflecting on his election at age 28 to the House in 1998. Ryan opted not to run for re-election in 2018, and now serves on the board of the Fox Corporation, which owns the Fox News Channel.

"It was different then," Ryan said, noting that only one other member of Congress was, like him, in his 20s. "Everybody else was like, 15, 20 years older than us. So, we were sort of the beginning of that trend of younger people coming. For a while, they stopped me from coming on the [House] floor because they thought I was a staffer."

Ryan said with youth came "energy" and the chance to make a real difference -- but he also discussed some of the possible pitfalls.

"The best advice that I gave myself -- that my mom gave me, that others gave me -- was, you got two ears and one mouth, use it in that proportion," Ryan said. "You come in ready to go, but you have to know that you don't know everything. There's a lot you can learn from, listen and apply."

Prompted by a moderator's question, Ryan added: "Actually, I talked to AOC -- AOC, everybody calls her AOC. She's a year older than when I came in -- she's the youngest person now there. I gave her just a few little tips on just being a good member of Congress, new. I don't think she really listened to a thing I said," Ryan said as the audience laughed.

"Take it easy, just watch things for a while, don't ruffle any — see how it works first," he said, recounting his advice.

Ocasio-Cortez has emerged as one of the most vocal members of a Democratic freshman class in the House that includes some other prominent names -- including Michigan Rep. Rashida Tlaib (who has vowed, sometimes using colorful language, to impeach President Trump) and Minnesota Rep. Ilhan Omar (whose repeated use of tropes called anti-Semitic has prompted rebukes from her own party).

From her sweeping environmental and social proposal called the Green New Deal, which some estimates say could cost more than $90 trillion, to her public spats with everyone from Republican Wyoming Rep. Liz Cheney to Trump and the White House, Ocasio-Cortez has made clear she has no plans to lie low -- even telling critics in February, "I'm the boss."

"I don't think she really listened to a thing I said."

On Wednesday, Trump fired back, deriding Ocasio-Cortez as a "young bartender, 29 years old," and mocking senior Democrats for being "petrified" of her political clout.

"The Green New Deal. The first time I heard it, I said, 'That’s the craziest thing,'" Trump told House GOP lawmakers. "You have senators that are professionals, that you guys know, that have been there for a long time ... and they’re standing behind her shaking. They’re petrified of her."

For Ryan, though, age may not be the best line of attack for Republicans hoping to minimize Ocasio-Cortez's influence.

"A wave of young people started coming in more and more" starting in the early 2000s, Ryan said. "I think it's fantastic." 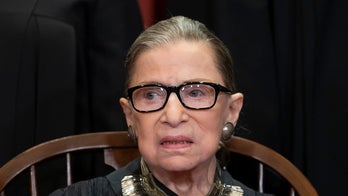