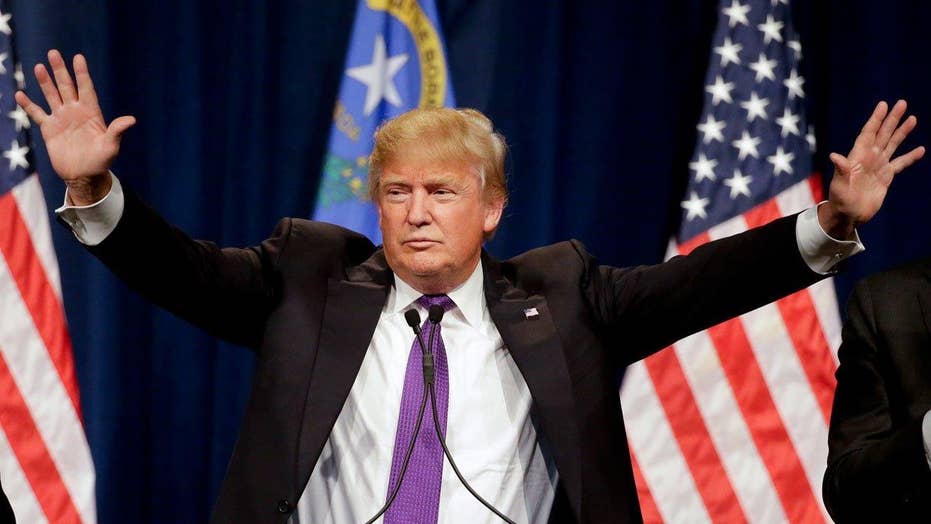 So it seemed in the Republican presidential debate Thursday night. The notably potty-mouthed New York billionaire objected to an expletive uttered by former Mexican President Vicente Fox over Trump's proposal to build a fortress-like wall along the Mexican border and make Mexico pay for it.

A look at statements in the debate and how they compare with the facts:

TRUMP: "I saw him use the word that he used. I can only tell you, if I would have used even half of that word, it would have been national scandal. This guy used a filthy, disgusting word on television, and he should be ashamed of himself, and he should apologize, OK?"

THE FACTS: At issue, it must be said, is the F-bomb.

Fox dropped it when denouncing Trump's plans for the wall.

Trump, meantime, has run a profanity-laced campaign, blurted out the S-word on multiple occasions and used an offensive term for coward against rival Ted Cruz.

But what about THAT bomb?

At a rally in New Hampshire, he declared: "We're not going to let Mexico steal all our businesses. ... We're going to bring business back. ... And you can tell them to go" — pausing — "themselves because they let you down, and they left."

He didn't say the word. He mouthed it.

And Trump used the word loudly and several times in a 2011 Nevada speech before he was a candidate.

CRUZ: "The Obama-Clinton economy has done enormous damage to the Hispanic community."

THE FACTS: The bursting of the housing bubble in late 2007 is what really damaged the Hispanic community, before Barack Obama took office.

Under Obama, Hispanics have made strides from the depths of the Great Recession. Their unemployment rate is 5.9 percent. The rate is above the national average of 4.9 percent, but it's well below the 2009 peak of 13 percent.

Hispanics have gained 5 million jobs under Obama, a 25 percent increase since 2009. Under George W. Bush, there was a 21 percent growth of 3.45 million jobs.

But there is one key area where Hispanics are struggling to recover: Median income for that group was $28,757 in 2014, about $1,644 less than in 2007 after adjusting for inflation.

Cruz exaggerates when calling it the Obama-Clinton economy. Hillary Clinton was his secretary of state with little or no influence on his economic policy.