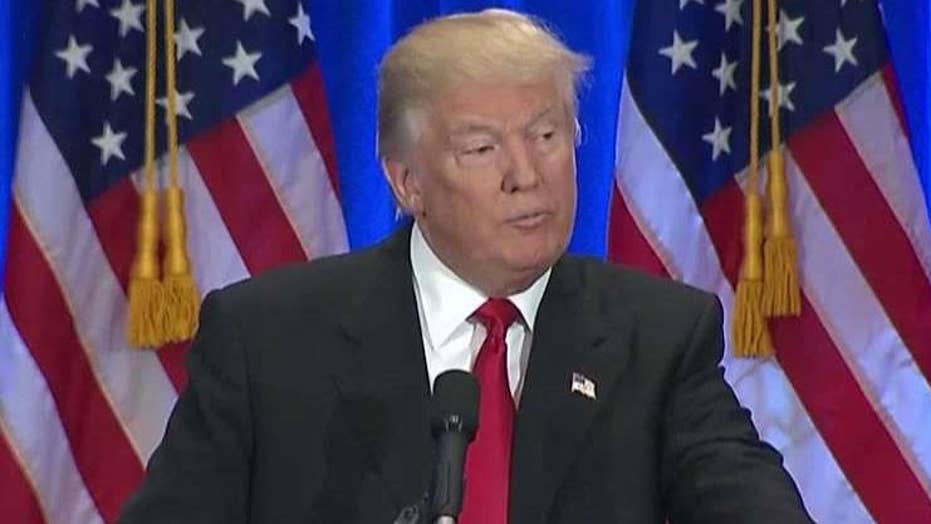 Trump reveals line of attack against Clinton in speech

Despite multiple listings of his own name as a recipient of expenditures by his presidential campaign, presumptive Republican nominee Donald Trump is not paying himself a salary to run for the nation’s highest office, federal campaign finance officials and legal experts told Fox News.

The question of whether Trump has been compensating himself for his efforts on the campaign trail arose after this week’s release of the candidate’s latest filing with the Federal Election Commission, which included numerous instances where the campaign said it had made “in-kind” payments to Trump, usually to the tune of several thousand dollars.

To these entries, the Trump campaign appended a memorandum to which it referred FEC auditors and all other observers. Fox News researchers could not find the memo online, however, and the Trump campaign did not respond to a request to provide the additional documentation.

However, one FEC official who requested anonymity to speak freely told Fox News that the campaign’s payments to Trump appeared to reflect instances when the real estate mogul reimbursed himself for out-of-pocket purchases.

Kenneth Gross, a leading campaign finance attorney at the Washington law firm of Skadden Arps, agreed that Trump was not drawing a salary. But the lawyer, who has previously worked for major figures on both sides of the aisle, pointed to another feature of Trump’s FEC filing as one that could potentially turn off voters.

This is the high frequency with which Trump’s campaign is engaging, as vendors for good and services, various components of the billionaire’s private-sector empire.

“He's making money off the campaign, presumably, as profit for these companies that are servicing the campaign, whether it's a vineyard, you know, selling wine to the campaign, or whether it's hotels, or selling space at Mar-a-Lago, or the airline,” Gross said in an interview. “Now he may promote that as part of his business acumen: ‘Look, I'm a candidate plus I'm making money.’ But that can come back to haunt, as well; I mean, you know, people may say, ‘Wait a minute, it looks like too much self-dealing here.’”

An Associated Press review of Trump's campaign filings found the campaign, through May 31, spending over $6 million on goods and services provided by Trump-owned entities – roughly 10 percent of all of its expenditures to date. From Trump’s perspective, his supporters said, it would make little sense for his campaign to engage his business rivals in the real estate market and other areas of the private sector where Trump’s won companies compete.

However, with the Trump campaign listing scarcely over $1 million in cash on hand at the end of May – in stark contrast with the figure, forty times that amount, listed by the campaign of presumptive Democratic nominee Hillary Clinton – some suggested that the candidate’s practices could dampen fundraising efforts.

Conservative commentator Guy Benson, a Fox News contributor, said on Tuesday’s edition of “The Real Story with Gretchen Carlson” that Trump’s engagement of his own firms as campaign vendors “might make some people wonder, ‘Am I giving to a campaign that is spending wisely?’”

Anthony Scaramucci, host of FBN’s “Wall Street Week,” credited Trump with demonstrating an extraordinary efficiency with money during the fractious GOP nomination battle – and contrasted that performance with Clinton’s. “He had $57 million,” Scaramucci said “and he took out sixteen candidates. So that's $3.35 million per kill. She had $183 million. She took out one 74-year-old socialist that wasn't a Democrat until twenty-three months ago.”