The Amber alert system, the national missing-child warning program, has been shut off due to the government shutdown, according to the Department of Justice.

“Due to the lapse in federal funding, this Office of Justice Programs website is unavailable,” it says on amberalert.gov.

Just 17 percent of the government is shut down, and Friday the Obama administration allowed union representatives to return to work.

So, union members could return to work, but the website to alert Americans to missing children had to be taken down? 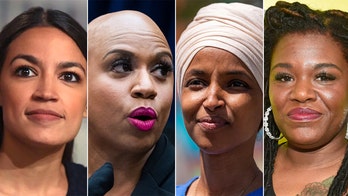