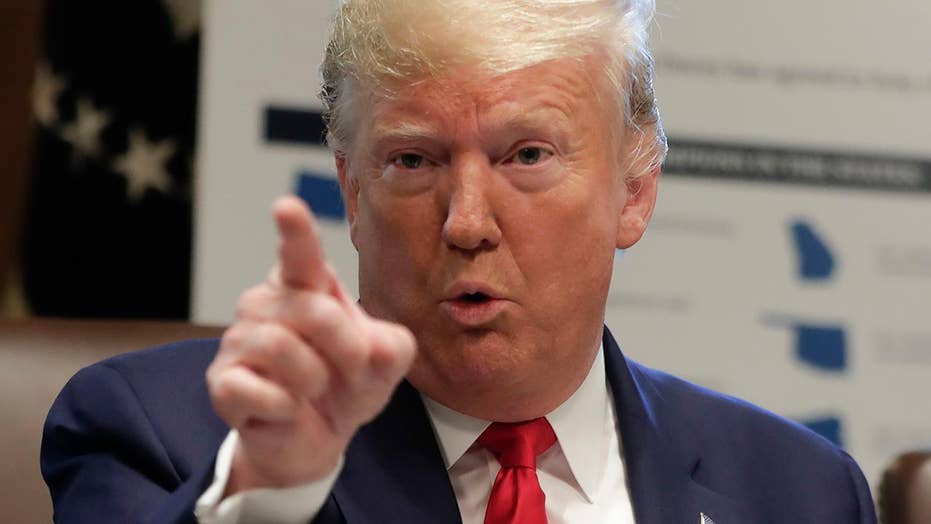 Rep. Alexandria Ocasio-Cortez alleged Tuesday that President Trump described Democrats' treatment of him during their impeachment inquiry as a “lynching” specifically to upset his political opponents.

“He chose that word deliberately,” the New York Democrat told TMZ. “People think that he uses these words as mistakes. They’re not. He deliberately chooses the most racially animating, divisive terms so that he can rile up that base.”

“People think that he uses these words as mistakes. They’re not. He deliberately chooses the most racially animating, divisive terms so that he can rile up that base.”

She added that Trump relies on outage from Democrats to excite his voters.

Trump’s tweet Tuesday morning quickly drew backlash from Democrats and some Republicans who said they wouldn't have used that language.

Trump's tweet said, “So some day, if a Democrat becomes President and the Republicans win the House, even by a tiny margin, they can impeach the President, without due process or fairness or any legal rights. All Republicans must remember what they are witnessing here - a lynching. But we will WIN!”

Sen. Lindsey Graham, R-S.C., told TMZ he doesn’t think Ocasio-Cortez “gives a damn” about due process “when it comes to Trump.”

“I think what’s happening to the president is a mob has taken over,” he said. “A lynching is when a mob focuses on an individual or group of people who take the law into their own hands."

Senate Majority Leader Mitch McConnell called the language "unfortunate," although footage has resurfaced showing some Democrats referred to former President Clinton's impeachment as a "lynching" in 1998.