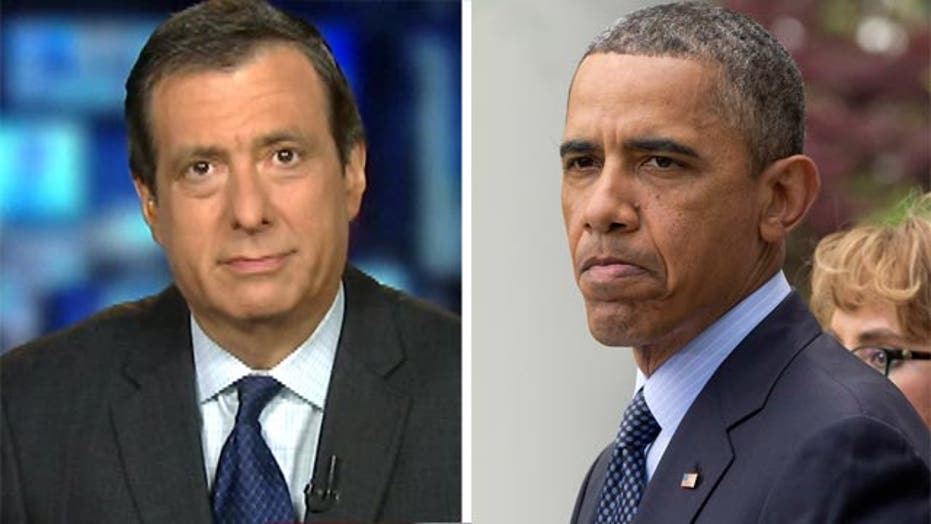 We are now unquestionably at war.

In fact, we have been at war in the Middle East, with periods of ebb and flow, for nearly a quarter of a century.

From the moment that U.S. airstrikes began against the Islamic State in Syria, the tone of the media coverage changed. Our screens filled with color-coded maps and cinematic government video of blinding flashes on aircraft carriers, along with a live-on-cable Pentagon briefing more reminiscent of the Rumsfeld era.

Instead of pundits ripping (and in some cases defending) President Obama, there was plenty of war talk: Explaining the bombing of 22 targets in two major cities, analyzing the military challenge ahead, examining the importance of five Arab allies joining in the effort.

There were partisan disagreements, of course, and that is healthy, because no national decision is more important than going to war. But to my ear, the television debates are muted, the cheap shots fewer, the atmosphere more serious. I don’t expect that to last long, but it’s a welcome sign.

Peter King, the Republican congressman who often lambastes the administration, sent a signal when he told Megyn Kelly that “this is a very, very positive step” and that “whatever happened in the past, that’s behind us. What’s important now is as Americans we go forward, support the president and urge him to continue this to make sure these attacks continue and go on until ISIS has been devastated.”

Says National Journal’s Ron Fournier: “Criticism is fine and fully American, but the bar is a bit higher—the benefit of doubt a bit deeper—when the commander in chief deploys troops.”

It was clear on cable news shows that the atmosphere had shifted. GOP strategist Mercedes Schlapp told CNN, “Republicans and Democrats need to come together to support our commander in chief.”

On Fox, Dana Perino said the president could have done this two years ago, before another 200,000 people were killed in Syria, but added: “I’m all for this strike, go for it, bomb the heck out of it.”

And when Eric Bolling was challenging the upgrading of a potential homeland attack to "imminent," Bob Beckel challenged him to say something positive. “I like what he did. More airstrikes,” Bolling said.

Charles Krauthammer was critical in a subdued way, saying the inclusion of five Arab nations “helps us politically and diplomatically, but it is not a broad coalition.”

Bill O’Reilly’s take: “A big expansion in the war on terror, but a necessary one,” while also adding: “What took so long?”

Chris Matthews, who had been a leading voice challenging the war, pulled a Hamlet on “Hardball”: “Will this new alliance sell with the antiwar forces in America? Are people like me going to buy it?”

And MSNBC’s Chris Hayes tweeted, “Finding it rather difficult to book a prominent Democrat who openly opposes US airstrikes in Syria.”

The president was unusually brief in remarks Tuesday in front of Marine One, abandoning his usual speechifying in favor of a crisp report on the airstrikes and the offensive against Al Qaeda veterans said to be plotting an imminent attack against America or Europe. The man who let Syria cross his red line a year ago seemed less reluctant, more of a war president.

Michael Hirsh, writing in Politico before the speech, underscores the point:

“With his new offensive against Islamic State terrorists in Syria, Barack Obama has a chance to revive his presidency, but the only way he can do that is to become a brand-new president, one who will be almost unrecognizable to his supporters. Obama must go from being the president who was elected to end wars—his most treasured self-image—to the president who finally leads one effectively.”

Still, the initial questions raised by the media are crucial ones: How sustained will this air campaign be? Can the military effort not just degrade but cripple the Islamic State? What are the implications of expanding the war from Iraq into Syria? What does this mean for the Assad regime?

Toward that end, the New York Times yesterday offered this cautionary bit of reporting:

“After six weeks of American airstrikes, the Iraqi government’s forces have scarcely budged the Sunni extremists of the Islamic State from their hold on more than a quarter of the country, in part because many critical Sunni tribes remain on the sidelines.

“Although the airstrikes appear to have stopped the extremists’ march toward Baghdad, the Islamic State is still dealing humiliating blows to the Iraqi Army.”

And that is the unfortunate reality, that wars are ultimately won or lost by boots on the ground. Despite a decade of training, our nominal allies in Iraq don’t seem very effective, and the so-called moderate Syrian rebels remain a giant question mark.

America has been on a war footing since George H.W. Bush began gearing up to kick Saddam Hussein’s invaders out of Kuwait in 1990. Bill Clinton launched airstrikes against Al Qaeda and was accused of distracting from impeachment. George W. Bush began a decade of war in the wake of 9/11, first in Afghanistan and then in Iraq. And Barack Obama presided over the now-controversial withdrawal from Iraq and is winding down the U.S. presence in Afghanistan.

What changed was a dramatic shift in public opinion, fueled by media coverage of the Islamic State beheading two American journalists and a British aid worker. If the goal of these butchers was to build up their own stature by drawing the United States into war, they succeeded.

There’s little doubt that Obama would rather be pushing for action on climate change, on gun control, on the minimum wage. But he seems, like his three predecessors, to have donned the mantle of war president.

Whether this helps his party in the midterms depends on what happens in the weeks ahead. What is clear is that this military struggle is going to go on for a long time and that we’ll be having these debates in the next administration.