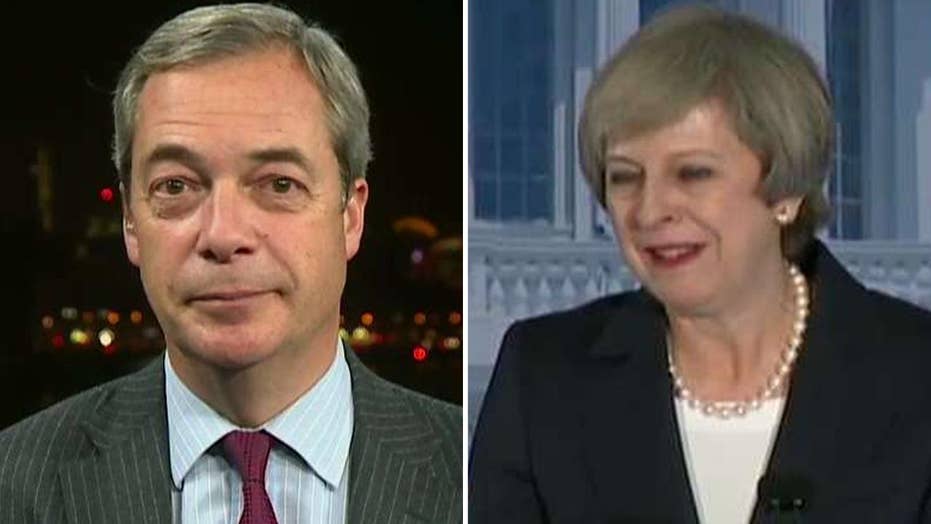 PHILADELPHIA – British Prime Minister Theresa May, on a trip to the U.S. as the first foreign leader to meet with President Trump, called Thursday for their two countries to “renew their special relationship” and lead the world in a fight against “closed, coercive and cruel” societies.

May delivered a well-received speech to the Republican congressional retreat in Philadelphia. Ahead of a White House meeting set for Friday between May and the new U.S. president, the prime minister said Trump’s election victory was “rooted in the hopes and aspirations of the working men and women across this land.”

Trump, addressing the same group of lawmakers earlier Thursday, said of his November victory: “The people are now in charge of their own destiny.”

May, also the leader of Britain’s Conservative Party, took charge after her predecessor David Cameron left office in the wake of the “Brexit” vote to leave the 28-country economic partnership known as the European Union.

Trump and May both have expressed interest in forging a new bilateral trade deal, something sure to be on the agenda for Friday’s meeting.

Trump referenced the sit-down in his remarks Thursday, and quipped: “I don’t have a Commerce secretary [confirmed], and they want to talk trade, so I’ll have to do it myself. But that’s OK. That’s OK.”

Though Trump is a wealthy, brash businessman and May is the daughter of a vicar, or priest, they indeed appear to share a common worldview, rooted in conservativism.

Citing such values as hard work, “economic prudence … and putting power in the hands of the people,” May pointed out the unique potential for both countries to “join hands” and lead, considering conservative-minded Republicans have also “swept” Congress.

Like Trump, May criticized other nations for “failing to step up and play their part” in the fight against “evil” and rogue nations.

She also made clear, like Trump, that destroying the Islamic State terror group is of “national interest” for both countries.

“That is why we join you in your determination to take on and defeat” ISIS and other radical Islamic groups, said May, arguing the effort will require more than top intelligence and “military might.”

“This also demands a wider effort because ... until we kill the idea that drives it, the ideology, we will always have to live with this threat,” she said.

May met with GOP congressional leaders at the retreat, including House Speaker Paul Ryan, R-Wis., who said in a statement afterward they had an “excellent, wide-ranging discussion about strengthening the special relationship between our nations.”

He said he “expressed Congress's interest in moving forward with bilateral trade talks.” 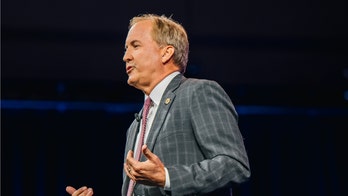