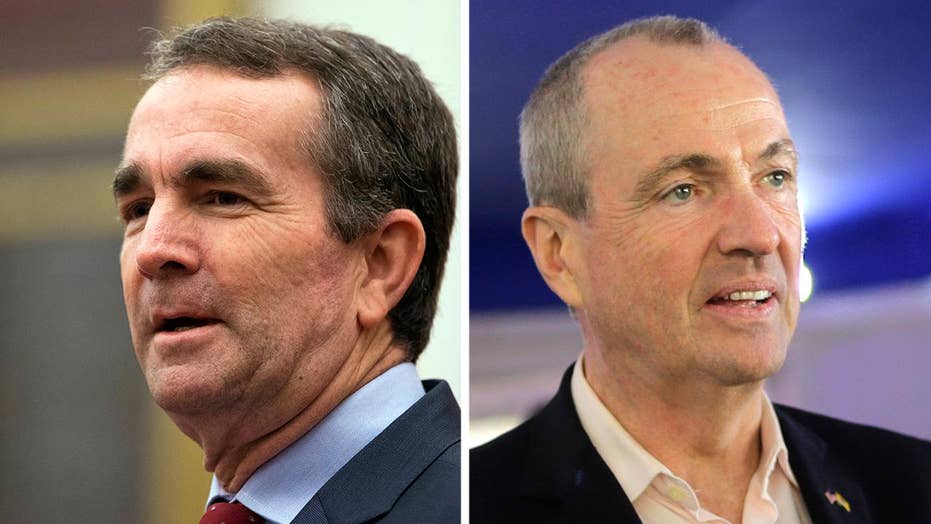 Did voters take a stand against 'Trumpism' in Virginia, NJ?

Karl Rove gives his take on the political rhetoric following the Democrat wins.

The high-profile governors’ races decided last week have put the spotlight on 36 gubernatorial contests next year, in which Democratic and Republican candidates are positioning and repositioning themselves as outsiders, reliable choices, giant slayers and job creators.

Nine House members already have decide to run for governor instead of seeking reelection, including Rep. Jim Renacci, a four-term congressman competing in the closely watched Ohio governor’s race.

GOP Gov. John Kasich must leave office because of term limits, and the party that wins his seat in 2018 will play an influential role in the battleground state in the 2020 White House race.

Another race to watch is Florida’s. State law keeps Republican Gov. Rick Scott from seeking reelection, in the early tossup race. With so many voters and Electoral College delegates in Florida, winning the governor’s seat is also key for both parties.

And control of governorships and state legislatures will give the political party in power at least some authority in redrawing congressional districts after the 2020 census.

To be sure, President Donald Trump will loom large over the races, with Democrats looking in part to build campaigns against GOP candidates who back the president’s agenda, while Republicans calibrate after last week’s losses in Virginia and New Jersey, the extent to which they support the Trump agenda.

“In light of the huge Democratic victories … on Tuesday, Republican candidates for governor around the country are growing uneasy about their chances heading into 2018,” said the Democratic Governors Association. “President Trump remains very unpopular, and Democratic voters showed they are fired up and prepared to turn out in record numbers.”

Political analysts also predict record amounts to be spent on the races.

Democrats will defend nine seats and risk losing two, with no solid opportunity to take a GOP-held seat, according to the Cook Political Report. Republicans will defend 26 seats with the potential to lose five, and a strong chance of losing New Mexico, the Cook report also shows.

“Given the number of GOP-held seats up, it is not unreasonable to expect Democrats to pick up seats,” Cook handicappers write. “The question now is how many.”

Several of the seats that Republicans hold are in states that 2016 White House Democratic nominee Hillary Clinton won, including open ones in Maine, New Mexico and Nevada, and with incumbents in Maryland and Massachusetts.

In the Nevada race, Republicans and Democrats each have sizable primary fields, which include Republican Attorney General Adam Laxalt, the son of former U.S. Senator Pete Domenici.

“Adam Laxalt is playing this regular guy, but he’s being bought and sold by outsider money,” says general campaign consultant Rory McShane. “If voters go to (the) site, and the information is okay for them, then it’s okay for them.”

The Democratic candidates in the race, so far, are Clark County Commissioners Chris Giunchigliani and Steve Sisolak.