Morgan was asked on "Fox & Friends" about a report that Acting Homeland Security Secretary Kevin McAleenan leaked the plans and ordered him to call off an operation that was expected to target 2,000 families living illegally in up to 10 cities across the country.

President Trump, however, ordered that Morgan continue as planned -- until he abruptly announced Saturday he was delaying the raids to see if Congress could work out a solution to the "Asylum and Loophole problems at the Southern Border."

Morgan declined to address the alleged stand-down order from McAleenan, saying it would not be "appropriate" for him to talk about "privileged" discussions with McAleenan or the White House. 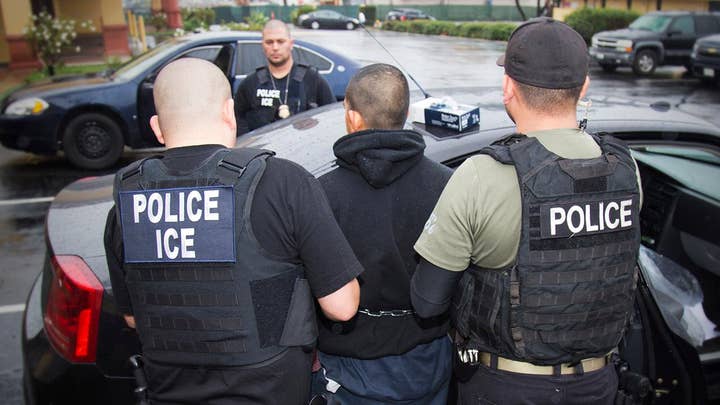 "Detailed information about the operation was leaked and that's egregious. The operation was compromised and when that happens, the lives of agents and officers are absolutely put at risk," said Morgan.

The source told Fox News that Homeland Security officials had been planning the raids since April — prior to former acting ICE director Ron Vitiello’s departure from the administration amid a DHS staffing shake-up — and that McAleenan had been opposed to the plans from the start.

“He is the one that wanted to make sure this operation did not go forward,” the source told Fox News. “He has been fighting this operation since its inception.”

McAleenan's office vehemently denied the accusation, saying through a spokesperson to "Fox & Friends" that McAleenan has never leaked anything in his 18-year career.

"That's exactly what I've heard ... that the acting secretary has denied that the leaks came from him," said Morgan.