Lawyers are descending on Florida as the state braces once again to become ground zero in a national election fight, and the epicenter appears to be Broward County where late-arriving ballots in Democratic strongholds are fueling accusations of political shenanigans.

Florida Republican Sen. Marco Rubio has highlighted a range of possible problems in the county—including a suspected mystery truck delivery of ballots—and has criticized local officials for their molasses-like process of counting ballots in the Senate race between Republican Rick Scott and incumbent Democratic Sen. Bill Nelson.

“Under #Florida law, county must upload by 7 p.m. day BEFORE election ALL early votes canvassed & tabulated by end of early voting & report results within 30 minutes of polls close. 60 hours after that deadline only 1 of 67 counties is still counting early votes, #BrowardCounty,” Rubio tweeted Friday morning.

Minutes later, he added that early voting in Broward County had ended “108 hours ago,” and that county officials “won’t disclose how many ballots are left.”

“The incompetence & the violation of #Florida reporting requirements by #BrowardCounty elections dept could impact more than just the outcome. The last thing our already dangerously divided nation needs is an important election 1/2 our people believe was rigged by the other 1/2,” Rubio tweeted.

Further, Rubio shared the account of a lone box labeled “Provisional Ballot Box” left at a county elementary school that served as a polling precinct. But the reporter who originally flagged the abandoned box later walked it back, citing another local reporter who tweeted a photo showing the apparent container filled with little more than supplies.

In the Scott campaign’s lawsuit, joined by the National Republican Senatorial Committee (NRSC), they allege that officials in Broward County are hiding critical information about the number of votes cast and counted. In a parallel suit against Palm Beach County, Scott and the NRSC charge that the election supervisor there illegally used her own judgment to determine voter intent when reviewing damaged or incorrectly filled-out absentee ballots, while refusing to allow impartial witnesses to monitor the process.

"I will not stand idly by while unethical liberals try to steal an election," Scott said at a press conference outside the Governor's Mansion, as he slammed potential "rampant fraud" in the race. 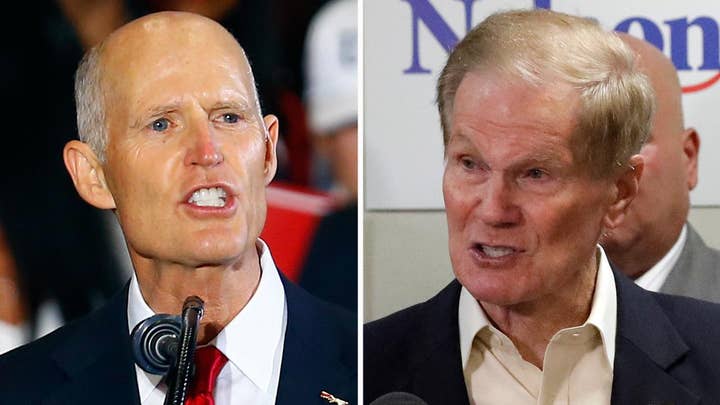 On Thursday, a Nelson spokesperson tersely dismissed Scott's effort: “The goal here is to see that all the votes in Florida are counted and counted accurately. Rick Scott’s action appears to be politically motivated and borne out of desperation.”

Scott complained that the late-arriving votes were steadily shaving his lead.

Florida law requires a machine recount when candidates are within 0.5 percentage points of one another.

A mandatory recount now appears imminent, not only in Scott and Nelson’s race, but also in the agricultural commissioner contest and Florida’s high-profile gubernatorial battle between Democrat Andrew Gillum and Republican Ron DeSantis. 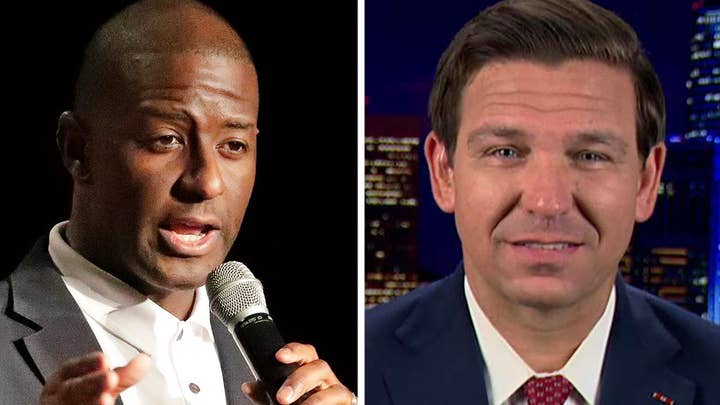 Gillum, who hoped to be the state’s first African American governor, conceded late Tuesday night. But by Friday, the Tallahassee mayor was reconsidering that concession, which is nonbinding.

Fox News' Gregg Re and Heather Lacy contributed to this report.