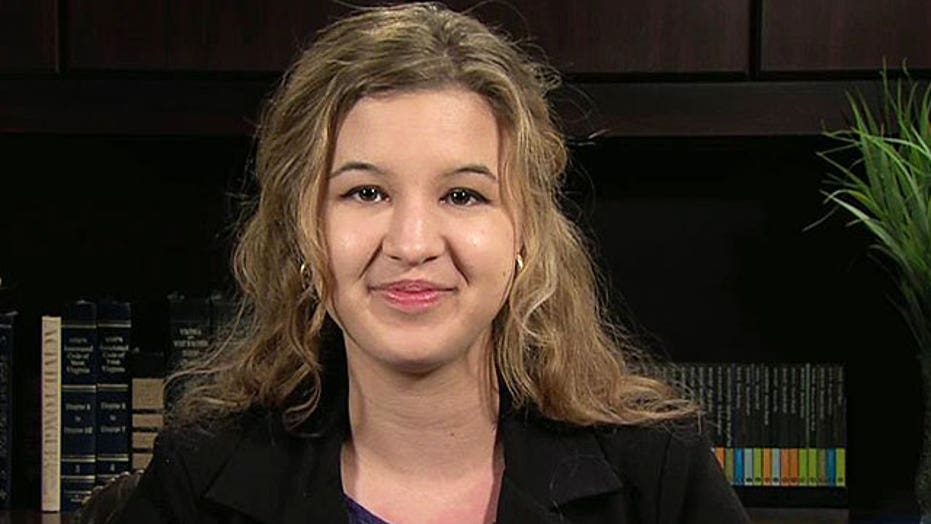 College student Saira Blair will become the youngest state lawmaker in the country after winning election on Tuesday to the West Virginia House of Delegates.

The young Republican told Fox News on Thursday that she hopes her candidacy helps encourage her conservative contemporaries to get more involved.

"I think they're afraid to be open about their views," Blair told Fox News. "I hope that, you know, being open that it's okay to have the same views as your grandparents, I'm hoping that some more young people will stand for their beliefs."

Blair, a freshman attending West Virginia University, made headlines earlier this year for running her campaign out of her dorm room. On Tuesday, she defeated attorney Layne Diehl, a Democrat.

Blair's birthday was in July, so she barely met the 18-year-old minimum age for West Virginia House delegates. She plans to skip spring classes so she can serve as a lawmaker. The Legislature meets for 60 days from January to March.

Blair says she stands for conservative principles, and ran primarily on a platform of job creation. She cited stories of West Virginia residents who leave the state after getting their degree because they can't find a good-paying job.

"Most importantly, I wanted to bring jobs to the state of West Virginia," she said.

Blair's father Craig Blair already is a member of the state Senate, and she said she started getting involved by shadowing him and working as his campaign manager. Blair told Fox News she thought she'd end up running later on in life, but she decided to move up that timetable after attending a state government seminar.

"It's always been something that I wanted to do, I just never planned on it at such a young age," she said.