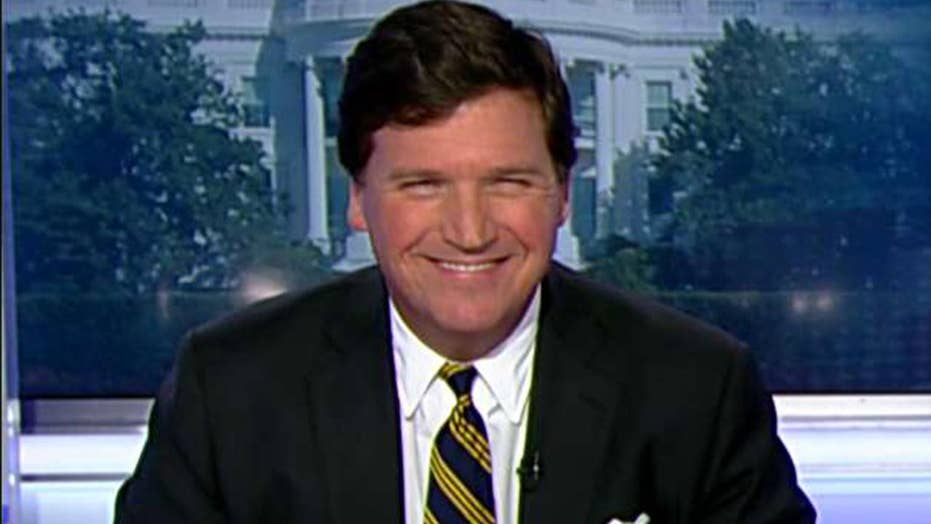 You might not realize it, but 2020 Democratic presidential candidate Kirsten Gillibrand is oppressed.

Have you ever noticed the weird compulsion in people, a lot of people, to pretend that they are the opposite of who they obviously are? Jussie Smollett would be one example, but it's everywhere and it is especially prevalent in politics. It's ubiquitous in the Democratic Party.

Just a few weeks ago, one Democratic politician who had worn blackface demanded the resignation of another Democratic politician for the crime of, yes, wearing blackface. That's more than hypocrisy, it's really an escape and evasion scheme. You escape scrutiny and evade punishment by accusing other people of doing exactly who you, yourself are doing, but on a much grander scale. The people calling you a thief are picking your pocket. The ones calling you an adulterer are hitting on your wife. The ones claiming you are immoral are themselves deeply worried about spending eternity in flames, and probably for good reason.

It's the Bill Clinton as a feminist scam. We could give you a million examples, but the living embodiment of this syndrome, the all-time Grand Prix, a triple gold medal winner in the category turns out to be running for president of the United States. It's Kirsten Gillibrand -- the junior Democratic Senator from New York.

Now Gillibrand is interesting not because there's a chance she will become the president, she won't.  Gillibrand is fascinating because she so perfectly embodies the attitudes and the vanities of the modern Democratic Party and of a ruling class more broadly.

If you want to know what they're thinking in the faculty lounge at Wesleyan, or out in Silicon Valley or in Hollywood, watch Kirsten Gillibrand.  She is who they all are. Like all of them, Gillibrand rarely utters a sentence anymore without some form of moral judgment. She appears to have retired from politics, actually.  She's a preacher now.  Here’s a litany of the things she’s been saying recently:

“This country was founded on some basic moral principles. That we have a moral compass as a nation, our morality as a country is literally on a knife's edge. … For me it's really a moral question. … For me it's very much a moral question. … I've been called to fight as hard as I possibly can to restore that moral integrity and that moral decency.”

"Moral integrity, moral decency."  It would be interesting to know if Gillibrand gave that lecture to her old friend, Harvey Weinstein, or to her pal, disgraced New York Attorney General Eric Schneiderman.  Schneiderman by the way now stands accused of beating women and calling his Sri Lankan girlfriend a quote, "brown slave."  Did she mention that to him?

Did the question of moral principles ever come up during the time that Gillibrand spent with her mentor, Bill Clinton?  Probably not.  In fact, it's not exactly clear how Gillibrand or any of these people define the word "moral."

A couple of months ago, Gillibrand gave us a hint, "Our future," she wrote in a tweet, is, "Female.  Intersectional.  Powered by our belief in one another."

Do you have any idea what any of that means? Gillibrand likely doesn't, no one has asked her to explain.  They're afraid to ask her anything. Why? Because Gillibrand is a victim now. Bet you didn't know that, but she is. She is shielded from the scrutiny the rest of us receive.

She announced her new status as a victim just last week in a fundraising pitch: "I'm already facing questions about my likability and tone," Gillibrand wrote. "Sexism is bubbling into the narrative around our campaign, but I certainly won't stop fighting for a country that values and respects women.  Will you add your name to reject sexism in our political system?" Get it?

Kirsten Gillibrand is now oppressed.  You wouldn't know that by looking. In fact, she seems like one of the most powerful people in the world.  She is a U.S. Senator and a presidential candidate.  She went to a pricey all girls' boarding school and then an Ivy League college, and then law school,

And then she has political connections to get a prestigious legal clerkship and then she got her Senate seat without really running for it.  That all seems like a pretty high level of privilege, but, no, despite a life of wealthy connections, Kirsten Gillibrand is now telling us, she is oppressed.

Who are the oppressors?  Well, they are you and me and anyone else who doesn't support her campaign for president. We're guilty of sexism.  She's the victim of it. 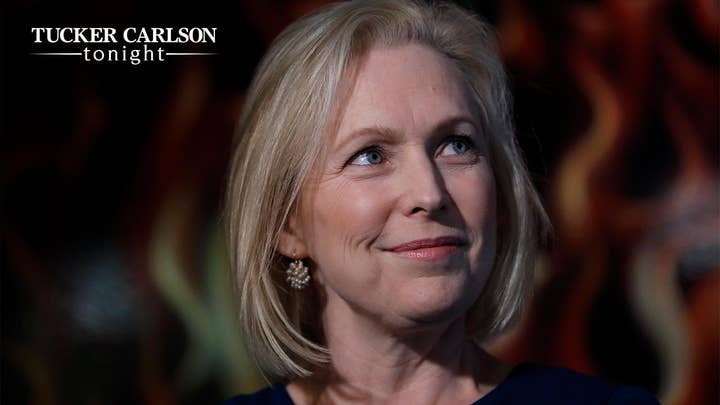 You won't be surprised to learn that Kirsten Gillibrand was one of the very first politicians to side with Jussie Smollett. She can empathize with another pampered rich person fighting for victimhood status.  When the next hate-hoax comes along, Gillibrand will probably tweet support of that, too.  She can't resist a fad.

Whatever the political opportunities are, she is there, too, in lockstep.

Gillibrand once supported a balanced budget amendment, now, she backs the Green New Deal.  She once bragged about keeping two guns under her bed, she had an A-rating from the NRA, now she wants to ban rifles. She says the NRA is not simply wrong, but evil.  Here’s what she said, “The NRA has a choke hold on Congress.  The NRA is concerned only with gun sales.  It is literally all about money.  It is all about greed.  It has nothing to do with the Second Amendment.  It is the power of money.  It is the power of communications.  It's the fear they instill in members and it's wrong.  It's morally wrong.”

There it is again, "it's morally wrong."  The beauty of declaring something morally wrong, rather than just misguided or ineffective, is that you can't really argue with a moral absolute.  You can only obey a moral absolute, and that's of course, the point of laying it down.

As a member of Congress not so long ago, Gillibrand said she believed in borders.  She promised to crack down on sanctuary cities.  She opposed awarding driver's licenses to illegal aliens. That was then. Now, she wants to abolish ICE. Here’s what she told CNN’s Chris Cuomo:

“I don't think I.C.E. today, is working as intended.

Chris Cuomo, anchor, CNN:  Well, you think you should get rid of the agency?

You could see her trying to remember the talking points, "Don't get confused.  Reimagine ICE."  But she got a little over her skis. It turned out that when she said that, banning ICE wasn't very popular even among Democratic voters.  So Gillibrand lurched back and said she didn't really want to get rid of ICE, when, as you saw in the interview with CNN, she proposed exactly that.

But now, just a few months later, she is lurching back again, abolishing ICE.  That qualifies as centrism in the Democratic Party right now.  So Gillibrand needs something more radical than that.  She wants to be considered the progressive candidate, and this week, she found it.

Gillibrand proclaimed that border security is immoral because it impedes the movement of indigenous peoples into our country, which apparently is really their country. Here’s this exchange:

Interviewer:  On immigration, I mean, there is a crisis going on at the border right now.

Interviewer:  And I just want to note that a lot of these people are indigenous to this land and that border is cutting them off.

Gillibrand:  I know.  That's why the wall is so absurd and hurtful.

Just who are these indigenous people?  Who knows, as long as they're female and intersectional, Kirsten Gillibrand believes they are our future.