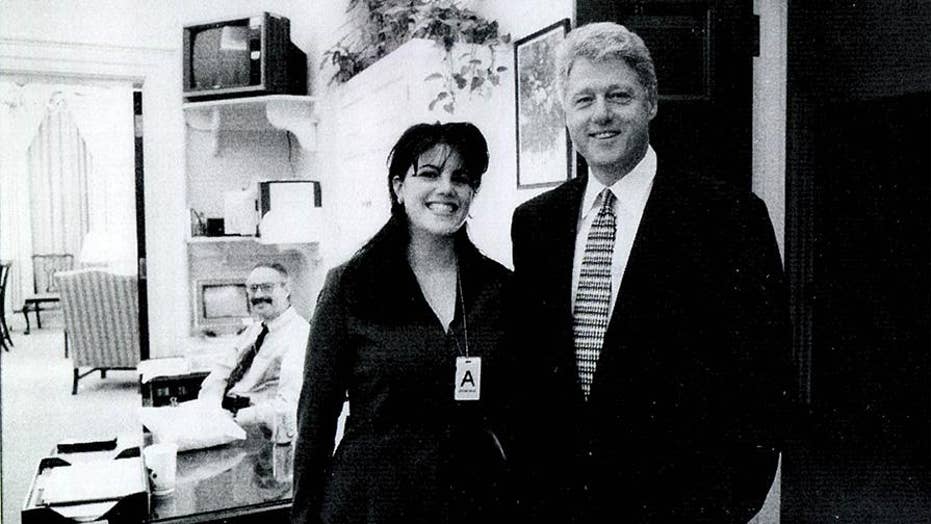 Monica Lewinsky is telling all in a new interview that details her affair with former President Bill Clinton and how the scandal forever changed her life, Fox News has learned.

The special aims to examine the jaw-dropping events that led to the now-72-year-old’s impeachment, which occurred on December 19, 1998.

Lewinsky and her parents, as well as those close to Clinton, including former senior advisor Sidney Blumenthal and former lawyer Bob Bennett, participated in the documentary. Foster previously told The Hollywood Reporter that while the Clintons are aware of the project, they themselves are not involved with the series.

“I don’t talk about this very often and I still feel uncomfortable talking about it because I think it’s one of those things where it’s not as if it didn’t register with me that he was the president,” Lewinsky reflected in the documentary. “Obviously it did. But I think in one way, the moment we were in the back office [of the White House] for the first time, the truth is that I think it meant more to me that someone who other people desired had desired me. However wrong it was. However misguided. For who I was at that very moment at 22-years-old, that’s how I felt.”

Lewinsky was a 21-year-old recent college graduate from Los Angeles when she began working at the White House as an unpaid intern in July 1995. It didn’t take long for her to have “strange encounters” with other interns.

“One in particular [was] this girl gushing over about the president,” she recalled. “Talking about how handsome he was. And I just remember thinking to myself, ‘Ew! This is an old guy with wiry grey hair. How could she find him attractive?’ I didn’t get it until the first time I was really in his presence.”

Lewinsky said her feelings changed when she saw Clinton at an event.

“I was struck in a way that he had this ability to hold everybody that was there,” she said. “… Everybody is sort of starry-eyed in his presence. I kind of have to laugh at my younger self. But that was when my crush started.”

Lewinsky revealed that between August to October, the pair shared a number of “flirtatious encounters.” However, things escalated in November 1995 during the federal government shutdown. Interns had taken on roles of furloughed federal employees. Lewinsky described that at one point there was a small staff birthday party with Clinton present.

“I realized that the top… of my underwear had been showing, my thong underwear,” she said. “And I thought, ‘Well, I’ll up the game. I knew he was walking out of a room. And instead of putting my trousers up, like I would have done in any other incidence, I didn’t. It was unnoticeable to everybody else in the room, but he noticed… I just remember him asking me questions… Where did I go to college, things like that. I don’t think at that point in my life my heart had ever beat as fast. I blurted out, ‘You know, I have a crush on you.’ And he laughed and smiled and asked me if I wanted to go to the back office. And I did.

“It was dark and he eventually asked me if he could kiss me and I said yes. After a little time, I went back to my desk. And at some point later in the evening, I was the only person in the office. And he came back in and he said, ‘If you want to meet me in the back study in 10 minutes you can.’ So I did. And it became more intimate from there.”

Lewinsky claimed Clinton would find excuses to see her and the two would plan on how they could accidentally bump into each other.

“He had a private personal office,” she said. “… That’s where every intimate encounter took place. The encounters blossomed into a relationship. [But] no monkey business happened inside the Oval Office proper. We would talk and maybe flirt here and there, but no sexual activity happened in the Oval Office.”

“At that point, he was in touch or I saw him almost weekly,” Lewinsky added, stressing that not every time she spent with him was sexual.

Still, the relationship appeared to be on Clinton’s terms.

“I had no way to reach him,” she said. “If he called me, I couldn’t call him back. I was completely at his mercy in that way. But it’s really sad to me when I look back on it. I was this 22-year-old girl working in the White House… I should have been out on the weekends, meeting people my own age and enjoying myself. And instead, I very often stayed in my office on Saturdays and Sundays, hoping he would call.”

However, Lewinsky was shocked when in April 1996, she was transferred from the White House to the Pentagon. This was around the same time Clinton was campaigning for a second term.

“I was distraught,” said Lewinsky. “I thought I would never see Bill again.”

Lewinsky felt she also wasn’t the right fit for a role at the Pentagon.

“My experience with that was I had a military-style jacket,” she joked.

However, Lewinsky received phone calls from Clinton during the late hours and promised her she would return to the White House if he won the election.

“He would say he missed me, he’d wear the neckties I had given him,” she said. “So the relationship was ongoing, but just in different ways… I was waiting for the election to be over. Waiting for him to fulfill his promise to bring me back… For the last two weeks leading up to the election, I didn’t hear from him at all. I had naively invested in his promise… I felt so deflated and so desperate. And those were the conditions, along with some other things, that led me in confiding to Linda Tripp… I just broke emotionally.”

However, Lewinsky’s insecurities vanished in early 1997 when Clinton gave her a hat pin and Walt Whitman’s “Leaves of Grass” after a taping of his radio show.

“This was the first time we had been alone since I had been banished to the Pentagon,” said Lewinsky. “And so we moved to the bathroom and we were more intimate. There was some attention paid on me and then I was reciprocating where up until that point he had always stopped before completion on his part. I sort of stood up and said I wanted to move past that stage. And he finally said OK. So that finished. And then I hugged him after. And he hugged me. And off I went. I didn’t notice that the dress was soiled… I went to dinner that night. None of these people said to me, ‘Hey, you gotta go to the bathroom. You have stuff all over your dress.”

Lewinsky admitted that while Clinton at times was warm and affectionate, he also gave her a lot of mixed messages. In May of that same year, he wanted to end the relationship because he was struggling to step outside his marriage and leading a secret life. Lewinsky was also waiting to get a job back at the White House.

“I was really angry,” she admitted. “Obviously underneath that anger was the deep hurt.”

In July, Lewinsky sent Clinton a letter and instead of referring to him as “handsome,” she described her frustrations about working at the Pentagon and how she would ultimately have to tell her parents why she leaving behind a well-paying job.

“I ended up seeing him on July 4th,” said Lewinsky. “He was angry… We were in the back study and he started yelling at me, like ‘It is illegal to threaten the president of the United States of America.’ He was so angry. And I started to cry. I never threatened to go public. I threatened to tell my parents. He immediately softened and he was affectionate… It was a roller coaster of a relationship [that] led to a slow emotional unraveling on my part.”

That breakdown would occur in January 1998 when Tripp called the Office of the Independent Counsel and revealed she knew about the affair, offering them taped conversations. The OIC then made Tripp set up a meeting with Lewinsky at the Ritz-Carlton. There, Lewinsky is ambushed by FBI agents and taken to a hotel room where she is held by waiting prosecutors from the OIC until late in the night.

“I felt so much guilt,” said Lewinsky. “And I was terrified. There was a point for me… where I would be hysterically crying and then I would just shut down. And in the shut-down period, I remember looking out the window and thinking that the only way to fix this was to kill myself... I was scared. I was mortified and afraid of what this was going to do to my family. And I still was in love with Bill at the time. So I felt really responsible.”

Lewinsky, who for years kept quiet about the relationship, came forward in February for a Vanity Fair essay in which she described her ordeal as “a living hell,” adding that the experience of being publicly outed and ostracized back them resulted in her being diagnosed with post-traumatic stress disorder. She now serves as an anti-bullying advocate.