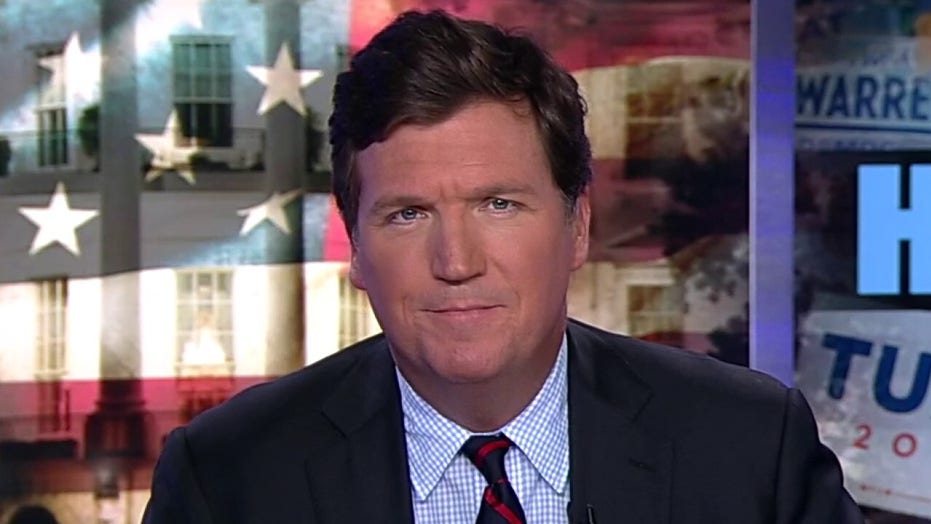 Struggle continues for control of the Democratic Party.

Beyond New Hampshire, the struggle continues - and will continue - for control of the Democratic Party. That's what is really at stake here. At war two groups, as you know — the Bernie Sanders campaign versus the Democratic establishment in Washington and its many operatives and sycophants in the media.

First among equals in the latter group is Jeff Zucker's CNN, which has devoted not only its entire programming schedule to stopping Bernie Sanders but also used an officially sanctioned Democratic debate as well.

You'll remember this sandbag, for example.

Abby Phillip, CNN White House correspondent: Sen. Sanders, I do want to be clear here. You're saying that you never told Sen. Warren that a woman could not win the election?

Phillip: And Sen. Warren, what did you think when Senator Sanders told you a woman could not win the election?

So if you're wondering why Bernie Sanders was in first place Tuesday night, that's part of the reason.

It didn't work, needless to say. The network that considers Don Lemon an important public intellectual doesn't have the fine motor skills to pull off an effective political hit. Subtlety is not in the vocabulary over at CNN.

So in the end, just as impeachment helped Donald Trump, being attacked by the flunkies on CNN helped Bernie Sanders. But the oblivious media kept going, bolstering the campaign of a man they hate by leveling transparently absurd attacks against him. Does that sound familiar to you?

In the end, just as impeachment helped Donald Trump, being attacked by the flunkies on CNN helped Bernie Sanders. But the oblivious media kept going, bolstering the campaign of a man they hate by leveling transparently as absurd attacks against him. Does that sound familiar to you?

And as if the parallels to 2016 couldn't get clearer, here they are calling Sanders a sexist.

Lauren Leader, activist: The ongoing feeling among many women, especially Clinton supporters, that Sanders supporters - the sort of "Bernie Bros" as they are called - you know, have had misogynistic, sort of, bullying tactics.

Karen Finney, CNN analyst: Bernie came into this race with a bit of a legacy. The Bernie Bros were known to have been horrible to women.

And the Bernie Bros again, they're pretty obnoxious and they're very sexist and misogynist.

He never really took on the Bernie Bros and said, "Let's calm down a bit."

Kasie Hunt, MSNBC host: There's a lot of pain left over from what happened with Hillary Clinton. There are a lot of people who still feel like Bernie's campaign was underlying -- there's a lot of underlying sexism going on. The Bernie Bro mob on Twitter is not a fun place to live. It's just not.

You've got to thank heaven for cable news in a moment like this. Record dead, coronavirus, opioids, wokeness — it's not easy to laugh right now. But moments like the one you just saw make it possible.

An employee of NBC News lecturing Americans about toxic sexist environments? The Harvey Weinstein channel goes feminist? It's just too good. Though apparently they weren't kidding. Whatever. We'll take it.

But they didn't stop there. On Monday, Chuck Todd explained that, in addition to everything else, Sanders voters may be Nazis.

Chuck Todd, MSNBC host: I want to bring up something that Jonathan Last put in the bulwark today and it was about how — and Ruth, we've all been on the receiving end of the Bernie online brigade, and here's what he says. He says, "No other candidate has anything like this sort of digital brown shirt brigade. I mean, except for Donald Trump. The question no one is asking is this, what if you can't win the presidency without an online mob?"

So why is he winning? One of the reasons is the attacks he has received from the media, including the one you just saw. They're calling him a Nazi on MSNBC.

They're trying to stop Bernie, it may have had the opposite effect.