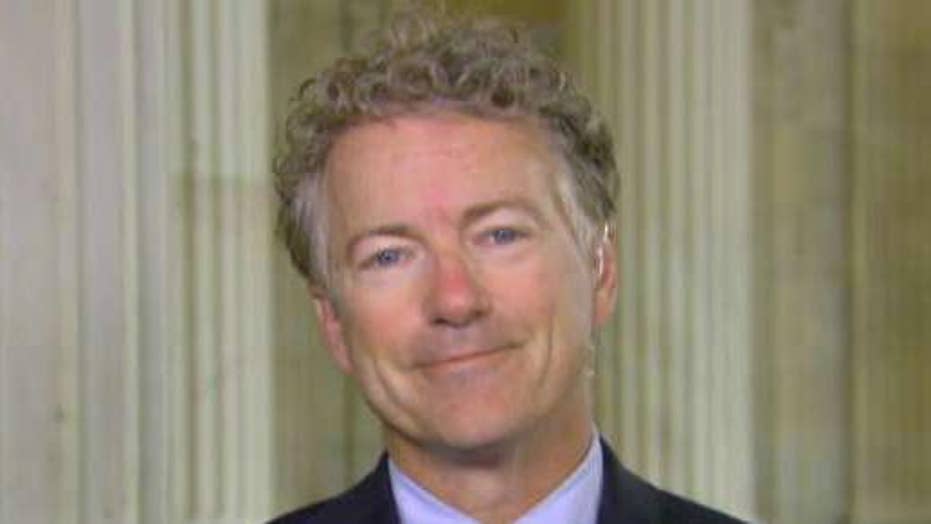 Back in January, I wrote to FBI Director Christopher Wray, asking him about the status of Peter Strzok and Lisa Page’s security clearances and access to secret databases filled with information on American citizens.

You will recall, of course, that Strzok and Page were the agents who had extensive discussions in their jobs as FBI agents about their political vendetta against President Trump and that the FBI not go too hard against Hillary Clinton.  The pair exchanged more than 50,000 text messages, offering a glimpse into the personal political agenda of agents who were supposed to be unbiased investigators and agents.

I’m concerned by many things about this situation.  First, that such information is regularly available to police agencies without judicial oversight.  Our Constitution requires warrants and judicial oversight over police power, precisely to avoid abuses and protect the rights of all citizens.

But that’s not what happens today under the practices at the FBI and DOJ, and this should be alarming to all Americans.  Whether you agree with President Trump or not, if they can pursue an agenda and unconstitutionally go after the President of the United States, imagine what they could do with this power against any American.

Much like in responding to the House information requests, the FBI has basically thumbed its nose at me, and therefore at you.

While we must work on this larger problem, my specific questions to the FBI simply concerned these two provably biased agents, and their current level of access.  I asked Director Wray:

?         Do Mr. Strzok and Ms. Page have the ability to search FISA and other secret or classified data on Americans?

The answer should anger and alarm all Americans.

I was told, “All FBI employees must maintain a Top Secret security clearance.”  Additionally, I was informed that “[t]he FBI does not reveal the specific accesses granted to particular employees.”

Well, that’s unacceptable.  These agents should be removed from any such access, if not from their jobs entirely, and there is no reason that can’t be stated publicly.

Much like in responding to the House information requests, the FBI has basically thumbed its nose at me, and therefore at you.  I’ve now sent this same request to Attorney General Jeff Sessions and will be bringing it directly to President Trump.

Of course, as Madison warned, men are not angels.  The exposure of political bias at the FBI is exactly why many of us advocate for greater oversight of the FBI, especially since the recently passed reauthorization of FISA Section 702 surveillance, largely without checks and balances.

I’ll continue to work on the bigger picture, as well.  Our surveillance state has grown too large, too powerful, and too unchecked.  We should require warrants for searches on Americans.  We should have greater oversight.  And we should remember the admonition that we should not trade liberty for security.