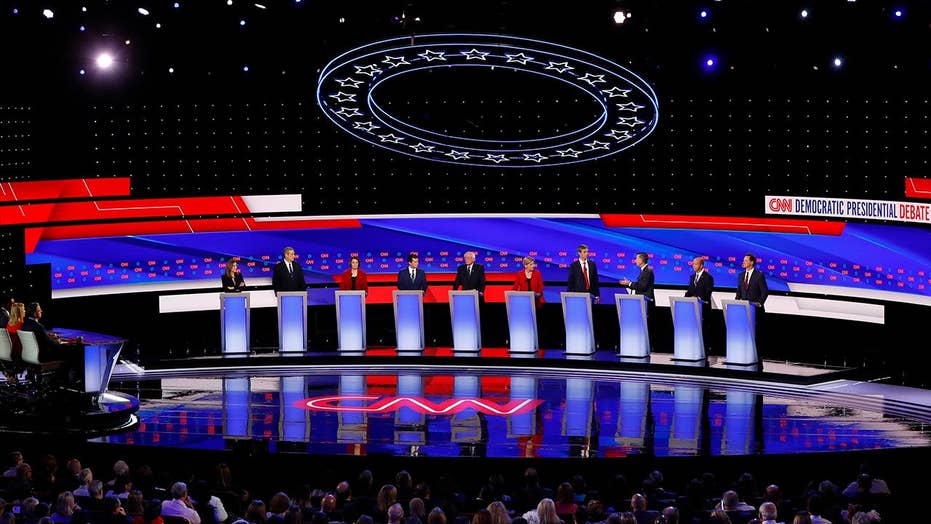 Voters grade 2020 Democrats on their performance during night one, round two of debates

Pollster Lee Carter breaks down how voters feel about the candidates' performances during night one, round two of the 2020 Democratic presidential primary debates.

If Tuesday night’s debate had taken place six months ago, the questions and answers would have been dominated by Russia, Russia, Russia. But with the accusations that President Trump was a traitor exposed for the hoax they always were, the left had to come up with a new slogan. Enter racist, racist, racist.

Democrats and their media handmaidens apparently insist that their team march to a one-word mantra of six letters that begins with an “r.” That way they can turn on a dime and nobody will really notice. Brilliant!

MICHAEL GOODWIN: DEMS ARE OBSESSED WITH TWO THINGS -- IMPEACHMENT AND RACE. IT WON'T HELP THEM WIN 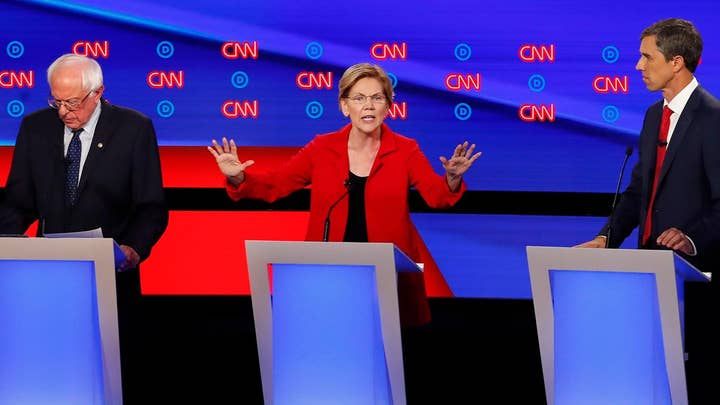 Except that people notice because repeatedly calling the president a racist is obviously a fig leaf designed to hide a lack of substantive arguments. Even the partisan audience in Detroit didn’t seem impressed with the name-calling, perhaps because it was coming from 10 white candidates.

By the same token, the audience might simply have been confused by the speed-dating format. In a warm-up speech, the party’s national leader, Tom Perez, tried to justify the hectic pace by saying that it would give viewers a sense of all 10. I don’t think Perez would have won many votes with the audience afterward.