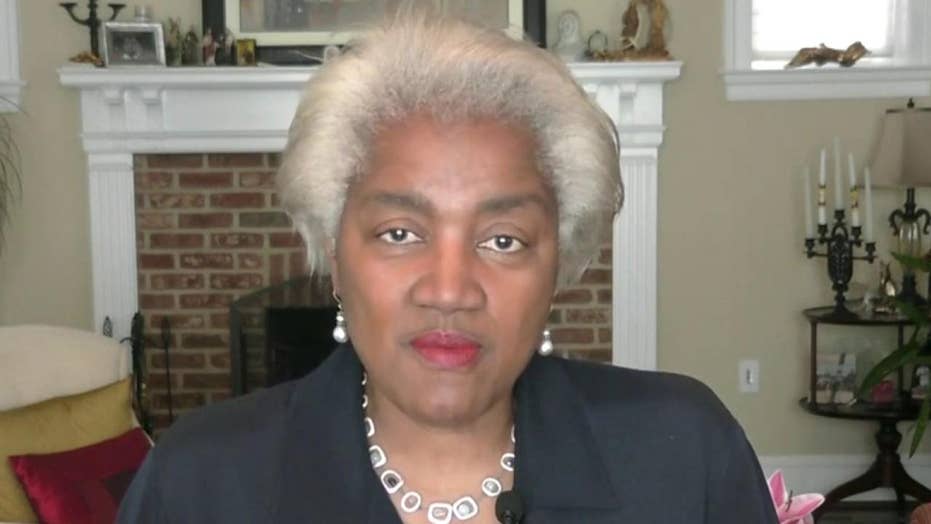 Transparency! Accountability! Aren’t these virtues among the very least we should expect from the police in our country?

In the wake of the murders of George Floyd, Breonna Taylor, Ahmaud Arbery and so many other African-American men and women by current and former police, Democratic leaders in Washington Monday unveiled the Justice in Policing Act.

To protect the safety and rights of all Americans, especially black and brown communities who have suffered centuries of abuse by an unequal justice system, this legislation must be passed.  And it must be passed now!

DONNA BRAZILE: GEORGE FLOYD AFTERMATH – WHEN WILL THIS END?

The past few weeks have seen tens of thousands of Americans marching peacefully across our country for change. Change in policing. Transparency. Accountability. Trust. An end to systemic racism. An end to police violence.

Not surprisingly, the Trump administration has responded, not with constructive proposals to promote this change, but with brute force and inane tweets calling for “law and order.”

In the absence of leadership from the White House, Democratic elected officials, community organizers and religious leaders across our country – from Minneapolis to Louisville, to Flint, to New York City, to Seattle, and to Washington, D.C. – are proposing long-overdue changes to policing.

Sadly, given the centuries of pain and anguish wrought by officially sanctioned violence on black and brown communities in America, this change may take years. And it will require courage and cooperation among federal, state and local officials and community leaders.

So what exactly does this act propose? And how will it fix our broken system of policing?

To the tremendous credit of my friends on the CBC, this act provides a comprehensive response to excessive policing and systemic racism.

Allow me to repeat that: The act prohibits discriminatory profiling by, and mandates such training for, police. As I said, isn’t this the very least we should expect from the police in our country?

And here are more changes proposed in this eminently reasonable bill:

Do any of these changes sound unreasonable to you? Of course not. How could they, when all they do is protect American lives.

The act goes further in calling for meaningful accountability in cases of police brutality by:

The Justice in Policing Act proposes all of these changes and many more. Given the historic nature of this act, there are two more points that merit our undivided attention:

The first is what the act does not propose. It does not provide new federal funds for police. But it also does not propose defunding the police entirely, as some of my friends and fellow protesters have demanded. Rather, states and localities must make that decision for themselves.

More than 150 years after slavery was abolished under the 13th Amendment to the U.S. Constitution and more than 50 years after the civil rights movement and the murder of Martin Luther King Jr., lynching is still not recognized as a federal crime.

The act does, however, require that existing federal funds be used to support programs to fundamentally change police culture and to empower our communities to shape the future of policing. Specifically, it establishes grants for community-based organizations to reimagine public safety and to develop alternative policing practices that will ensure transparency, accountability, equality and safety for all Americans.

The second is what the act does propose. Under the act, lynching would finally be deemed a federal crime.

Wait, what’s that? Lynching isn’t already a federal crime? In 2020! How, you might ask, is that even possible?

More than 150 years after slavery was abolished under the 13th Amendment to the U.S. Constitution and more than 50 years after the civil rights movement and the murder of Martin Luther King Jr., lynching is still not recognized as a federal crime.

As my friend Sen. Harris so eloquently said to Sen. Ran Paul, R-Ky., in trying to pass legislation to finally rectify this historic wrong, “there is no reason other than cruel and deliberate obstruction on a day of mourning,” to try to delay or block this action to make lynching a federal crime.

The brave leaders who proposed this historic legislation – I would humbly call it a Civil Rights Act for the 21st Century – included a “Dear Colleague” letter with the bill. In it, they acknowledged that, “While there is no single policy prescription that will erase the decades of systemic racism and excessive policing — it’s time we create structural change with meaningful reforms.”

I could not say it better. And I pray that our leaders in Washington and across our great country – Republicans, Democrats and Independents alike – heed the growing calls for change coming from all Americans. Pass this act now!