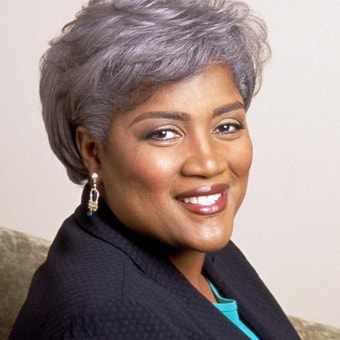 She is the former interim Chair of the Democratic National Committee (DNC), the author of the New York Times bestseller Hacks: The Inside Story of the Break-Ins and Breakdowns That Put Donald Trump in the White House and the 2004 best-selling memoir Cooking with Grease: Stirring the Pots in American Politics.  She is also a co-author of For Colored Girls Who Have Considered Politics, which won the 2019 NAACP Image Award for Outstanding Literary Work, Nonfiction.

Ms. Brazile has devoted her life to working for progressive change, responsible governance, and the advancement of all people in a society that is fair and equitable.  She first got involved in politics at the age of nine when she worked to elect a City Council candidate who had promised to build a playground in her neighborhood; the candidate won, the playground was built, and a lifelong passion for political progress was ignited. Brazile has worked on every major presidential campaign since 1976 and in 2000, she became the first African American woman to serve as the manager of a major party presidential campaign, running the campaign of former Vice President Al Gore.

She has lectured at over 200 colleges and universities across the country on such topics as “Inspiring Civility in American Politics,” “Race Relations in the Age of Obama,” “Why Diversity Matters,” and “Women in American Politics.” In 2013, Brazile was appointed by President Obama to serve on the J. William Fulbright Foreign Scholarship Board. She is also the proud recipient of more than 10 honorary doctorate degrees from major colleges and universities, including her alma mater Louisiana State University. In October 2017, Brazile was the recipient of the W.E.B Du Bois Medal, Harvard’s highest honor in African American studies.  She has served as an adjunct professor at Georgetown University since 2002 and spent the fall of 2017 serving as a Joan Shorenstein fellow in Media, Politics and Public Policy at the Harvard Kennedy School.  Howard University has appointed Brazile as the Gwendolyn S. and Colbert I. King Endowed Chair in Public Policy for two consecutive academic years.  In this capacity, she is responsible for developing and hosting a lecture series to engage the Howard community on several subjects, including politics, voting, criminal justice reform and civility.

O, The Oprah Magazine named Brazile as one of its 20 “remarkable visionaries” for the magazine’s first-ever O Power List. In addition, she was named among the 100 Most Powerful Women by Washingtonian magazine, Top 50 Women in America by Essence magazine, and received the Congressional Black Caucus Foundation’s highest award for political achievement. In 2016, Ms. Brazile was awarded Wonk of the Year from the Kennedy Political Union at American University.  In March 2018, Black Enterprise awarded Brazile with the Barbara Graves Legacy Award.

Ms. Brazile has worked passionately on behalf of her beloved hometown of New Orleans. In the aftermath of the two catastrophic hurricanes that devastated the Gulf region, Brazile was appointed by former Governor Kathleen Blanco to serve on the Louisiana Recovery Board to work for the rebuilding of the state and to advocate for the Gulf recovery on the national stage. Brazile was also appointed by New Orleans Mayor Mitch Landrieu to serve on the Tricentennial Commission.

Prior to joining Fox News Channel, Brazile was a contributor to ABC News and CNN.  She was the recipient of a Daytime Emmy Award for Outstanding Daytime Program, Good Morning America (2016-2017) in connection with her work with ABC.  She has also been a syndicated newspaper columnist for Universal U’Click and a prolific writer with articles appearing in nearly every major newspaper in the nation. She moonlights as an actress and is especially honored to have made three cameo appearances on CBS’s The Good Wife, and two cameo appearances on Netflix’s series House of Cards. She most recently appeared on BET's Being Mary Jane. Ask her and she’ll tell you that acting, after all, is the key to success in politics.

Brazile is the founder and director of Brazile & Associates LLC, a general consulting, grassroots advocacy, and training firm based in Washington, DC. 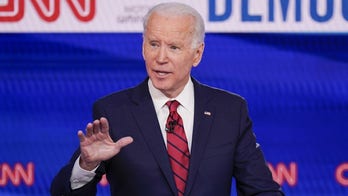 I’ve known Joe Biden for decades, and I know it’s absolutely absurd for anyone to call him a racist in reaction to his poor choice of words in an interview Friday with an African-American radio host. 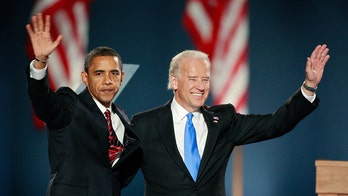 No matter how hard President Trump tries to smear President Obama, we will not forget the tremendous accomplishments of the Obama-Biden administration.. 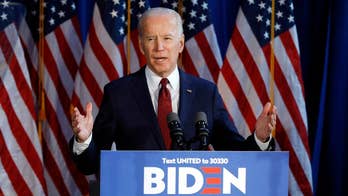 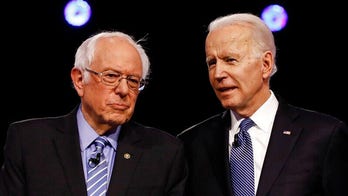 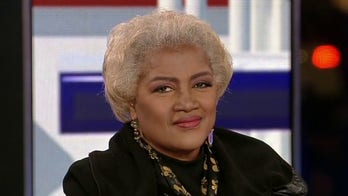 I am going to use this jobs report to urge our country’s leaders to fight these challenges head-on, including with federal and state legislation. 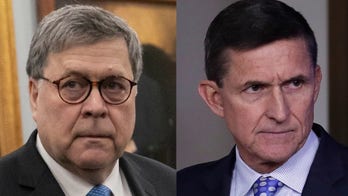 Attorney General Barr claimed he wants to end the prosecution of Michael Flynn in order “to restore confidence in the system” and that he “was doing the law’s bidding.” In fact, that’s exactly the opposite of what happened. 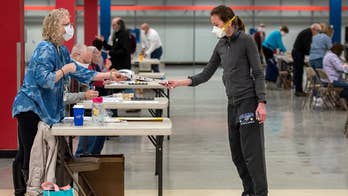 I’m horrified that the administration and Senate Majority Leader Mitch McConnell are putting American lives at risk by forcing them to vote in-person during a pandemic involving a highly communicable virus. 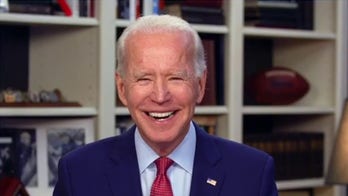 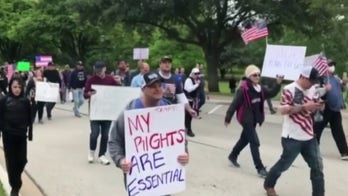 Protesters don’t seem to understand that the state government orders requiring us to stay at home except for limited activities – like shopping for food or medicine, or getting medical care, or performing essential jobs – are protecting the health and lives of us all, including the protesters and their families. 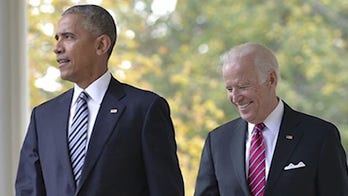