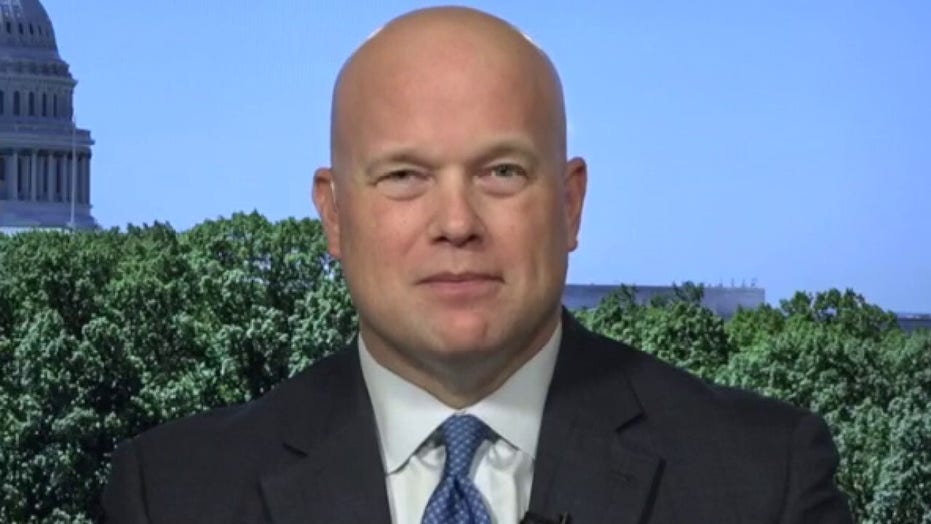 From the Civil Rights movement of the 1960s to the 2009 Tea Party March on Washington in 2009 to the annual March for Life in our nation’s capital, peaceful protests have been a hallmark – and strength – of American democracy.

But the violence that has erupted around the protests over the death of George Floyd has nothing to do with democracy. Attacks on law enforcement officers and innocent civilians; looting and burning small businesses (often in minority neighborhoods) – this is criminal behavior. It is the work of anarchists and lawless mobs, instigated by those who want to take advantage of the tragedy that occurred in Minneapolis.

State and local law enforcement are responsible for protecting the public – including those engaged in civil protests – and going after those engaged in criminal violence. If police forces need help, governors may call upon their state National Guard to lend a hand.

JAMES CARAFANO: LIKE HEROES OF D-DAY, NATIONAL GUARD MEMBERS NOW DEFEND US – THIS TIME FROM RIOTING IN US

U.S. Attorney General William Barr has said that federal law enforcement also has a role in “apprehending and charging the violent agitators who have hijacked peaceful protest and are engaged in violations of federal law.” He added that the “violence carried out by Antifa and other similar groups in connection with the rioting is domestic terrorism and will be treated accordingly.”

He’s right, if there are violations of federal law.

The Federal Anti-Riot Act (18 U.S.C § 2101) allows the federal government to go after anyone who “travels in interstate or foreign commerce” or who uses “any facility of interstate or foreign commerce, including, but not limited to, the mail, telegraph, telephone, radio or television” to “incite a riot; or to organize, promote, encourage, participate in or carry on a riot; or to commit any act of violence in furtherance of a riot.”

So anyone who travels from out of state or uses his phone or his computer with the specific intent to instigate and participate in riots is violating federal law. It also applies to those who “aid or abet” anyone else to carry out such acts. Someone found guilty can be fined, imprisoned for up to five years or both for each violation.

The law contains an unusual provision that shows Congress was quite serious about using it to stop the type of anarchy we are seeing in some of our nation’s cities today. It directs the attorney general, when he believes that any person has violated the law, to “proceed as speedily as possible with a prosecution … and with any appeal” that may result “from any decision adverse to the government resulting from such prosecution.”

The Justice Department also has the ability to use a criminal civil rights statute against those members of Antifa and other domestic terrorist groups who use face masks and disguises intended to hide their identity.

Congressional intent is clear here: when riots break out, the executive branch must act as quickly as possible to go after those who are fomenting mayhem.

This provision was used successfully to prosecute three white supremacists who traveled from California to Virginia in August 2017 to incite and organize violence in protests being held at the University of Virginia. In May of last year, a federal district court in U.S. v. Daley ruled that this statute was constitutional, rejecting the defendants’ arguments that it was not within the power of Congress to pass such a criminal law.

The Justice Department also has the ability to use a criminal civil rights statute against those members of Antifa and other domestic terrorist groups who use face masks and disguises intended to hide their identity.

These rioters are arguably violating the rights of peaceful protesters, business owners and law enforcement officers to exercise their free speech rights, to own private property and protect their lives, and to carry out their duties to protect the public and enforce law and order.

Violating this statute is punishable by up to 10 years in federal prison. Ironically, the disguise language was inserted into the statute to go after the Ku Klux Klan (KKK). It may be applicable here, as it seems obvious that Antifa and other radical groups have adopted the KKK’s tactics of violence and masking.

State and federal law enforcement have to act to stop violent criminals from hijacking of the “peaceful and legitimate protests” – as Barr termed it – over George Floyd’s death. This type of criminal behavior has no place in a civilized, orderly society where we work out our problems peacefully through debate, political action and the democratic process.

Cully Stimson is a senior legal fellow at the Heritage Foundation. Both are former Justice Department lawyers.