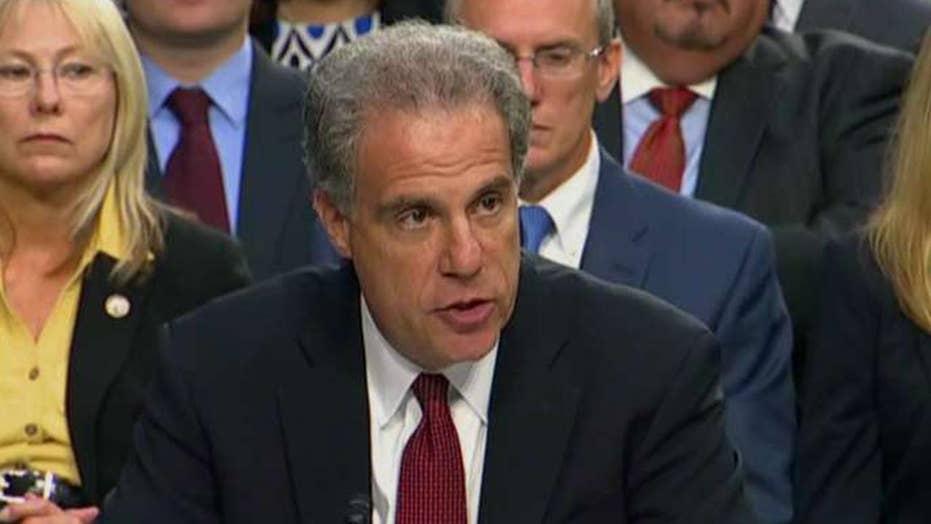 PROGRAMMING ALERT: Watch Jason Chaffetz discuss this op-ed and much more on "Mornings with Maria" on Monday, December 2.

Following a series of four damning inspector general reports over the last two years, there is little doubt the senior leadership of the Obama-era FBI was weaponized in the service of the Democratic Party. But as America awaits what many expect to be the most damning investigation of all, it's fair to ask what has been done to rein in our rogue FBI.

The report on FISA abuse set for release on Dec. 9 is expected to show how the FBI used the Foreign Intelligence Surveillance Act (FISA) to spy on American citizens affiliated with the Trump campaign in 2016. As damning as such a conclusion would be, it will only be the latest in a series of explosive revelations from the Department of Justice Inspector General (IG) Michael Horowitz, some of which got muted coverage from the mainstream press. Advance leaks suggest the upcoming report will, at a minimum, show an FBI lawyer illegally altered documents to justify a FISA application.

Even before next week's anticipated release, we already have IG reports implicating the FBI director, assistant director, deputy assistant director, and chief of the counterintelligence section. Though none of them remain at the bureau, we have seen little reassurance from current FBI Director Christopher Wray that the culture they created has changed.

Thus far, no one has been prosecuted, despite a long string of damaging reports and referrals. An IG can make a recommendation but it is up to the DOJ to prosecute, even if it is one of their own.

A 63-page report released last month found "numerous issues" with the FBI's use of confidential sources during a period that included the 2016 election. That report revealed that the FBI lacked appropriate procedures to vet and maintain oversight of sources like the ones used against the Trump campaign. This created a security risk for the United States. Yet no prosecutions have been announced.

Last August, an even more serious finding was released when the IG determined that the FBI director himself had violated FBI policy and the terms of his own employment agreement in disseminating classified information for release to the media. Though the DOJ could have prosecuted based on the report's findings, it declined to do so.

A May 2019 IG report implicated the FBI deputy assistant director for unauthorized contacts with the media, illegally disclosing sealed court documents and other sensitive information to the media, and accepting gifts from the media. The DOJ declined to prosecute. But why? The IG recommended prosecution.

The IG's June 2018 probe into the Hillary Clinton email investigation implicated the FBI's head of counterintelligence, Peter Strzok, of repeatedly articulating a strong political bias even as he headed up the investigation of Clinton's exposure of classified information. The 500-page report, which reviewed 1.2 million documents and included interviews with more than 100 witnesses, documented numerous questionable decisions that benefited Clinton or damaged Trump, though the IG acknowledged the parties denied their political bias impacted their decisions.

The FBI is in shambles and there has been little to no public acknowledgment of the crisis by the current director. No work by him to stem this tide of political bias is evident to the public.

The report also highlighted an interoffice affair between Strzok and FBI lawyer Lisa Page, both of whom worked on the Clinton and Trump investigations. Next week's IG report is also expected to document an affair between two other FBI lawyers who worked together on the FISA applications.

What is going on at the FBI and why no consequences for such blatant violations of internal policy and the law? And why did these vulnerabilities exist for so long without detection? No doubt adversarial intelligence agencies could have figured this out quite easily, making our intelligence operations vulnerable to exploitation.

Finally, an April 2018 report implicated FBI Assistant Director Andrew McCabe of inappropriately authorizing the disclosure of sensitive information to a reporter and repeatedly lying to investigators about it. The report found McCabe lied four times, three under oath, and that it was done "in a manner designed to advance his personal interests at the expense of Department leadership." Though McCabe was fired, he wasn't prosecuted.

What message does it send when the Justice Department protects its own?

The FBI is in shambles and there has been little to no public acknowledgment of the crisis by Director Wray. No work by him to stem this tide of political bias is evident to the public.

With the release of next week's FISA report, we must demand action by Wray. Given the well-documented wrongdoing by the previous FBI director, deputy director, deputy assistant director, the chief of counterintelligence, and evidently DOJ counsel, the American people are right to question the legitimacy of America's federal law enforcement apparatus.

If the American people are going to regain confidence in the senior leadership of the FBI, the Justice Department will need to prosecute wrongdoing as they would if it weren’t one of their own. Until then, questions of imbalance, favoritism and bias in one direction will persist. Certainly, we deserve better.