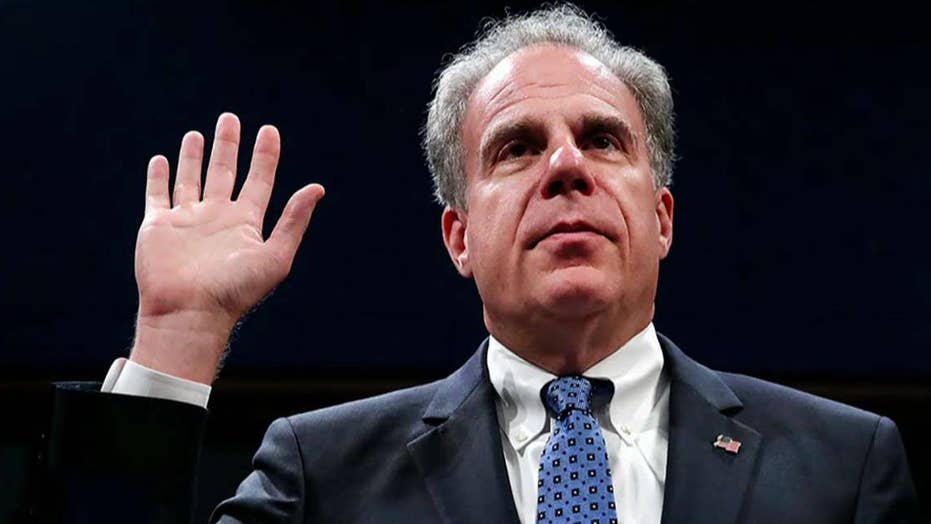 Horowitz report on FISA abuses to have limited redactions

Justice Department Inspector General Michael Horowitz plans to drop his long-awaited report on FBI surveillance during the 2016 campaign just as House Democrats are moving toward likely articles of impeachment.

For allies of President Trump, the timing could be perfect.

No matter how the Foreign Intelligence Surveillance Act review judges the actions of law enforcement with regard to Trump campaign associate surveillance, the report will give Trump the opportunity to shift focus once more to the Russia "witch hunt" -- and, as he has before, attempt to link that to Democrats' escalating impeachment inquiry over his dealings with Ukraine.

“What they have coming out is historic,” Trump himself teased last week, in an interview with "Fox & Friends."

Previewing his rhetorical line of attack, he said: “This was spying on my campaign. ... This was an overthrow attempt at the presidency.”

As he's already telegraphing, Trump is poised to argue anew that he has been the victim of unfair investigations since he was a candidate for president -- and allies say he'll be able to hammer home those claims, at a time when he'll need to keep any wavering Republicans by his side should impeachment head to the Senate for trial.

Horowitz has been investigating alleged FISA abuses related to the Justice Department and FBI's surveillance of Trump associates during the 2016 campaign for more than a year and a half. The report, which is said to have few redactions, is expected to be made public on Dec. 9.

'This was spying on my campaign. ... This was an overthrow attempt at the presidency.'

One House Republican source involved in impeachment proceedings told Fox News on Monday that the president is likely to seize on the findings to argue to lawmakers and the public that he has been unfairly targeted.

“It will be damning evidence that government officials really were trying to sabotage Trump, which is what he’s been saying all along, including during the impeachment debate,” the source told Fox News.

The individual added: “It’ll make it easy for Trump to portray impeachment as yet another political hit job by the Resistance meant to undermine him and oust him—which of course it is.”

Last week, multiple news reports said that Horowitz had found evidence that an FBI lawyer manipulated a key investigative document related to the FBI’s secretive surveillance of former Trump campaign adviser Carter Page. In its initial 2016 FISA warrant application, the FBI described Page as an “agent of a foreign power.”

Horowitz, in the course of his review, found that the FBI employee who allegedly manipulated the document falsely stated that he had “documentation to back up a claim he had made in discussions with the Justice Department about the factual basis” for the FISA warrant application, according to a report by The Washington Post. Then, the FBI employee allegedly “altered an email” to substantiate his inaccurate version of events. The employee has since been forced out of the bureau.

At the same time, the Post reported that the alleged conduct did not affect an underlying finding that the surveillance application for Page "had a proper legal and factual basis."

The details suggest the report could present a mixed picture -- a document members of both parties will likely mine for information favorable to their argument.

Former Trump campaign foreign policy adviser George Papadopoulos -- who believes he, separately, was surveilled during the 2016 election through human sources while doing work overseas -- said the leaks surrounding the report were meant to reflect favorably upon law enforcement but warned there is likely damaging information forthcoming. 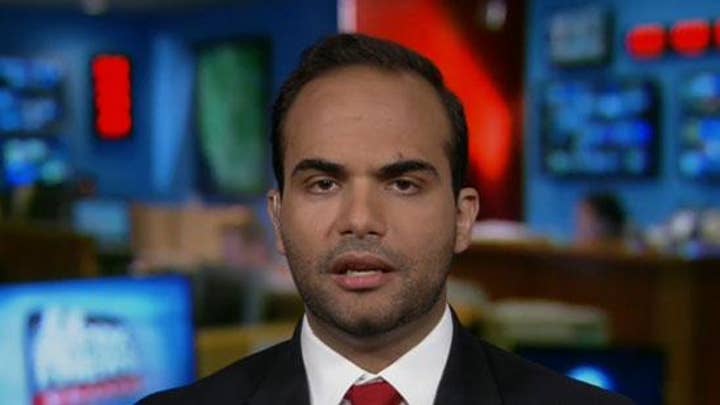 “I think these leaks were incredibly timed,” Papadopoulos said on “Fox & Friends” Monday. “I think the report is not going to be as pleasant as many think it’s going to be for the FBI. And it’s actually probably going to lead into criminal prosecutions that [prosecutor John] Durham is going to end up taking over for.”

Horowitz is expected to testify before the Senate Judiciary Committee on Dec. 11, another event that will keep the FISA matter in the headlines. Horowitz has said that his final report would be released publicly, with few redactions, and noted that he did not anticipate a need to prepare or issue “separate classified and public versions of the report.”

Horowitz's report could even spark new congressional investigations while offering information to other federal reviews probing allegations of abuse by the Justice Department and the FBI, giving Republicans yet another chance to turn the tables on Democrats amid the impeachment probe -- something they've already sought to do by focusing on allegations against the Bidens, as opposed to the allegations Trump wrongly pressured Ukraine to investigate the same issue.

The Justice Department and the FBI obtained warrants in 2016 to monitor Page. Page told Fox News earlier this month he was "frustrated" he had not been interviewed in Horowitz's probe.

According to a House GOP memo released in 2018, the unverified anti-Trump dossier “formed an essential part” of the approval of the warrant. The dossier was authored and compiled by ex-British intelligence officer Christopher Steele, and was created on behalf of Fusion GPS—the firm that was hired to conduct opposition research funded by the Democratic National Committee and the Hillary Clinton campaign through law firm Perkins Coie.

Additionally, former Special Counsel Robert Mueller was unable to substantiate key claims in the dossier, including that the Trump campaign employed hackers in the United States, that there was a compromising recording of the president in a hotel room, and that ex-Trump attorney Michael Cohen flew to Prague to build a conspiracy with hackers. Cohen has denied ever heading to Prague, and no public evidence has contradicted that claim.

Meanwhile, sources told Fox News last month that U.S. Attorney John Durham’s separate, ongoing probe into potential FBI and Justice Department misconduct in the run-up to the 2016 election through the spring of 2017 has transitioned into a full-fledged criminal investigation—and that Horowitz’s report will shed light on why Durham’s probe has become a criminal inquiry.

Durham has reportedly taken up Horowitz’s findings concerning the falsified FISA document, meaning the ex-FBI lawyer who made the changes is now under criminal investigation.

The FISA report comes after a packed spree of impeachment hearings led by House Intelligence Committee Chairman Adam Schiff, D-Calif. He announced a report is now being prepared for the Judiciary Committee, signaling that his panel is wrapping up its work. That committee could eventually draft articles of impeachment for a floor vote; if approved, the debate would shift to the Senate.

There, Trump’s allies, including Sen. Lindsey Graham, R-S.C., are already indicating they will look more closely at allegations involving Democrats.

At the center of the impeachment inquiry, which began in September, is Trump’s July 25 phone call with Kiev. That call prompted a whistleblower complaint to the intelligence community inspector general, and in turn, the impeachment inquiry in the House. Trump challenged the accuracy of the complaint, though the transcript released by the White House did support the core allegations that he pressed for politically related investigations.