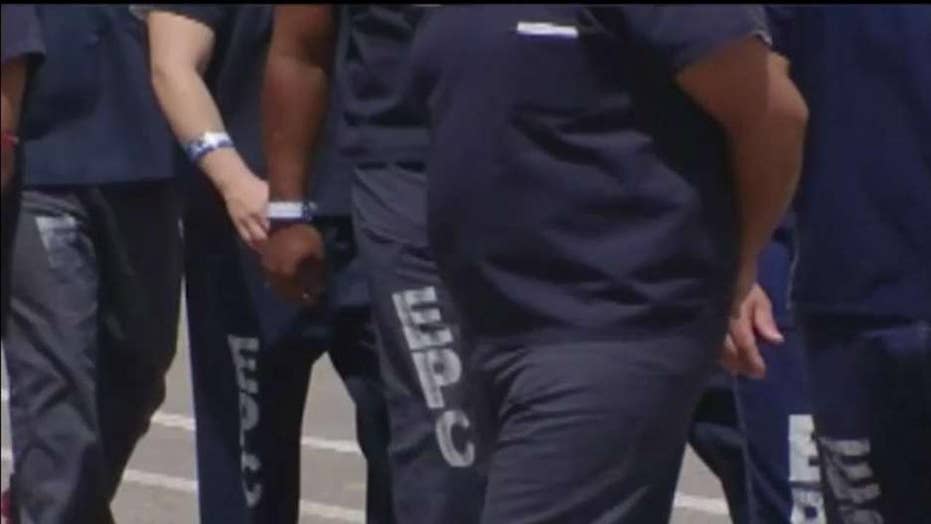 A group of more than 20 congressional lawmakers made their way to El Paso, Texas to investigate conditions at migrant facilities and checkpoints; Garrett Tenney reports.

Rome wasn’t built in a day. It is an axiom commonly used to dissuade people from expecting more than is humanly possible.

U.S. Customs and Border Protection (CBP), one of the agencies charged with dealing with the migration crisis along our southern border, should also not be expected to do the impossible. CBP is on pace to apprehend more than a million illegal border-crossers this fiscal year. In the past, the vast majority of those apprehended at the border were turned back. Now, the majority enter claims of political asylum, or are unaccompanied minors, who cannot be quickly repatriated to their homelands.

Apprehending illegal entrants is where CBP’s workload really begins. After apprehending migrants, CBP is obligated to process individuals. When dealing with asylum seekers, they need to provide a "credible fear" hearing — the initial (and extraordinarily low) bar in pursuing an asylum claim. Next they need to collect a variety of personal and biometric information, set hearing dates for their claims, and establish where the asylum claimants will be until that date.

STEVE HILTON: ON IMMIGRATION, TRUMP SPEAKS FOR AMERICA WHILE DEMOCRATS PANDER TO THEIR BASE

At least, in theory, CBP is obligated to determine if the people seeking entry to the country have communicable diseases that might pose a public health risk. They also, in theory, need to determine that the person before them isn’t a criminal or a terrorist.

If family units are apprehended, CBP is required to determine that they actually are a family, and that the minors in tow are not being trafficked or in some way in danger from the adults who are bringing them across, which necessarily requires some period of separation of adults and kids. Unaccompanied minors must be placed in someone’s custody — either a relative or some other sponsor, or the Department of Health and Human Services (HHS). If a minor is placed in the care of an individual, CBP and/or HHS have to be reasonably certain that the sponsors are legitimate and do not pose a danger to the welfare of the child.

All of these obligations — to the asylum-seekers, to the unaccompanied minors, and to the American public — take time. Meeting even the most minimal obligations to all the parties involved means that people who enter the country without visas must be detained. The problem is that the system and the infrastructure was never designed to deal with the current volume. As a result, people are often held for extended periods in facilities that were supposed to hold people for no more than a day or two.

Perhaps we should have seen it coming and been better prepared than we are now. But that doesn’t change the fact that we are where we are: Not enough CBP manpower, not enough judges, and woefully inadequate detention facilities, health care professionals, and educators for the growing number of minors arriving at our borders.

Many detention facilities provide better-than-adequate care for families and minors, though such facilities receive little attention from the media or grandstanding members of Congress. Others fall short. When detention of anyone — adults or children — falls short of our own standards it is not because CBP or other agencies are being deliberately "cruel" or "inhumane." It is because these agencies are being forced to deal with a crisis with the limited resources at hand. Even with the additional $4.6 billion recently appropriated by Congress, it is not feasible to create the necessary infrastructure to accommodate an influx equivalent to the population of San Jose, California. That's how many people will pour across the border this year.

Moreover, the people who are excoriating CBP and other agencies for failing to do the impossible are failing to rectify the situation. In addition to proscribing the use of the supplemental appropriation to enhance border security and enforcement, or creating additional detention space, Congress refuses to close gaping loopholes in our laws that created the current situation. The evident flaws invite people to exploit our asylum policies and use children as an almost certain guarantee of being released into the United States.

And so, the crisis persists, the numbers grow, and conditions worsen, while the people responsible for the mess point fingers at those charged with the thankless task of coping with it. None of us should feel proud of the situation playing out at the border — it is a humanitarian and national security crisis born of our own dysfunctional politics.

But CBP is not to blame. Tasked with doing the impossible, they are being set up for failure by a political class that cannot even carry out the most basic responsibilities of sovereignty. Until Congress does act, CBP will necessarily fall short in its obligations to the American people, or the people in its custody. Or both.