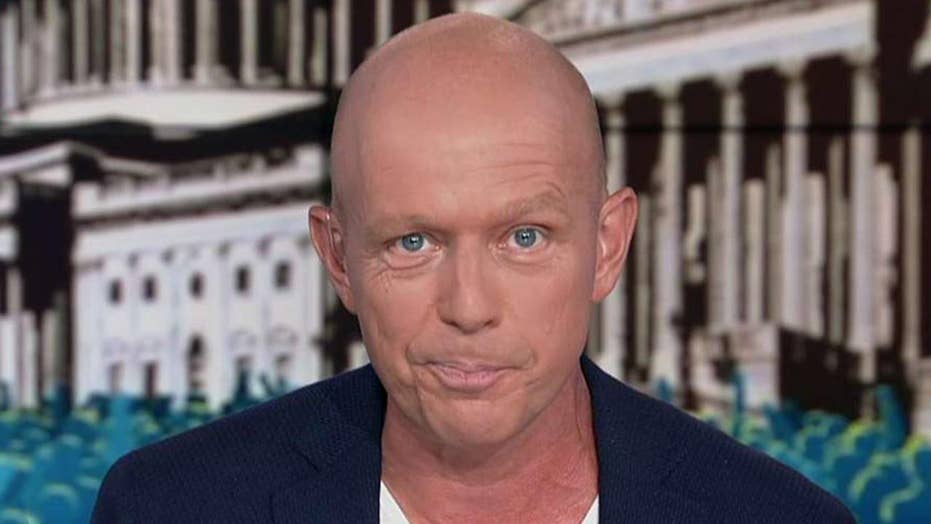 Steve Hilton: When it comes to immigration, the Democrats really are the party of the 1 percent

On immigration it looks suspiciously as if it's the Democrats who are pandering to their base, while President Trump is speaking for the majority of Americans.

Where do the American people stand on immigration? What do you want done?

If you listen to the Democrats and the establishment media, President Trump's stand on immigration is out of touch with the American people. Instead he is - and how many times have you heard this -" just pandering to his base." Here's a taste of the establishment view:

Senate Minority Leader Chuck Schumer, D-N.Y.: "I have not seen the president be serious about dealing with immigration. He’s used the issue, riles up his base."

Former Vice President Joe Biden, 2020 presidential candidate: "This is about dividing and raising the issue of racism across the country because that’s his base."

House Speaker Nancy Pelosi: "The president is throwing red meat to his base when he does that."

Sen. Cory Booker, 2020 presidential candidate: "This fear-based culture, it’s a toxic thing that he’s doing, it may help him gin up parts of his base."

Really? Let's see what Americans -- all Americans, not just "Trump's base" -- actually think on immigration. Let's start with the biggest and best-known idea  - build the wall. That's just red meat for the base, right?

And there's another Trump immigration proposal that 60 percent of Americans actually support, but which the establishment dismissed as immoral, racist, fascist, etc. And that is putting a citizenship question on the census. Yes, 60 percent agree with that idea, even if, as the poll question put it, fewer people might fill out the questionnaire.

On to asylum claims. When the president says there's widespread abuse of the asylum rules, that many who claim asylum aren't really fleeing persecution, the Democrats and the establishment media scream that's racist, that he's just riling up his base. Is he?

Well, more people agree with President Trump on this one, too. So who's racist now?

The Democrats also love blaming the president for the chaos at the border and a "manufactured crisis." He says it's Congress' fault for not fixing the stupid immigration laws. Where are the American people on this one? Well, it's close, but more people blame the Democrats in Congress than President Trump. So here's an idea, Nancy Pelosi. Why don't you get off your high horse, stop the sanctimonious lectures and actually help solve the problem by passing common-sense immigration reform?

Ok now let's look at who's really pandering to their base instead of reflecting the mainstream view. Remember this in the first democratic presidential debate?

Free health care for illegal immigrants. Who supports that? Well turns out it's 38 percent. And 59 percent of Americans oppose it. Even in deep blue loony left bastion California, a majority oppose this. So much for the line about red meat for red states.

Ok then, let's look at open borders. Many commentators -- including on the left and the Never Trump right  -- have said that the Democrats, although they reject the label, are now effectively for open borders if you look at the practical impact of their policies. So when President Trump slams the Democrats for being for open borders, is he just "riling up his base"? Well, no. It turns out he's speaking for America.

The Democrats and the establishment media were totally up in arms over deportations the other week. "It's immoral. It's evil. Americans don't want people deported. It's not who we are." Really? Let's check the facts. 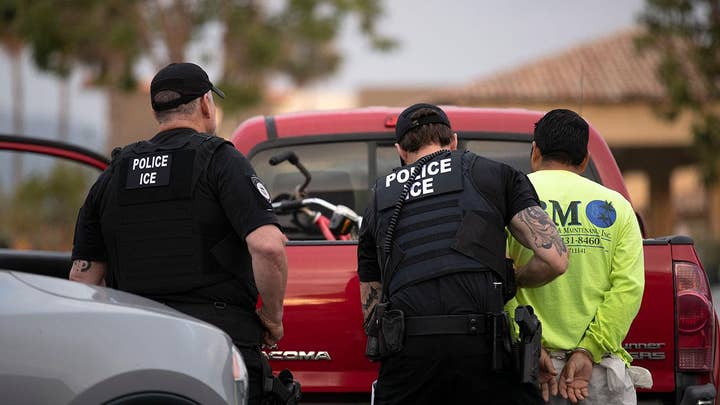 A quarter of Americans want all illegal immigrants deported, regardless of whether they've committed another crime as well. And 45 percent want illegal immigrants who have committed another serious crime to be deported. And look how many support the no deportations position: 1 percent. Exactly 1 percent. Yes, we can confirm that when it comes to immigration, the Democrats really are the party of the 1 percent.

And so, as we have shown you with data -- with facts, not opinion --- on immigration, it looks suspiciously as if it's the Democrats who are the ones pandering to their base while President Trump is speaking for America. For the majority of Americans.

Adapted from Steve Hilton's monologue on "The Next Revolution" on July 28, 2019.