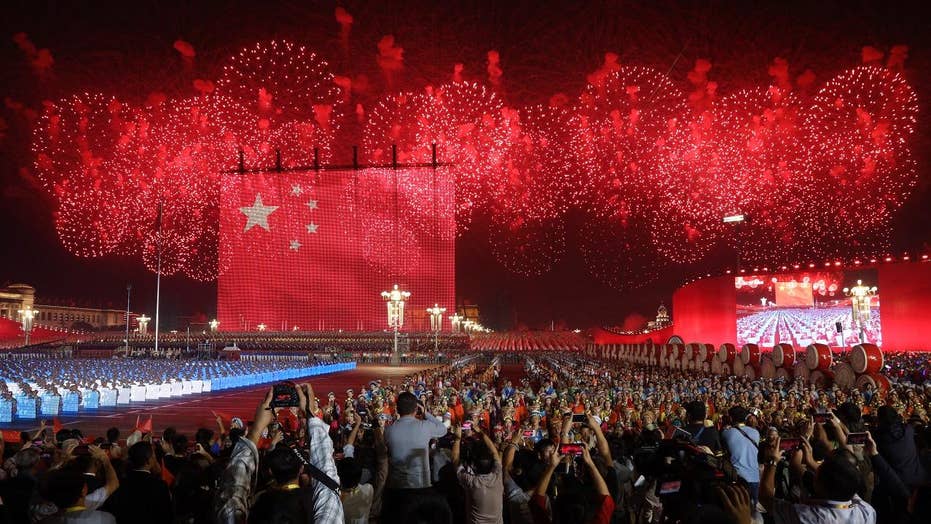 China sent the world a loud wake-up call Tuesday with one of the largest military parades in global history to mark the 70th anniversary of the establishment of Communist Party rule. The parade was evidence of a serious threat China poses not just to its Asian neighbors but to the U.S. itself.

This is something every American ought to be worried about – particularly members of Congress – regardless of political party. But unfortunately, the Democratic obsession with removing President Trump from office is dominating the news and taking attention away from China’s growing military might, along with just about all else.

Chinese President Xi Jinping presided over the display of Beijing’s military muscle and promised that “no force can shake the status of this great nation.”

The new Chinese weapons, some of which took decades to develop, make the threat posed by North Korea look small by comparison and rival the threat to the U.S. posed by Russia.

And that was just for starters. Beijing also put on display two versions of what defense experts have dubbed “carrier-killer” missiles.

Chinese President Xi Jinping presided over the display of Beijing’s military muscle and promised that “no force can shake the status of this great nation.”

Named the DF-21D and DF-26, these missiles could give China the ability to fundamentally challenge the balance of power in Asia by rendering U.S. naval warships and carrier battle groups potentially obsolete. The missiles could turn the mighty aircraft carrier into the modern-day version of a battleship – a tourist attraction as a floating museum rather than a weapon of war.

If conflict were to break out, China would use its carrier-killer missiles as a first-strike weapon. Fired from as far as almost 1,900 miles, the missiles would come down on their target at a speed approaching 20 times the speed of sound with devastating destructive power.

The new Chinese missiles could have a powerful impact even if they are never fired, because they could serve as a deterrent that would keep U.S. warships away from China’s coastline and areas of contention like Taiwan and the South China Sea.

As a result, Beijing might be able to win a future conflict simply by keeping Washington from coming to the aid of an ally in need.

The good news is that the Trump administration understands the growing Chinese military threat and has laid out strong plans to ensure our interests in Asia and those of our allies are protected.

As an example of this understanding, President Trump made the right call in withdrawing from the Intermediate-Range Nuclear Forces treaty, which limited the U.S. from developing its own missiles that can counter China’s missile buildup. And, in fact, Washington is already testing new missile platforms that could very well turn the tables on China in a military clash.

Trump has also increased overall military spending, reversing the disastrous cuts that damaged military readiness under the Obama administration. In addition, Washington is once again building new generations of attack and ballistic missile submarines, working to ensure our allies have the equipment to withstand a Chinese strike while also getting serious on missile defense.

Then there is Trump’s push to ensure China’s military rise does not come from economic growth stolen in unfair trade practices.

Before Trump took office, it was common practice in Asia circles to say that China’s economic rise was unstoppable, and that unfair trade was just something we must accept as the price of doing business with Beijing. That narrative is dead, as the Trump administration seems determined to strike a fair and reciprocal trade deal, no longer allowing China’s mercantilist trade policies to underwrite its military rise.

But as is often the case when challenges arise in Asia, Washington seems destined to become distracted once again, thanks to the unending desire by Democrats to impeach the president.

If America turns inward for too long thanks to this unnecessary and sad attempt by Democrats to depose Trump because they can’t win at the polls, many of our allies and partners in Asia could very well come to question our commitment to take on the China challenge. And that would suit Beijing just fine.