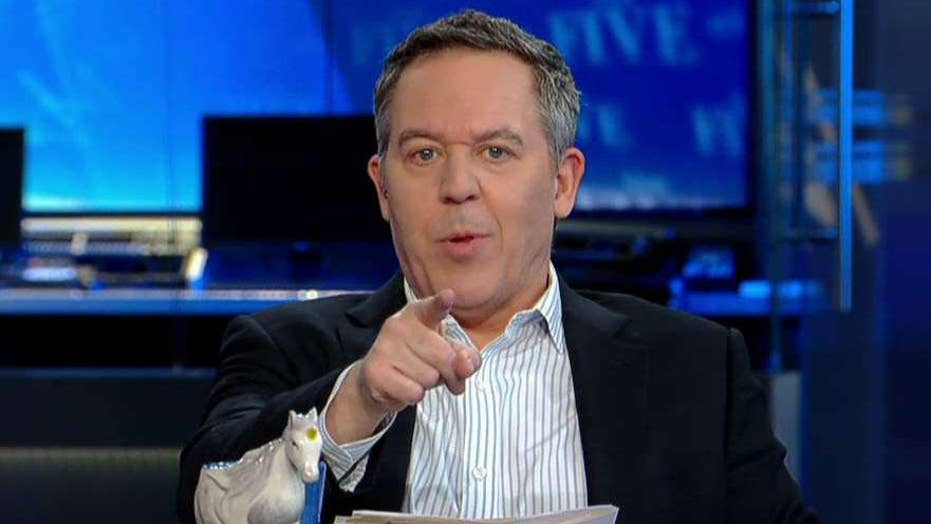 Gutfeld on crisis or no crisis at the border

On our southern border, first we were told illegal immigration was creating a crisis.

Then it wasn’t. Then it was. What could it be now?

ARI FLEISCHER ON THE BORDER CRISIS: 'I JUST SEE NO EVIDENCE THAT THERE'S A MOOD TO COMPROMISE IN WASHINGTON'

CNN reported Jan. 10: “Some question if there is a crisis at all, as the president has claimed.”

But then CNN reported March 29: “We do have a crisis at the border.”

CNN anchor Don Lemon said Jan. 8: “An intelligence official, tells CNN: ‘No one is saying this is a crisis except them.’

Sen. Dick Durbin, D-Ill., said on MSNBC Jan. 17: “We sit down instantly to start negotiating an end to this border security crisis.”

CNN’s Jim Acosta said Jan. 10, from the border: "No sign of the national emergency that the president has been talking about. As a matter of fact, it's pretty tranquil down here."

How can you make sense of this?

Journalism these days is just another form of hysteria. A cynical person might think that if the press can't pin the crisis on you, then the crisis doesn't exist.

Meanwhile, we see the crisis with our own eyes. We see the coyotes as people who traffic in suffering. The media just see them as goofy, colorful tour guides. That's the result of childish denial. It'll make you say anything other than the truth. Stuff that borders on the obscene.

The border crisis is a long-term problem that makes problem solvers, in the short term, look like the bad guy. You're the parent threatening to take away the kid's avocados.

Meanwhile, the Democrats and the media don’t know what a crisis actually is. They're like a sailor saying his leaking boat works great, until it’s in the water. That’s how they see the border. It works just fine, until someone is crossing it.

Now you have thousands crossing daily, and the media reverts to its usual amnesia – it's a crisis again!

Anchor Chris Cuomo said on CNN: “This migrant situation is called a crisis. But you know what? That word is overused and doesn't do the situation justice. We're going to show you what's happening here. It's not easy to see. Let's shine a light on what is obvious. What do you say? Let's get after it.”

But what do you expect? For two years, the media were screaming that we had a Russian plant in the White House, never contemplating their hysteria’s effects. Thankfully, smarter people kept them from destroying the country even as they destroyed their own credibility.

That’s the bigger crisis: a failed media trying to tell you what matters.