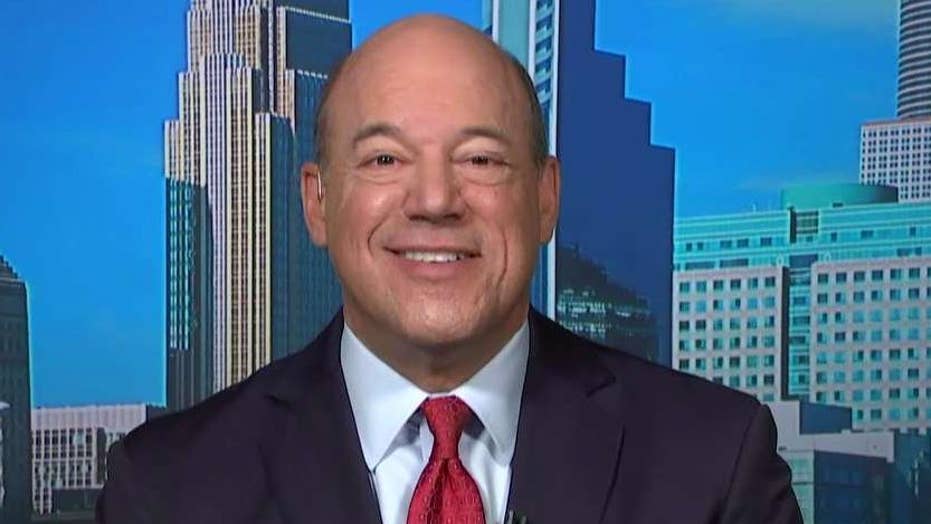 Former White House Press Secretary and Fox News contributor Ari Fleischer Wednesday compared the immigration crisis to overseas passengers arriving at the nation's airports, not going through customs and “simply getting off their planes and blending into our communities.”

On Tuesday, Homeland Security Secretary Kirstjen Nielsen said the Trump administration is treating the immigration crisis as a “Cat 5 hurricane disaster” and that she has directed agencies to “surge resources and personnel” toward border security and migration management.

“She’s right,” Fleischer said on "America's Newsroom" in response to Nielsen’s comparison of the border crisis to a natural disaster. “For decades the federal government has known we’ve had problems and for decades the federal government has failed to do anything about it. And now President Trump is stuck with this. And the heart of the problem, of course, is that if you bring children to the United States and you apply for asylum, you know you can get away with it so our system is incentivizing this.”

Fleischer, who served as President George W. Bush's press secretary from 2001-2003, offered what he said is another way of looking at the situation at the border, “Pretend that planes were landing at JFK, Newark, Chicago, LAX every single day, and instead of the people coming from foreign countries going through customs or immigration, they simply got off their planes and blended into our communities. That’s what’s happening at the southern border everyday.”

President Donald Trump has declared an emergency at the southern border, and in recent days has mulled closing it in response to the increase in illegal border crossings -- while calling for Mexico to increase efforts to stop the migration flows on their side.

The president also moved to cut aid to El Salvador, Honduras and Guatemala.

Meantime, Nielsen will travel to the southern border this week with plans to visit ports of entry and speak with law enforcement officials before joining President Trump in California on Friday near a section of border wall, DHS officials told Fox News.

On Wednesday Trump tweeted, “Congress must get together and immediately eliminate the loopholes at the Border! If no action, Border, or large sections of Border, will close. This is a National Emergency!”

According to Senate Majority Leader Mitch McConnell, R-Ky., closing the border completely would disrupt manufacturing supply lines and the flow of goods ranging from avocados to cars, making for a "potentially catastrophic economic impact."

Fleischer said it’s a “tough move and sometimes you have to take tough moves to make people get off their positions.”

“It would create economic pain on the Mexican side of the border and on the American side of the border. And on the Mexican side, the question is, would it create such economic pain that they start to put pressure on their government to stop people from getting into their country, traversing it to get into America?" Fleischer asked. "On the American side, would it put pressure on people (to) say ‘finally federal government, do something about this.' I just see no evidence that there’s a mood to compromise in Washington and that’s the magic word. The Democrats have got to support law enforcement, border enforcement. Republicans have got to welcome immigrants legally to this country. That’s called comprehensive immigration reform and it needs to be done.”