The 44th president is peddling his latest memoir “A Promised Land,” a 768-page chunk of cement whose conceivable plunge onto Joe Biden’s foot might explain the hairline fractures that Obama’s veep suffered Saturday. (Biden, less plausibly, blames his broken cuneiform bones on playing with Major, one of his two German Shepherds.)

The same liberals who accuse President Donald J. Trump of narcissism ignore the fact that Obama’s third (!) autobiography is more voluminous than Dante’s "Inferno." And, who could forget the photos of Obama admiring himself in a filthy mirror in the White House and snapping pictures of himself with a selfie stick?

But, much worse, Obama is — among many other wretched things — a divisive, self-oblivious ingrate.

“What’s always interesting to me is the degree to which you’ve seen created in Republican politics the sense that white males are victims,” Obama told “The Breakfast Club” radio show last Wednesday. 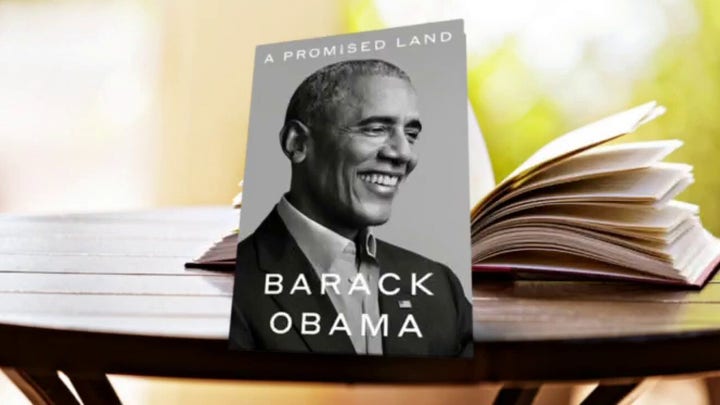 He inarticulately continued: “They are the ones who are under attack — which obviously doesn’t jive with both history and data and economics. But that’s a sincere belief, that’s been internalized, that’s a story that’s being told, and how you unwind that is going to be not something that is done right away.”

So, white-male grievance fueled President Trump’s 74 million votes on Election Day 2020. Wow! What a great way to bring Americans together, as Democrats never stop claiming they want to do. 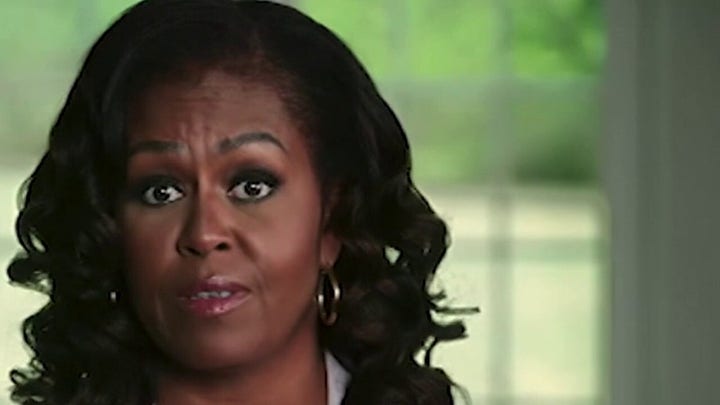 This theory might not be so outlandish. After all, "The Breakfast Club" is where Biden declared last May: “If you have a problem figuring out if you’re for me or Trump, then you ain’t Black.”

So, 40.4 million minorities and women identified deep-down as grumpy white guys or — what a concept! — these 25.7 percent of all voters believed that four more years of Trump would benefit them, their loved ones, neighbors, and nation.

Obama saved particularly ugly words for a segment of Americans who backed Trump 32 percent, versus 28 percent in 2016.

“People were surprised about a lot of Hispanic folks who voted for Trump. But there are a lot of evangelical Hispanics who, you know, the fact that Trump says racist things about Mexicans or puts detainees, you know, undocumented workers in cages — they think that’s less important than the fact that he supports their views on gay marriage or abortion.”

Proving that he is more divisive than an ax splitting firewood, Obama cleaved Hispanics into the “good ones,” who vote Democrat, and the “bad ones,” whose religion allegedly made them endorse Trump.

Obama’s acrimony exposes either his complete ignorance or total deceit. “The fact that he [Trump] supports their views on gay marriage” suggests that Hispanics oppose gay marriage.

And so does President Trump.

Obama came out for gay marriage after Biden did in 2012. True to form, Obama led from behind. Indeed, in 2008, as a presidential contender, Obama said he would keep marriage between one man and one woman.

Obama also revealed his holistic lack of self-awareness when he slammed Trump for placing “undocumented workers in cages.” Obama’s self-oblivion is staggering. Has he really forgotten who installed these cages?

The BBC’s institutional memory is more reliable than Obama’s convenient amnesia. “These chain-link enclosures were built during the Obama presidency. Some 60,000 unaccompanied minors stopped at the southern border were detained in these cells during one summer alone in 2014,” the BBC remembered.

Even more damning: “The Obama administration also separated migrant children from adults at the border, though only in rare circumstances.”

And let me be clear: Obama’s cages were not for “undocumented workers,” as he claimed. They were crafted for kids. Period.

This is textbook-grade psychological projection, which is a key Democrat offering, along with defunding the police and overlooking the domestic terrorism of ANTIFA, Black Lives Matter, and their comrades in the ascendant hard left.

Obama’s worst sin — and that of his wife — is breathtaking ingratitude.

She said November 7, via Twitter: “Let’s remember that tens of millions of people voted for the status quo, even when it meant supporting lies, hate, chaos, and division.”

Rather than excoriate the Prejudiced States of America, the Obamas should say thank you.

-They should thank America for giving them 69.5 million votes or 53 percent of 2008’s ballots.

-The Obamas should thank America for handing them 62.6 million votes or 51 percent of 2012’s ballots.

-Barack Obama’s popularity is at 58 percent, according to a YouGov survey. His latest book about himself sold 1.7 million copies in its first week.

-"Michelle Obama holds on to her position as world’s most admired woman having ended Angelina Jolie’s run of dominance last year,” YouGov reported September 25. “Jolie herself has risen one place since last year to second, with Queen Elizabeth II also rising one rank to become the world’s third most admired female.” (This study also found Barack is Earth’s most-admired man, and he and Michelle are Americans’ most-admired man and woman.)

-Michelle Obama’s book sales outpace even her husband’s. Her memoir has retailed 10 million copies. In fact, it remains available solely in hardback. It has not slowed down enough to merit a paperback release.

And yet, Michelle insists, America is awash in race hatred.

Along with this whiny wife, Obama should focus on the ex in ex-president and leave the rest of us alone.