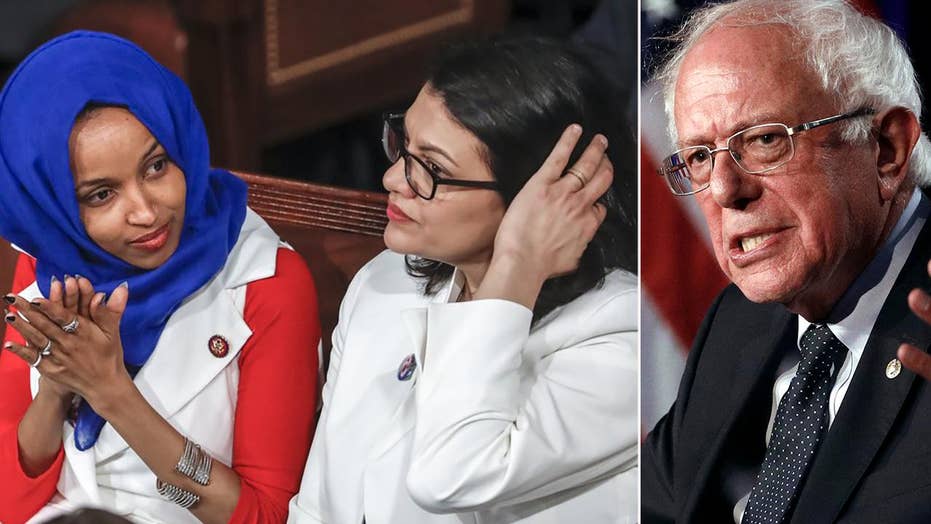 Ocasio-Cortez and Omar have won immense praise from virtually every corner of the mainstream press and among the most extreme leftists in the Democratic Party. Both have been key players in promoting the “Green New Deal,” the most economically dangerous policy proposal offered in modern American history. (Sanders cosponsored Ocasio-Cortez’s Green New Deal resolution in the Senate earlier in 2019.)

Or, put more simply, the Green New Deal would transform America’s economy into a government-managed socialist nightmare. No wonder Ocasio-Cortez likes Bernie so much!

The timing for an endorsement couldn’t be better for Sanders, whose campaign took a big hit two weeks ago after the 78-year-old senator experienced a heart attack that forced him temporarily off the trail and gave a big boost to Sen. Elizabeth Warren, D-Mass. Warren enjoys a strong lead over Sanders in most polls and is seen as the primary challenger to former Vice President Joe Biden, who remains the front-runner. 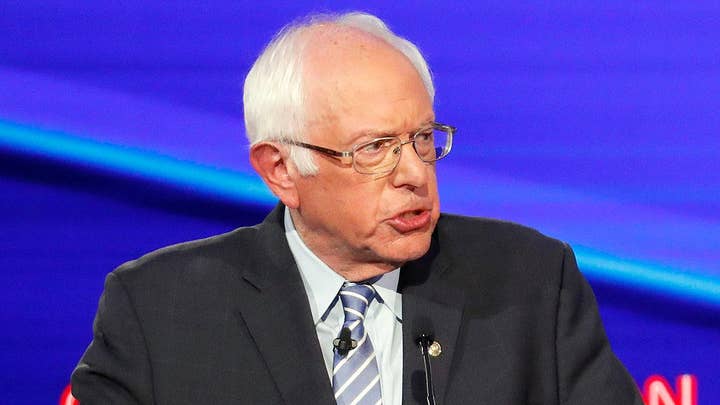 Ocasio-Cortez and Omar’s endorsement of Sanders will likely help Bernie win greater support among young socialists and progressives in the primary race.

One of Sanders’ biggest campaign weaknesses has been that although he has all the necessary socialist credentials to win a primary race in the modern Democratic Party, he remains an old, wealthy, white guy trying to win a nomination in a party currently obsessed with identity politics.

Ocasio-Cortez, a charismatic 30-year-old Latina, and Omar, 38, one of the first two Muslim women to serve in Congress, will help to improve his image among those who seem to believe age and race are among the most important qualifications for the nation’s highest office.

But whatever help Ocasio-Cortez and Omar’s support will offer Sanders in the upcoming primaries, it will most assuredly be heavily outweighed by the significant political damage these endorsements will have during the general election. Among many American voters, including middle-of-the-road Democrats, Ocasio-Cortez and Omar are about as politically toxic as it gets. In fact, “toxic” is probably a big understatement; they’re the Chernobyl of modern American politics.

A poll conducted by Axios of white, likely 2020 general election voters, with less than two years of college education—a demographic Democrats need to do better with in 2020 than they did in 2016 to have any chance of defeating Trump, found that although recognition of Ocasio-Cortez and Omar was high, support for both young socialists was extremely low. Only 22 percent of those surveyed said they had a favorable view of AOC, and only 9 percent said they had a positive view of Omar. Yes, you read that correctly—just 9 percent.

Further only 18 percent of those surveyed said they had a favorable view of socialism, while nearly seven in ten said they disapprove of socialism.

In July, Axios reported a “top Democrat … invoiced in 2020 congressional races” indicated that the internal polling data conducted of AOC was so bad that it “could put the [House] majority at risk.”

Other polling data show Ocasio-Cortez’s popularity in the toilet with other demographics as well. A March Quinnipiac survey revealed only 23 percent of Americans had a positive view of Ocasio-Cortez. Even in her home state of New York, AOC’s support is lackluster. A survey released in August found only 41 percent of New Yorkers like Ocasio-Cortez, roughly the same percentage of Americans across the country who said they have a favorable view of the freshman congresswoman.

The data couldn’t be clearer: Americans don’t support Ocasio-Cortez and Omar’s radical vision for America, so why would Bernie want to tie this gigantic anchor around his neck? Answer: He’s getting increasingly more desperate now that Warren’s campaign has started to surge.

Right from the start, it was apparent that for either Warren or Sanders to beat Biden, it would likely be necessary that one of the two would need to drop out of the race sooner rather than later.

Both Sanders and Warren come from the same region of the country and enjoy significant support within the most radical, socialist wings of the Democratic Party. Although the far left has unquestionably hijacked the DNC, it’s possible there still aren’t enough socialists in the party to push either Sanders or Warren in front of Biden while the vote is divided. From now until the primaries, the goal for Sanders and Warren will continue to be to try to build enough support to convince the other to drop out.

But all this political maneuvering will come at great cost. In order for Democrats to beat President Trump, they’ll need to do what Hillary Clinton couldn’t: win in much of the Midwest, in places like Michigan, Pennsylvania, and Wisconsin. Endorsements from AOC and Omar might make that incredibly difficult task even more insurmountable for Sanders, who already faced an uphill battle with voters because of the unpopularity of socialism in America’s Heartland.

With each passing day, it’s becoming more apparent that the leading Democratic Party candidates are digging the 2020 hole deeper and deeper, a clear sign that they are totally out of touch with the views of most American communities. How many times will they have to lose elections before they realize that people in the Heartland don’t share the same vision for the future as people like AOC and Ilhan Omar?

Based on the current campaign cycle, it appears the answer is at least one more presidential election.